Goodbye SPG: What Families Should Know About the New Combined Marriott Program

Articles
Summer Hull , aka Mommy Points, ran the Mommy Points site for families who want to travel more for less using miles and points for seven years. She now heads up a variety of special projects at TPG when she isn't exploring the world with her own two girls.
Follow
April 16, 2018
•
10 min read 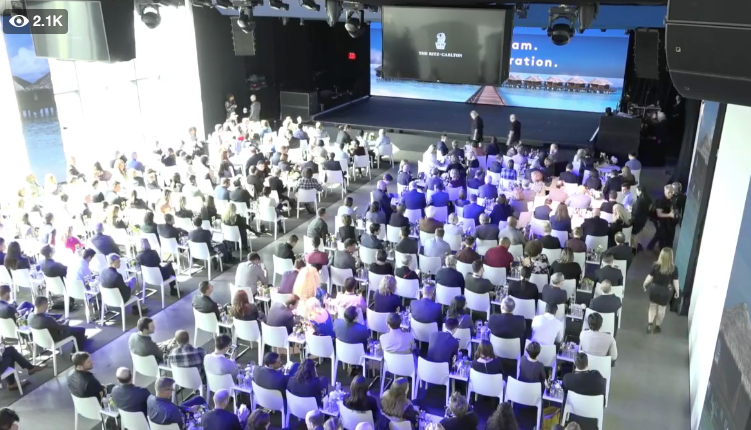 Goodbye SPG: What Families Should Know About the New Combined Marriott Program
This post contains references to products from one or more of our advertisers. We may receive compensation when you click on links to those products. Terms apply to the offers listed on this page. For an explanation of our Advertising Policy, visit this page.

The big and very much anticipated Starwood and Marriott announcements came this afternoon live from New York City and many of our questions and concerns about what comes next for Starwood and Marriott have now been answered. As we knew would be the case, it isn't all great news for traveling families, but it isn't all bad news either. Let's dig into what traveling families need to know about the coming SPG and Marriott changes, that you can read about in detail here.

Overview of SPG and Marriott Changes

First things first, these guys are now huge with 110 million members and the largest hotel portfolio in the world with over 6,500 hotels and 29 brands in 127 countries and territories. They are opening a new hotel an average of every 14 hours, and one out of four hotels under construction right now is in the Marriott/Starwood/Ritz Carlton family. They are taking all of these members and brands and combining them into one (yet to be named) loyalty program beginning in August, though the current names as we know them will live on until 2019. None of the changes to be discussed will take place before August 1st, so you don't need to do anything right this second other than breathe and absorb the changes.

Despite their massive size, they heard the concerns and said they were committed to not reducing benefits. A lighthearted moment on the live stream was when it was said that "we read your blogs". While not all the changes are positive, we were told that on average members will earn 20% more points while in hotels than they do now and that more hotels will go down in price than up when the new award chart is released.

Your SPG points will all be converted to Marriott on August 1, 2018, at the current 1:3 transfer ratio. Going forward, the award chart will use a Marriott style of award pricing. If you look at the bottom tier of the award chart, that means that in 2018 the cheapest hotels will be the equivalent of 2,500 SPG points per night, which is only slightly higher than they start now. I'm very intrigued by the top end of the chart as it seems to imply that the top-notch properties will be capped at the equivalent of 20,000 SPG points per night from August - December 2018. That almost seems too good to be true as currently, standard SPG rooms go as high as 35,000 SPG points per night at places like the St. Regis Punta Mita. Is it possible there will be a window to score a great deal at a top tier hotel?

Going forward, there will still be cash + points options and the ability to pay for four nights and stay five nights on points.

Earn More Points in the Hotels, Less on the Credit Cards

The theme here seems to be that you will on average earn more points while in the Marriott/SPG/Ritz Carlton Hotels, but less on everyday spending put on the SPG Amex cards. Non-elites will earn 10x points per dollar except at three brands - Element, TownePlace Suites, and Residence Inn, where the earning will be 5x points per dollar. Food, beverages, and incidentals charged to the room will count towards points earning totals.

As expected, the ability to qualify for elite status on stays is ending, but you will have one last chance to qualify for Platinum status with 25 Starwood stays in 2018, which will be my plan. It sounds like when the combined program arrives, you will only earn elite credit for your room instead of earning on up to three rooms at a time as you can currently with Starwood. This stings for families who like to book multiple rooms and spread out while earning elite status faster. Also as expected, most meaningful elite status benefits such as breakfast and lounge access don't kick in until the 50 night Platinum level, however that can be reached with just an annual total of 35 nights if you have one of the co-branded credit cards.

As was rumored, the Ambassador level does have an annual spending requirement along with a stay requirement similar to how many airlines operate their elite status requirements, but the other levels only have an annual nights requirement. When you combine Starwood and Marriott accounts in August, you may achieve a higher elite tier based on combined Marriott Rewards and SPG nights stayed at any of the 29 brands, starting from January 1, 2018. However, if you are qualifying a final time based on 25 SPG stays in the year, your Marriott stays will not count towards that total.

The breakfast offering for Platinum members and above will be expanded to 23 participating brands, including Courtyard, AC Hotels by Marriott, Protea, and Moxy, as well as at resorts. However, Ritz-Carlton, Editions, Design Hotels, Gaylord Hotels, Marriott Vacation Club, and Marriott Executive Apartments still don't have to provide breakfast to elites.

I don't actually use my SPG points to transfer to airlines, but I know many of you do use your SPG points in that manner, so don't worry as it will remain a feature of the combined program. You will be able to transfer your points to more than 40 airlines at a ratio of 3 points = 1 mile, with a 15,000 point bonus for every 60,000 you transfer. This essentially means that the current SPG airline transfer ratio stays.

I'll do a whole separate post on this soon, but know that those who currently hold an SPG, Marriott, or Ritz Carlton credit card can keep those cards. Or, you will be able to apply for or upgrade to the new cards...hello welcome bonuses.

A new SPG Amex Luxury Card with a $300 statement valid credit at participating Marriott hotels each year for on-property purchases and a $450 annual fee will be available in August. This card will also offer a Global Entry credit, Priority Pass Select membership, automatic Gold status with Platinum available to those who charge at least $75,000 on the card each year, and an annual award night at hotels costing up to 50,000 points at each renewal.

The card will award 6x points at Marriott hotels, 3x at US restaurants and flights booked with airlines, and 2x elsewhere.

This new card will offer a 75,000 point new cardmember welcome bonus after spending $3,000 in the first 3 months. I'll talk more about this new $95 annual fee card soon, but its perks will largely mirror the SPG Amex card perks touched on below.

SPG Amex Cards Get a Makeover

The SPG personal and business Amex card will be getting a makeover so that they convey automatic Silver status (Gold with high annual spending requirements), an annual anniversary award nights at hotels up to 35,000 points, and they will award 15 elite night credits beginning in 2019. Most unfortunately, the SPG Business Amex will cease providing Sheraton Club access on August 1, 2018.

My overall impression of the SPG and Marriott changes is that it could have been much worse and we probably couldn't reasonably expect it to have been better. There are real losses to be sure, but not particularly unexpected ones. I'm a little surprised that non-bonused spending on the co-branded cards will get worse, but perhaps that is offset by the new annual anniversary awards. We all knew that qualifying for Platinum status on 25 annual stays was short for this world, but at least we can use it one more time in 2018. That will lock up status until early 2020, which isn't terrible.

The potential to snag some top-tier SPG hotels for less in the latter half of this year is very intriguing for those of us with SPG points, but on the flipside, those used to the Marriott chart will likely see things get pricier. Of course, the real devil will be in how the hotels align on the new award chart, which we should hopefully know well in advance of the August 1st launch.

To have truly meaningful Marriott/SPG status after this year, it will be necessary to have 35 annual nights + a co-branded credit card that provides the other 15 nights, or put $75,000 per year on the premium version of the SPG Amex. That is harder to hit than the current threshold of 25 annual Starwood stays (21 if you have both the personal and business SPG Amex cards), but it is more attainable than earning Hyatt Globalist status which conveys somewhat similar benefits.

For now, I'm okay with what they announced. They didn't wipe out having an award chart, they didn't nuke elite benefits, they didn't introduce anything new overnight, they are maintaining many partners and programs, they are giving us a final shot at earning SPG Platinum status the old-fashioned way, and they are continuing to baby-step us towards a new combined program.

You now know my take, but I'd love to hear yours!