Immigration Nightmare: How Global Entry Saved Me Hours At SFO on Monday 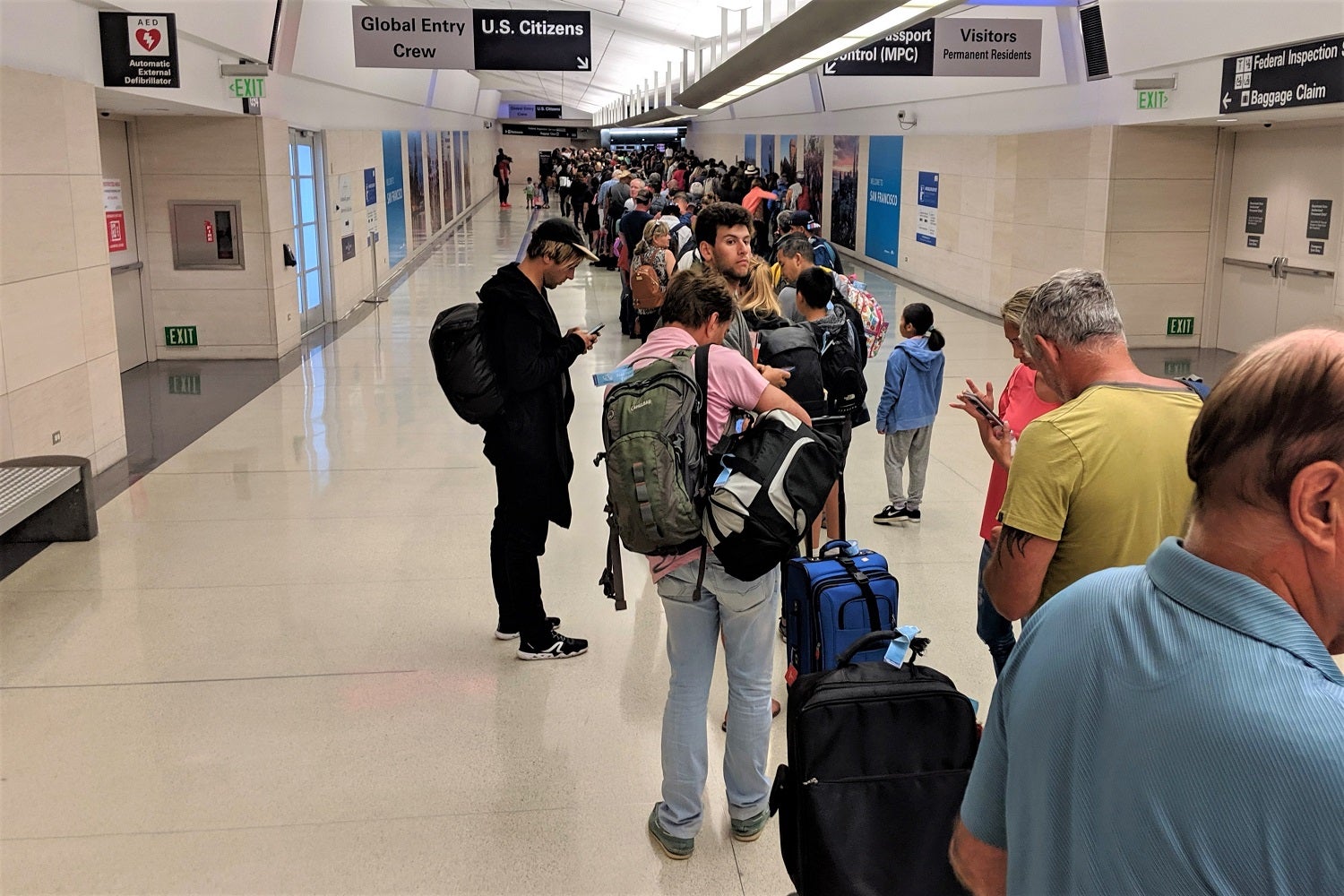 Immigration Nightmare: How Global Entry Saved Me Hours At SFO on Monday
This post contains references to products from one or more of our advertisers. We may receive compensation when you click on links to those products. Terms apply to the offers listed on this page. For an explanation of our Advertising Policy, visit this page.

Some travelers have wondered whether Global Entry is still worth the cost, especially with Mobile Passport being quick and easy. My experience going through immigration in San Francisco on Monday night reinforced my answer: Yes, it is!

After spending a couple of weeks in French Polynesia, I booked a flight back to the States on low-cost airline French Bee from Tahiti to San Francisco. I was seated a little more than halfway back, with 250 passengers onboard. But when I exited the gate and turned toward immigration, the line stretched further back than I've ever seen it.

Rather than immediately head down the empty Global Entry path, I stuck around to watch if the line was at least moving quickly. It didn't seem to budge at all for over a minute. The longest line was for US citizens, followed by the visitor line, but the Mobile Passport line wasn't short either.

When I turned the corner toward the Global Entry kiosks, there was not a single person in line. After completing the electronic questionnaire, I barely had to break stride as I handed my Global Entry receipt to the agent and was waved through to the baggage-claim area.

RELATED: Get Your Global Entry Application Fees Reimbursed Through These Credit Cards

Just three minutes after I took that photo at the back of the long line, I took a photo of another disconcerting sight. In the baggage-claim area, hundreds or perhaps thousands of bags sat unclaimed as their owners waited in the humongous immigration line.

Some belts had stopped while still full of bags, and hundreds of other bags were lined up nearby.

I wondered if the Customs and Border Protection bag scanners were processing bags particularly quickly, but I ended up having to wait in baggage claim for more than half an hour for my bag to finally drop.

If processing times were the same on the earlier flights, the seemingly thousands of bags that were in baggage claim when I got there were likely from passengers that arrived perhaps hours earlier.

The French Bee flight I had just taken from Tahiti to San Francisco continues on from San Francisco to Paris. All passengers on the flight have to disembark, go through US passport control, collect and then recheck their bags. Because this process can take a while, French Bee schedules two and a half hours from the arrival of the inbound flight to the departure of the Paris-bound flight.

On Monday, the outbound flight departed almost one and a half hours late, meaning connecting passengers were in the SFO airport for almost four hours. Looking at the recent FlightRadar24 flight history, a delay of more than an hour is pretty common.

While what I saw on Monday was bad enough, it seems like it was even worse a couple of days before. San Francisco-based travel writer Chris McGinnis shared photos of seemingly endless SFO immigration lines, noting that it took travelers 2.5 hours to clear.

While these long of lines would be frustrating enough for San Francisco-bound passengers, it's surely causing a nightmare for connecting travelers. United, the largest airline at SFO, will allow passengers to book flights with as little as a 1:45-hour connection between their international inbound scheduled arrival and the scheduled departure of their next flight.

To have a realistic shot of making their connection, the immigration line needs to be under an hour for these passengers to collect bags, re-check them, re-clear security and get to their gate before departure.

Curious if travelers were being warned of possible long waits, I checked around. While SFO's website has a traveler alert at the top of its page about AirTrain closure, there's no mention of long CBP wait times.

This could be because seemingly-extraordinary immigration wait times aren't uncommon at SFO. Last September, a frustrated traveler took to Twitter to complain about missing his connection due to a 100-minute wait. The airport's social media team placed the blame on CBP and recommended the traveler file a complaint with them.

So, what does Customs and Border Protection have to say? Well, nothing on its website, so I reached out to a media contact, who didn't respond by time of publication.