Will Rapidly Melting Glaciers Affect Your Trip to the Himalayas? 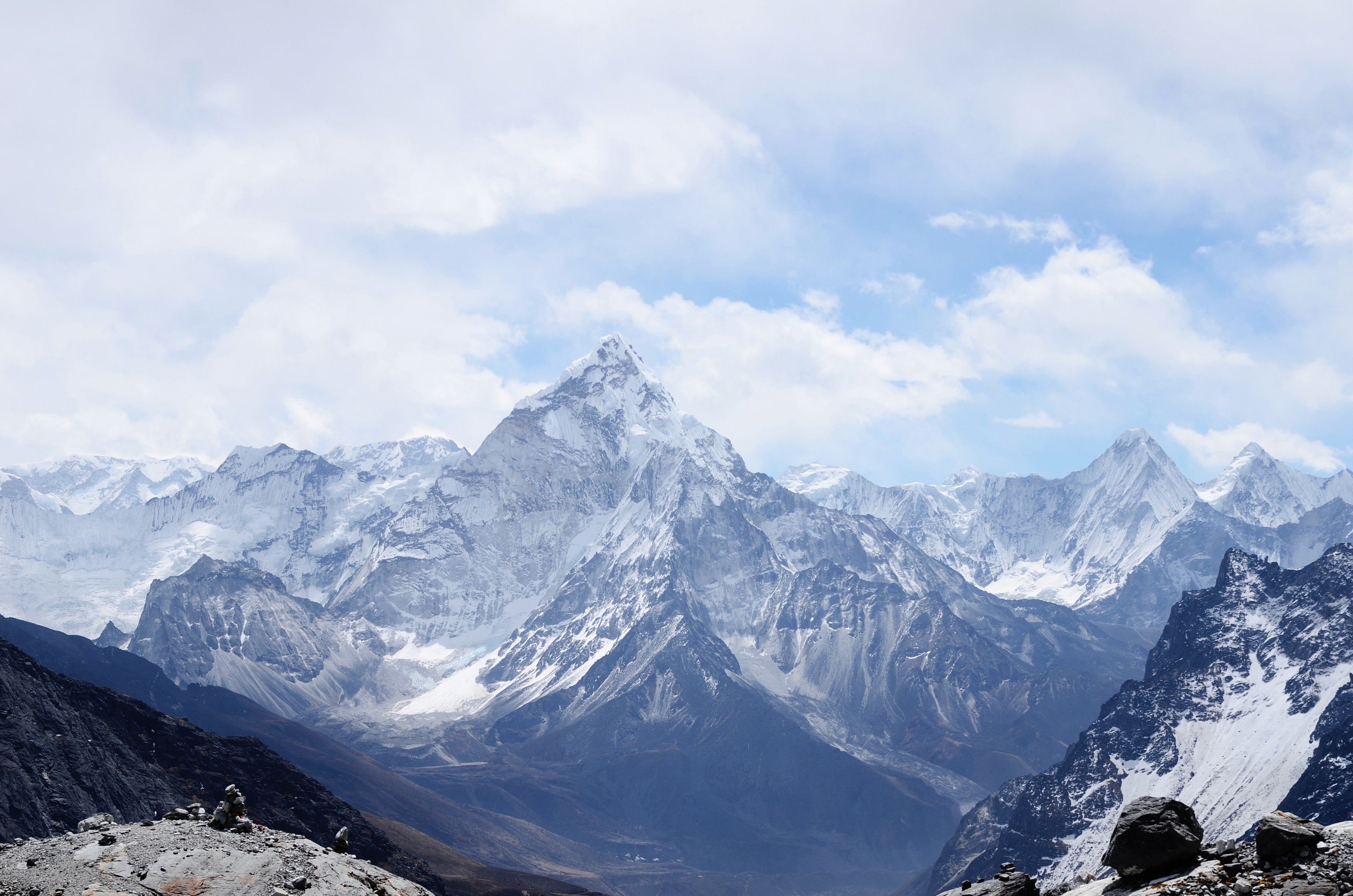 Will Rapidly Melting Glaciers Affect Your Trip to the Himalayas?
This post contains references to products from one or more of our advertisers. We may receive compensation when you click on links to those products. Terms apply to the offers listed on this page. For an explanation of our Advertising Policy, visit this page.

For travelers, the effects of melting glaciers may seem incremental. But for the people who live in the region, the consequences could be devastating.

If trekking in the Himalayas is on your bucket list, you might want to go sooner rather than later. The effects of climate change in the Arctic and Antarctica have been well documented by organizations like the National Snow & Ice Data Center, but a new report released by the International Centre for Integrated Mountain Development — an intergovernmental research organization based in Nepal — has brought to light the detrimental effects climate change is having on the Hindu Kush Himalaya (HKH) region.

Home to the world's highest peaks, including Mount Everest, the Hindu Kush Himalaya is a massive 4.2 million square-kilometer mountain range spanning eight countries: Afghanistan, Bangladesh, Bhutan, China, India, Myanmar, Nepal and Pakistan. The diverse region supports 240 million people living in its mountains and hills and more than three billion people benefit from the food produced in the 10 river basins for which the HKH is a source.

Combined with the Tien Shan Mountains, which span Central Asia from Kyrgyzstan to China, the two ranges are sometimes called the "Third Pole" because together they form the largest permanent ice cover outside of the North and South Poles. And they're in danger of disappearing.

"The region is undergoing rapid change, driven by forces such as climate change, disasters, economic growth, globalization, infrastructure development, land use change, migration, and urbanization," the report stated. "Changes on the roof of the world are having and will have major consequences not only for people living in the region but globally."

The report found that anywhere between one-third to two-thirds of the glaciers in the region will likely vanish by the end of this century due to global warming. Unfortunately, this is part of a larger trend playing out across the world.

Just a couple of weeks ago, a new study published by Proceedings of the National Academy of Sciences of the United States of America (PNAS) found that "Antarctica may be melting 15% faster than it was last year," as TPG reported. And EcoWatch recently reported the Scottish Association for Marine Science's findings that "Greenland's ice melt rate is currently faster than it's been in about 7,000 years."

"Climate change is incremental, and changes in daily or annual conditions are often unnoticeable," Joseph Shea, an assistant professor of environmental geomatics at the University of Northern British Columbia — and one of the HKH report's lead authors — told TPG. "But with continued warming and loss of lower-elevation glaciers and thawing alpine permafrost, travelers and people who work in the travel industry will likely see big changes to alpine climbing conditions." He added, however, that specifics are hard to pin down.

For now at least, Shea believes that climate change will not significantly increase the risks that trekkers embarking on the usual hiking routes will assume. "However, rockfall hazards may increase in higher mountain areas due to thawing permafrost," he warned.

So what, if anything, can you do?

According to Shea, if you travel to a destination like Nepal, you should try to explore locally with the help of a socially and environmentally conscious tour operator such as Social Tours, which offers guided journeys, cooking classes and other local experiences in Kathmandu and beyond.