Articles
Nicolas Avalle is an intern in the Aviation and Travel News Section for TPG. He is a rising senior at Tufts University, a photographer and staff writer at The Tufts Daily.
Follow
Aug. 07, 2019
•
7 min read 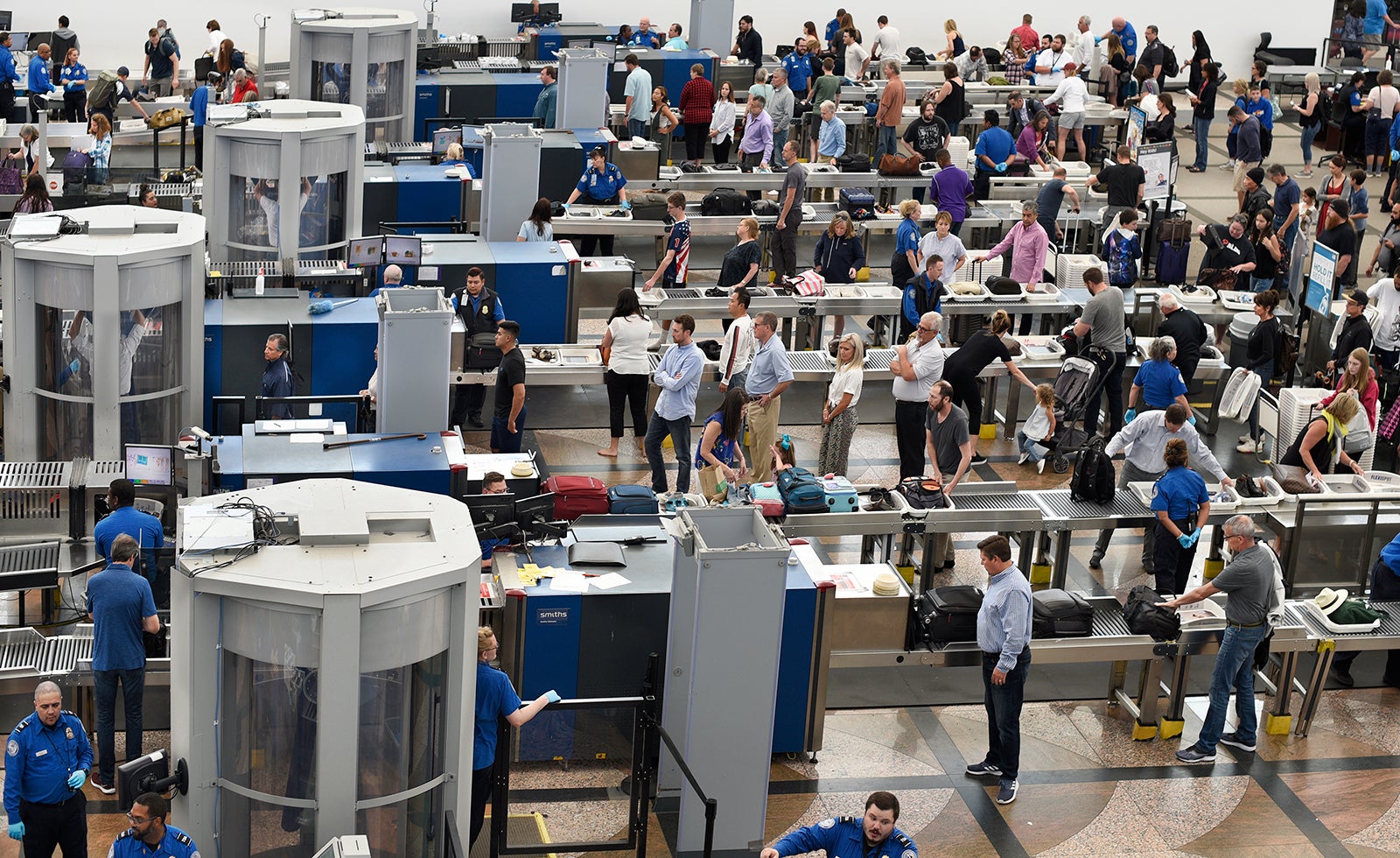 Every year, The Points Guy ranks the best and worst airports in the country, and this year's was a big one. We expanded our survey from 30 to 50 airports, and considered 35 different factors to generate our scores. If you haven't seen the results yet, you should definitely check them out before reading ahead.

While doing our research, we found fun facts and oddities that couldn't really be captured by the final rankings alone. At the same time, some of this stuff seemed so interesting, useful or downright unexpected that we had to bring it up. With this in mind, we've put together a list of a few superlatives, Easter eggs and things worth keeping in mind next time you travel through one of the country's busiest airports.

Keep an eye out for beekeeping positions opening up at your local airport. When researching eco-friendly measures airports are taking, we found that an unexpectedly high number of airports have begun maintaining honeybee colonies on their premises. While surprising at first, these projects actually make a lot of sense. Bees can help pollinate plants in the open spaces around airfields, and by keeping healthy hives, airports can help protect endangered honeybee populations. Just hope a stray bee doesn’t sneak onto your flight.

Speaking of green accomplishments, of all the airports in our survey, only Dallas/Fort Worth (DFW) had been rated carbon-neutral by Airport Carbon Accreditation. This feat is perhaps even more impressive given that DFW transports more than 30 million passengers a year, representing nearly 4% of North American air-passenger traffic, and was enough for us to rank DFW as our greenest airport.

Still, that carbon neutrality may be a wash based on our commuting numbers. We partnered with INRIX for traffic data and found that DFW had the longest average commute from the city center, at 56 minutes. Sitting in traffic for an hour cannot be good for emissions. Plus, that's almost enough time to get from Dallas to Houston by plane!

On the other side of the spectrum was our overall winner, San Diego International Airport (SAN), which had an average commute of only seven minutes by car.

One amenity we considered in our comfort score was the number of designated rooms for mothers to nurse their children. Lambert Airport (STL) in St. Louis took first place in this category, since it has equipped all of its family restrooms as nursing rooms, offering a quiet, private space and electrical outlets. Still, mothers who feel uncomfortable nursing in a restroom need not worry, as the airport is adding three dedicated lactation suites in August 2019.

The Clearest Skies and the Longest Connections

A major consideration in our rankings was flight delays and cancellations, which can put a real damper on a vacation. Daniel K. Inouye International Airport (HNL) in Honolulu scored best in both of these categories, meaning that passengers can be confident their flights will take off, and that when they do it will be on time. Somewhat surprisingly, it was also the airport with the longest recommended connection time — a staggering 75 minutes — which was enough to keep it from being the timeliest airport in our rankings.

We're big fans of pets here at The Points Guy. We even have a team of dogs named The Points Pups at the office nearly every day. Therefore, it only seemed natural for us to consider furry friends when rating airports.

Nearly every airport we looked at mentioned having spaces for traveling pets and support animals to relieve themselves, but in terms of volume, we have to throw Philadelphia International a bone. We counted a total of 14 animal relief areas at the airport, the most in our survey. That's almost three for each of PHL's five terminals.

Something else dog people will love are the emotional support animals airports are beginning to employ. These are canine groups charged with calming passengers down and brightening their travel days while they wait for takeoff. Our favorite was Denver's Canine Animal Therapy Squad, also known as the CATS. Very clever, Colorado.

Speaking of Denver International Airport (DEN), we cannot overlook the extremely weird conspiracy theory that's partly based on the art at the airport. Whether or not you believe the Illuminati was involved in the airport's construction, there is definitely something eerie about some of these murals.

Our favorite example of the arts in an airport was the series of live concerts at the airport in Nashville (BNA), the capital of country music. Catching a show at the terminal sounds like the perfect way to power through a long delay.

When it came to overall amenities, New York-JFK was the clear winner. Even when we adjusted for number of passengers, its 29 lounges and 150 restaurants made it absolutely unbeatable. During our research, we only found three airports without any lounges: Dallas-Love Field (DAL), Fort Myers (RSW) and Kansas City (MCI). Chicago's Midway Airport (MDW), which took last place overall, had only one: a USO center for military members and their families. At least it had that going for it.

In terms of restaurants, Atlanta's airport (ATL) was a close second with 149 places to grab a bite. At the bottom of the list was Honolulu (HNL), with a dismal 11. Not ideal, given those long connection times.