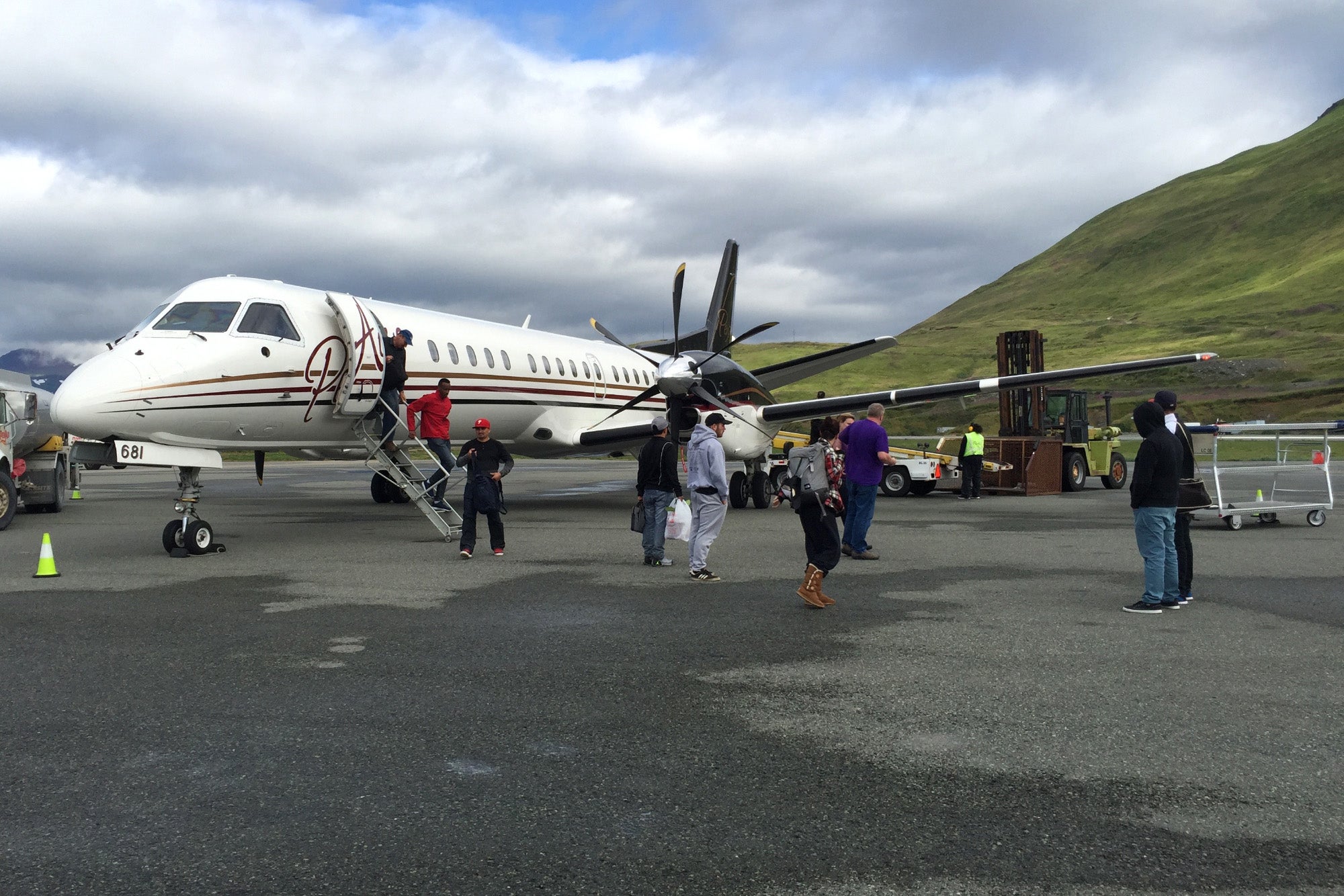 Some Commercial Flights Already Don't Have TSA Screening
This post contains references to products from one or more of our advertisers. We may receive compensation when you click on links to those products. Terms apply to the offers listed on this page. For an explanation of our Advertising Policy, visit this page.

Forget PreCheck — some US airports already don't require TSA screening at all.

Last week, word spread that security screeners might be on the chopping block at 150 more small airports around the country, though agency reps quickly squashed those rumors, saying that "There has been no decision to eliminate passenger screening at any federalized U.S. airport."

Still, you might be surprised to learn that many commercial flights are already allowed to operate without passengers going through any type of physical screening.

For me, flights within Alaska are first to come to mind. Given the state's size and topography, air travel is a lifeline for locals visiting family, attending medical appointments or even just taking an opportunity to do some shopping.

From Aniak to Unalakleet, carriers like Bering Air and PenAir — which operates some flights on behalf of Alaska Airlines — fly passengers who haven't passed through a TSA checkpoint.

PenAir, for example, falls under a special program called TFSSP — or Twelve Five Standard Security Program. Twelve Five represents a requirement for aircraft to be at least 12,500 pounds — in addition, planes must carry fewer than 61 passengers in order to be eligible.

TFSSP flights are exempt from TSA screening, enabling carriers to serve small communities that can't support the costly TSA infrastructure. When I flew from Anchorage International Airport (ANC), a large hub with many mainline flights, I didn't have to pass through any sort of screening. The reason? Even though I was flying on an Alaska Airlines ticket, I was traveling on a PenAir Saab 2000, outfitted with 45 seats. We traveled to Dutch Harbor (DUT) — an Alaskan airport far too small to support TSA screening.

Passengers connecting in Anchorage don't get to skip security altogether, though — they'll pass through a regular checkpoint before making their way to mainline flights on Alaska, American, Delta, United or other carriers operating at ANC.

And it's not just Alaska — in Hawaii, Kapalua Airport (JHM) in West Maui doesn't have TSA screening, though Mokulele Airlines' Cessna Grand Caravans are considerably smaller than PenAir's Saabs, with a capacity of just nine passengers.

While the lack of security screening may be a deterrent for some travelers, carriers use it as a selling point:

"Mokulele Airlines flies direct service into Kapalua Airport on the island of Maui. With no TSA, check in is a breeze!"

That doesn't mean that the TSA doesn't get involved with operations at all, though. In 2002, the agency published a requirement that staff be vetted, and the cockpit be secured.

While it's true that a lack of security screening can make it possible for passengers to bring weapons and other contraband onboard, with access to the cockpit restricted, just as it is on larger commercial jets, the reward here — being able to serve smaller, remote communities — far outweighs the risk.