Flying the flag: The rise, fall and future of flag-carrier airlines

Articles
Marc Stewart is a journalist who's worked across the US, Central America, Europe and Asia. Most recently an anchor and reporter at the ABC affiliate in Denver, he’s now taking a quick break from the newsdesk, studying business and economic reporting at New York University.
Follow
Nov. 27, 2019
•
6 min read 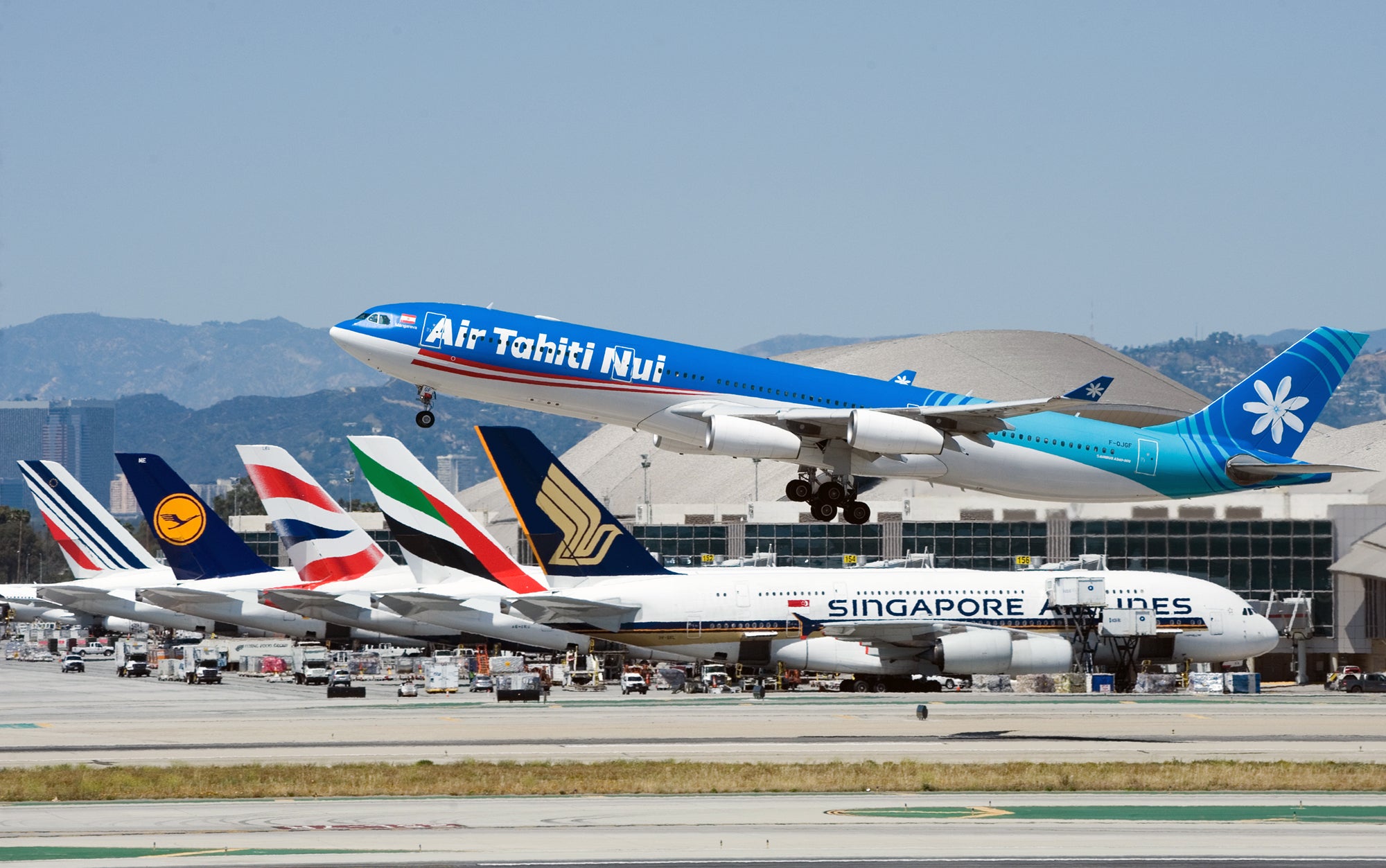 Flying the flag: The rise, fall and future of flag-carrier airlines
This post contains references to products from one or more of our advertisers. We may receive compensation when you click on links to those products. Terms apply to the offers listed on this page. For an explanation of our Advertising Policy, visit this page.

For any aviation geek, the sight of aircraft tails lined up at Los Angeles International Airport’s Tom Bradley International Terminal is iconic. At any given moment you can see liveries from around the world including British Airways, Singapore Airlines, Emirates and Air France widebodies lined up together.

For countries around the world, big and small, having an airline of their own has served as a symbol of national pride and economic strength. That's why so-called “flag carriers” flourished during the early days of commercial aviation. Showing the flag around the world, on routes to big cities like New York or London, was a matter of prestige.

But flag carriers, once seen as global agents of influence, have lost their clout in recent decades, and some have ceased flying altogether. In the United States, there isn’t even a designated flag carrier.

WHAT IS A FLAG CARRIER?

In many ways, the definition of a flag carrier is what it appears. It’s an opportunity to show a nation’s flag by painting it on the aircraft. Early on, it also often meant that they were owned by the government. That was especially true in the post-World War II era, when European colonies became independent.

“One of the first things they wanted to do, to kind of show that they had made it, was to create their own airline,” said Dr. Dawna Rhoades, a professor of strategy at Embry-Riddle Aeronautical University in Daytona Beach, Florida. Much of this growth was in Asia and Africa, where airlines from newly established nations were eager to establish international routes.

“It used to be that if you were the flag carrier, you were designated and you got preference. And part of it was ownership,” said Rhoades.

Governments would also foot the bill, so those flag carriers did not necessarily need to make money on those prestige routes, where they sometimes flew Boeing 747s. It was much more airplane than they needed, but the goal was flying the flag, not necessarily turning a profit.

A relevant exception was, and is, the cradle of aviation. The United States has never formally designated a specific flag carrier. It had one that functioned as a flag carrier in practical terms, although it never was one — and that's Pan American.

“Back in those days, if you were in Europe and ran into trouble, you went either to the U.S. embassy or the Pan Am ticket office. I mean, they were that dominant,” said Mike Boyd, an industry veteran who provides consulting, forecasting and research to airlines.

The de facto U.S. flag carrier filed for bankruptcy in 1991, and no one's filled the role since. It is unlikely that anyone will: the big three U.S. legacy airlines – American, Delta and United — are vying for market supremacy, but certainly not for a title that doesn't bring any perks or profits with it.

In other nations, once-mighty flag carriers have gone out of business: Belgian Sabena, Brazilian Varig and Switzerland's Swiss Air have all disappeared, leaving hurt national pride in their wake.

“When Swiss Air went into bankruptcy and quit flying, there were press reports in the Swiss newspapers, they were complaining that their soccer team or football team had to fly to a soccer match in Russia on Aeroflot,” said Rhoades.

Government ownership of airlines is largely a thing of the past.

“That was before airlines really grew. That was back when people still wore suits and ties when they flew,” said Boyd.

Other iconic names are owned by private investors now. Air Canada was privatized in 1989 and is traded on the Toronto Stock Exchange. Icelandair is publicly traded. Air France and KLM are not only no longer owned by the French or Dutch governments, but have merged into one company. So have British Airways and Spain's Iberia, both subisidiaries of IAG and former state enterprises.

“Many countries specifically have (...) rules that their carriers must be majority-owned" by domestic investors, said Rhoades. Aviation is often seen as a strategic asset, which is why foreign subjects cannot take majority control of an airline. Some countries "have restrictions on how much foreigners and foreign companies, foreign airlines can own,” Rhoades added. “British Airways couldn’t come over here and just buy American Airlines.”

At times, government investment rather than ownership has been a source of cross-border conflict, including a recent dispute between the "big three" Middle East airlines and U.S.-based airlines, with the Americans accusing the Gulf carriers of using public money to distort competition.

At other times, private competitors say that the formerly state-owned player still enjoys advantages the newer entrants don't have: “Virgin Atlantic and Richard Branson argue to this day that the British government still favors British Airways over them,” said Rhoades.

There are big names in commercial aviation still owned by the state. Emirates, Ethiopian Airlines, Singapore Airlines and South African Airways are all government property, and they can all be considered flag carriers, being both the biggest airline in their nation and bearer of the national standard on their tails. The Chinese government owns controlling stakes in the major airlines in mainland China, including the biggest airline in Asia, China Southern.

But in an era of global economic uncertainty, amid fears of a slowdown, being backed by the state is no guarantee of survival, or of avoding painful downsizing.

“When they can’t make any money," said Boyd, "they’re the first thing to get cut.”