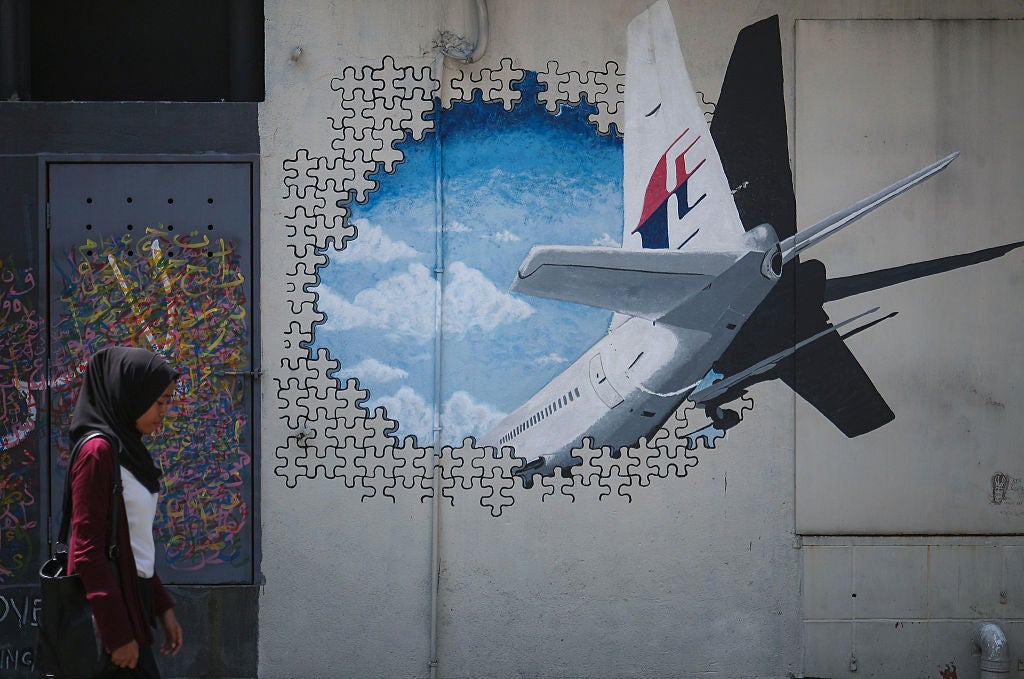 Hijacking or Hypoxia? MH370's Final Report Leaves Questions About Aviation's Biggest Mystery
This post contains references to products from one or more of our advertisers. We may receive compensation when you click on links to those products. Terms apply to the offers listed on this page. For an explanation of our Advertising Policy, visit this page.

The Malaysian government released its final report on the disappearance of flight MH370 on Monday.

Malaysian authorities were still largely unable to draw any definitive conclusions on why the Boeing 777 mysteriously disappeared or offer any new details on the location of the aircraft wreckage. The best the investigators were able to do was to rule out several theories that have been swirling since the Beijing-bound plane carrying 239 people vanished mid-flight on March 8, 2014.

Investigators said at a press conference on Monday that possible reasons for the flight's disappearance, including the pilots' mental state, an aircraft malfunction, a fire on board or remote hacking of operation systems, did not occur on board the doomed flight, CNN reports.

“We have examined the pilot and the first officer, and we are quite satisfied with their background, with their training, with their mental health,” Dr. Kok Soo Chon, the lead investigator in MH370's safety probe, said at Monday's press conference, according to the Guardian. “We are not of the opinion that it could have been an event committed by the pilot.” Chon added that there were two psychologists involved in the investigation who examined audio recordings of the pilot and first officer, as well as CCTV of them, and they didn't notice any anxiety, stress or significant behavioral changes during the flight.

The report also says the 777 had been manually turned around mid-flight just after 1:00am — not by autopilot — which leaves hijacking on the table as a possible cause for the crash, the investigators said. Shortly after leaving Malaysian airspace, MH370 changed its course from the planned flight path. It flew for more than six hours with its satellite and navigation systems turned off before it crashed into the Indian Ocean.

“It has been established that the air turn back was done under manual control, not autopilot," Chon said. "We cannot rule out unlawful interference by a third party.” However, hijacking is not the leading theory because no terrorist organization has taken credit for the incident.

Some evidence “points irresistibly to unlawful interference, such as the communications ceasing and the manual turn back,” Chon said, but the fact that no group claimed responsibility for the crash calls that theory into question.

Investigators also admonished air traffic controllers in both Malaysia and Vietnam for several breaks in protocol that resulted in the plane being lost for 20 minutes before anyone was alerted. “The air traffic controllers did not initiate the various emergency phases required of them, thereby delaying the activation of the search and rescue operations,” Chon said.

One theory that aviation expert Christine Negroni believes the final report actually strengthens is the idea that the aircraft cabin became depressurized and the pilots suffered hypoxia, or a deprivation of oxygen. The official investigators have seemingly not embraced the scenario, which Negroni details in her book The Crash Detectives, as a likely possibility.

"They have a bright and shining indication that the pilots were not operating in their right mind," Negroni says of the flight's last few sporadic movements. "The only sensible indication is that these guys didn’t have any sense [by the time of the crash]."

Negroni postulates that there might have been a problem with the pilots' oxygen tanks, which the report shows were serviced right before MH370 took off from Kuala Lumpur. The report states that the oxygen tanks were topped up, but doesn't delve into further detail.

"Things that have been known to happen is that there is a knob on the tank," Negroni notes. "That knob can sometimes not be open, which prevents a full flow of oxygen to the mask." She thinks that the cockpit became depressurized and the pilots tried to put on their masks, but there wasn't sufficient oxygen flow to keep them fully conscious and alert. If some oxygen was flowing, but wasn't pressurized enough to push into the pilots' lungs, the cockpit crew would've slowly become hypoxic. For comparison, time of useful consciousness without any oxygen at 35,000 feet is about 25 to 30 seconds.

Negroni wants investigators to obtain more information about the servicing of the oxygen tanks right before MH370's takeoff. "What was the conditions of the bottles? Are there pictures of how was the bottle serviced? Records of the maintenance guys who serviced them? What is their history? Has the airline ever had an incident [with oxygen]?" Negroni questions.

Furthermore, Negroni says there are previous examples of pilots experiencing hypoxia who continue to try to fly the plane not in their right minds until they become completely incapacitated — and the plane flies until it runs out of fuel and crashes. The most high-profile case is probably golfer Payne Stewart's private jet crash in 1999, in which the Learjet became depressurized and killed the pilots and passengers on board before crashing in South Dakota.

If pilots and regulators don't become more conscientious about monitoring hypoxia, Negroni says, "there is another MH370 on the horizon."