So many vouchers, so little time: Cruise passengers struggle to use credits for canceled sailings before they expire

Articles
Ashley Kosciolek has spent more than a decade writing about travel, with particular emphasis on cruises. Her favorite cities include London; Amsterdam; Krakow, Poland; Phnom Penh, Cambodia; Dawson City, Yukon; and anywhere known for outstanding pizza and theater. You can follow her daily exploits, both at sea and on land, on Instagram or Twitter @slyjabroni.
Follow
January 25 2022
•
8 min read 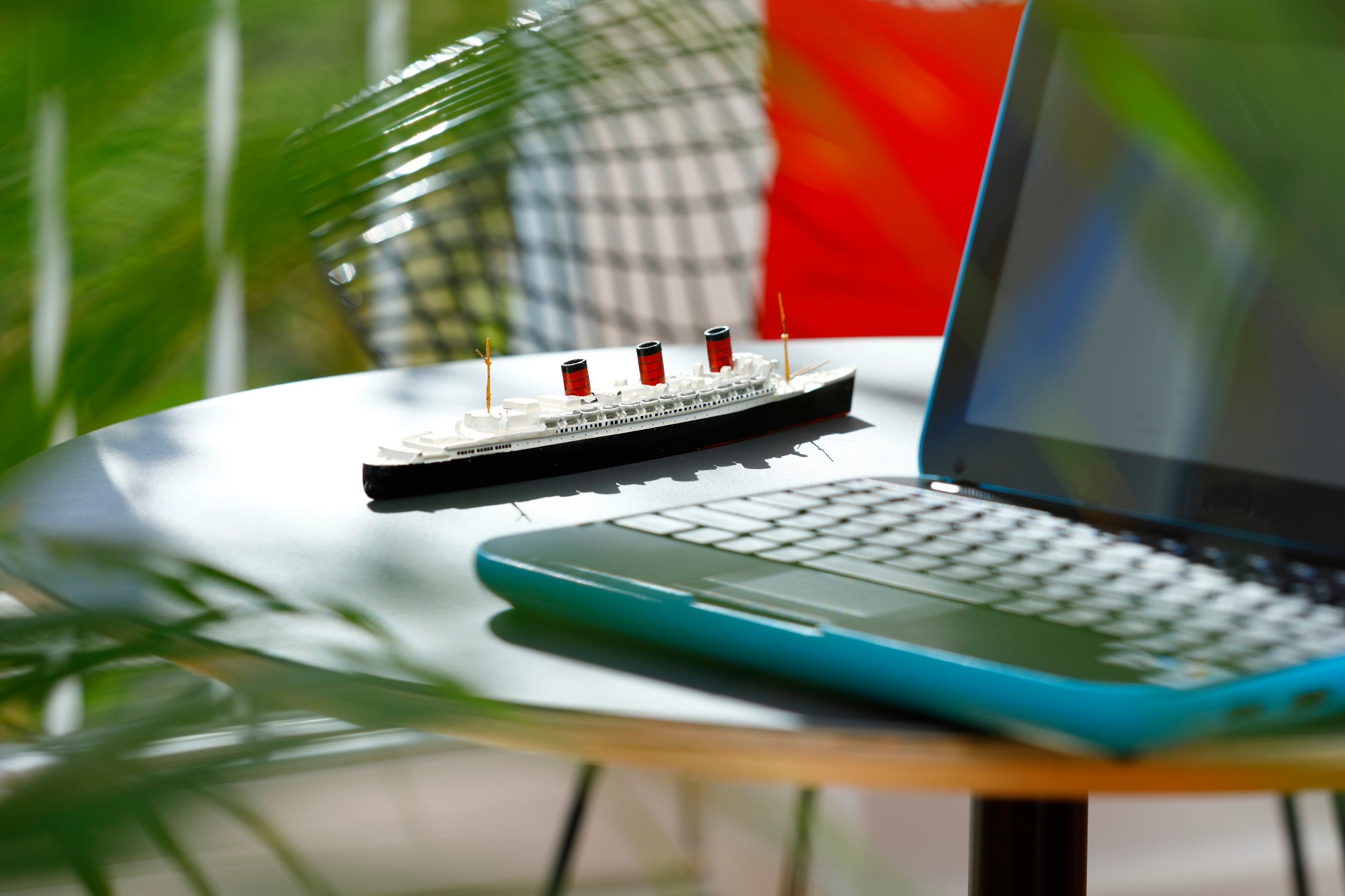 So many vouchers, so little time: Cruise passengers struggle to use credits for canceled sailings before they expire
This post contains references to products from one or more of our advertisers. We may receive compensation when you click on links to those products. Terms apply to the offers listed on this page. For an explanation of our Advertising Policy, visit this page.

What happens when you give a cruise line a loan but you're the one who has to adhere to deadlines? Due to looming expiration dates, some passengers are finding it difficult to use cruise credits they chose when their sailings were canceled in 2020 and 2021.

When COVID-19 caused the cruise industry to curtail sailings, the cruise lines promised already-booked passengers more in credit (usually 125%) than what the cruisers originally paid for their fares. Many cruise fans opted for the credits instead of cash refunds in order to treat themselves to longer sailings or cabin upgrades down the road, courtesy of the cruise line.

This allowed cruise lines to retain cash -- at 25% interest -- at a time when ships weren't bringing in revenue.

Two years later, ships are sailing again, but the virus' omicron variant has prompted some lines to cancel more voyages, this time in 2022.

I received emails from several TPG readers over the last few weeks, telling me that the latest cancellations have complicated things in terms of using their future cruise credits. These travelers used their credits to rebook 2020 (and, in some cases, 2021) sailings for cruises departing in 2021 or 2022. When those sailings were also canceled, the credits were refunded, but the rapidly approaching expiration dates remain. (Most expire sometime this year.)

Maximillian Ferreira, who had a sailing booked with Royal Caribbean in 2021, is one of those who chose FCC when the line canceled his voyage.

Ferreira used the credit to book a new sailing on Symphony of the Seas for Jan. 2022 to celebrate his birthday. But the ship was affected by cancellations when Royal Caribbean said it would pull some vessels from service temporarily. The line made the move due to a lack of staffing after a large number of asymptomatic crew members tested positive across the fleet.

"If they can't staff their operation due to [COVID-19] -- which is understandable -- then don't sell vacations where people have to request time off of work and spend their hard-earned money," Ferreira said. "Instead of offering a variety of solutions -- such as another sailing [the] same week on a different ship, offering the same cruise and price [on] a different week in the next year or a bonus on the credits people placed for their vacation ... Royal Caribbean chose to ... offer nothing for our inconvenience."

The cancellations, which came fewer than two weeks before his sailing date, didn't leave Ferreira enough time to plan another trip, for which he'd already taken time off. Plus, the money he paid for the vacation is tied up with Royal Caribbean in the form of the future cruise credit he chose in 2021. The line only refunded his original FCC without offering any additional compensation for the second canceled cruise.

"They make public statements that compensation is given or a refund offered by customer choice," Ferreira said. "But they won't offer compensation if you used a credit from a previous sailing. The issue is it's so close to the sailing date that you can't make any other travel plans, and they won't honor the same cruise another week or another ship the same week."

Initially, Royal Caribbean offered a "Lift and Shift" option for passengers, allowing them to keep their bookings and shift them to an identical sailing the following year. It was available regardless of whether the line canceled the sailing or the passenger opted to cancel their own booking.

Because Ferreira's initial booking had a somewhat rare itinerary that wasn't offered again until March 2023 (outside the Lift and Shift window), he was unable to use that option for the first cancellation. The policy has since been discontinued.

Other cruisers have said they are now struggling to use the credits they accepted because they had multiple sailings booked for 2020 and 2021 and can't possibly reschedule them all before the end of 2022. For those dealing with multiple cancellations, they now have several credits across different brands or, in some cases, so many credits with one brand that they aren't sure they can use them all in time.

TPG reader Gregory Rozenfeld told me he's had a total of 17 cruises canceled over the past two years: six with Holland America Line, six with Celebrity Cruises, three with Royal Caribbean and two with Princess Cruises. Some of those were rebooked cruises that were made using credits from his original sailings, but he is now stuck with quite a bit of cruising to do before December if he doesn't want to lose his remaining credits.

When Rozenfeld initially opted for the credits, it made sense because he figured he'd have a couple of years to use them. Because pandemic-related changes and cancellations are still happening two years later, that window of opportunity has significantly decreased.

Now, it's credit crunch time: use them or lose them. The problem? He's already got several sailings scheduled.

"My cruise portfolio is full for this year," Rozenfeld said. "I have no additional time to travel, and I might forfeit all [remaining] FCC or [be] forced to spend [it] on board.

"We understand that [the] cruise industry is suffering and are willing to support [the lines]. However, regardless of generous 'Cruise with Confidence' policies, the cruise lines should be more flexible.... Generally speaking, it would be nice to extend ... FCCs to the next year."

Rozenfeld did cancel some of the sailings himself when he decided to rebook in a different cabin type or found out the itinerary he was expecting had changed. Those future cruise credits wouldn't be refunded to the original form of payment in any scenario, but Holland America is currently allowing passengers to convert FCCs into a refund of 100% of the cruise fare paid if the FCC is the result of a sailing that the line canceled (versus a sailing a passenger opted to cancel).

I emailed other cruise lines to ask how they're handling these issues. I was curious to see if they would also allow passengers to convert their unused future cruise credit into a refund if they had made a good-faith effort to rebook and had sailings canceled multiple times. If not, I questioned whether they might at least consider extending the expiration dates on the credits.

"To offer our guests even more flexibility for future vacation planning, some who hold outstanding [FCC] may now submit a request to convert their FCC to a monetary refund," Norwegian Cruise Line said in a statement. "Guests who elect to [exchange] their FCC for a monetary refund will receive the original cruise fare paid back to their original form of payment and forfeit any bonus FCCs attached to their Latitudes profile....

The line was one of a handful to cancel several voyages recently.

For its part, Celebrity said it has extended the expiration dates for FCCs to Dec. 31, 2022, or one year from the original sailing date -- whichever is later. (If a 2020 voyage was rebooked for 2021 or 2022, using FCC from 2020, the "original" sailing date would change to coincide with the rebooked sailing in the event of a cruise-line-initiated cancellation, thereby extending the FCC's expiration date.)

Carnival has not adjusted its policy, but is looking at issues on a case-by-case basis. "We continue to work with guests who have a valid FCC through March 31, 2022, to give them options," Carnival Cruise Line said in an email. "We don’t know of any guests whose concerns have not been addressed."

Like Holland America and Norwegian, Princess is allowing some FCC to be traded in for a refund to the original form of payment. It is also allowing the credits to be used as payment for a variety of other cruise-related items.

"Many of the FCCs we gave out in lieu of a refund are refundable at any time, so although time has passed, guests won't actually lose that money," Princess said in an emailed statement. "Additionally, we changed the redemption rules in late 2021 to add even more ways for guests to use their FCC. FCC can now be used to pay for someone else on your booking, for buying flexible air (purchased before final payment) and for paying fees and taxes."

Royal Caribbean did not respond to a request for comment.