Everything You Need to Know About Florida’s Killer Red Tide 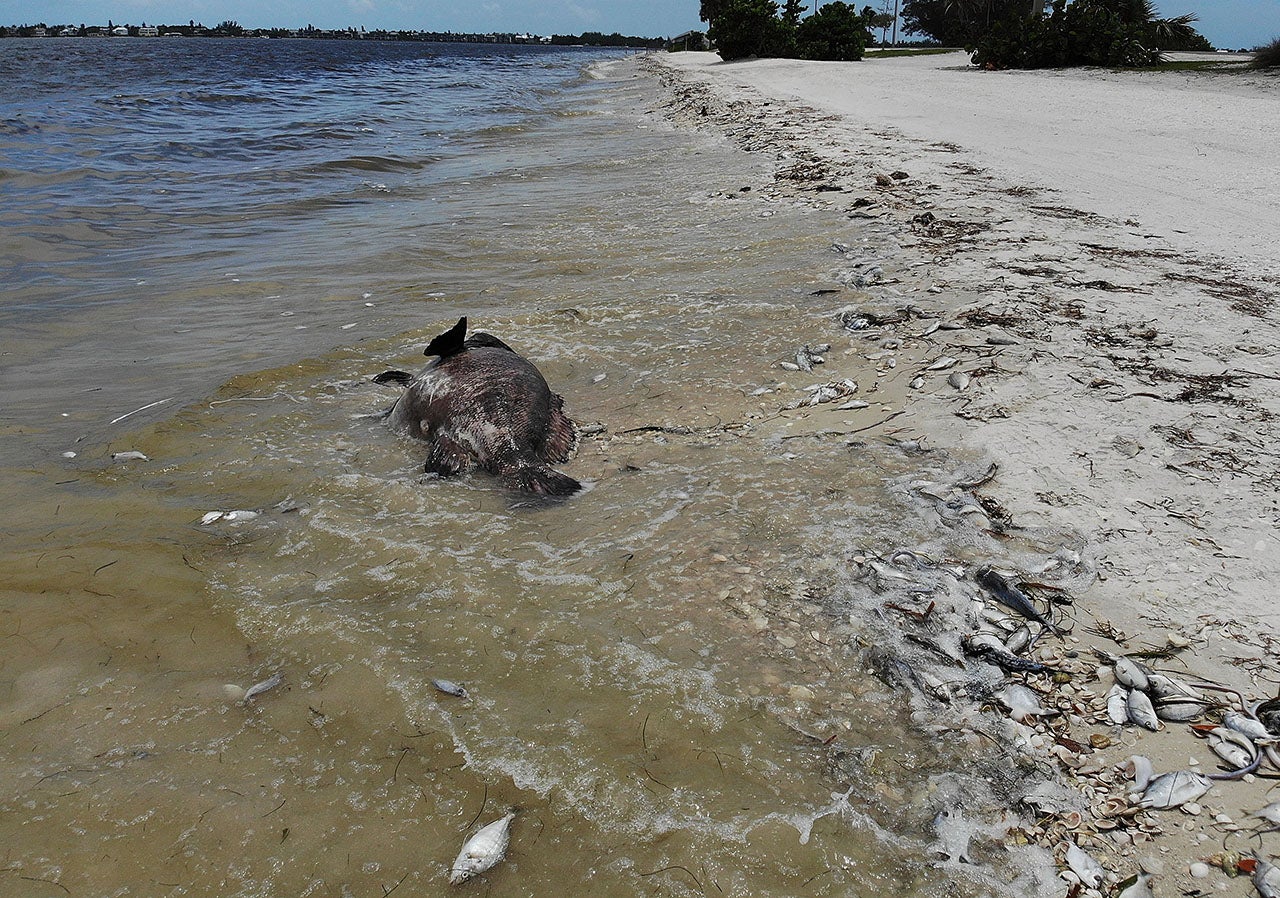 All along Florida’s southwest coast, a toxic algal bloom known as the red tide is turning the Sunshine State’s famed beaches into a dangerous dead zone.

According to locals, it is the most severe Florida red tide in recent memory. TPG reader Peg B. has lived in southwest Florida her entire life, and said it's the "worst [she's] ever seen."

The red tide, caused by a tiny organism called Karenia brevis, has been reported as far south as Marco Island and traces have been documented as far northwest as Pensacola, the westernmost city in the Panhandle.

Despite the almost mesmerizing quality of the murky reddish seawater where concentrations of algae are particularly high, red tides are toxic to both marine life as well as humans.

Red tides occur all over the world, though blooms of Karenia brevis are unique to the Gulf of Mexico.

“Red tides produce toxic chemicals,” the Florida Fish and Wildlife Conservation Commission (FWC) explained in an FAQ. “The Florida red tide organism ... produces brevetoxins that can affect the central nervous system of fish and other vertebrates, causing these animals to die."

This summer's red tide has left pristine Florida beaches littered with dead sea life. Eels and horseshoe crabs, catfish and trout, grouper and snook, even manatees, dolphins and a 26-foot whale shark have all been killed by the algae's brevetoxin. Hundreds of turtles have been affected, some inert, but most dead.

Reports indicate this bloom began in October 2017, and it has become increasingly intense. The pervasive quality of this particular red tide has been of great concern. Some blame agricultural waste and rising ocean temperatures, while others point to runoff from Lake Okeechobee as a problem.

"For people with severe or chronic respiratory conditions such as emphysema or asthma, red tide can cause serious illness," the FWC said.

It can even, the commission pointed out, accumulate in filter-feeders such as oysters and clams, and can lead to Neurotoxic Shellfish Poisoning when consumed.

Even travelers without acute respiratory conditions can experience symptoms of breathing Karenia brevis toxins. Coughing, sneezing and an itchy throat are not uncommon.

"Red tide [makes] it difficult for many people to breathe. It's so bad this time that people who normally aren't affected are having trouble," Peg B. reported in the TPG Lounge. "The beach, from around [the] Sarasota-area south to Naples, is not a place you want to be right now."

Depending on the concentration of red tide, the effects may be more disgusting than dangerous.

In the TPG Lounge, readers from the affected areas shared firsthand reports of beach conditions and air quality.

Anna B. reported that "in Sanibel, Florida, there are approximately 40 dead fish per foot right now." Eddie M., who was also recently in Sanibel, cited issues with the air quality and reported having a "scratchy throat and a mild cough."

"I live around Sanibel Island," TPG reader Johanna T. said. "Sadly, it's the worst it's ever been.

"I'm on Upper Captiva right now," said Katie A. "Never have I seen such an ecological disaster. Dead fish, of all sizes, by the thousands on the beach ... floating dead in [the] bay and Gulf. The smell is terrible."

And though the bloom has endured for more than nine months, it's impossible to say when it will clear. If you have plans to travel to Florida, be sure to check the regular red tide status report produced by the FWC.