Eastern Air Lines is returning, again. Will it last?

Articles
Alberto Riva Alberto runs our flight reviews and oversees special projects across several verticals. Previously, he was the managing editor of Vice News and worked at Bloomberg and CNN, where he was constantly trying to convince people to do more stories about airplanes. He speaks Italian, French and Spanish and one day he’ll be better at German.
Follow
Jan. 07, 2020
•
5 min read 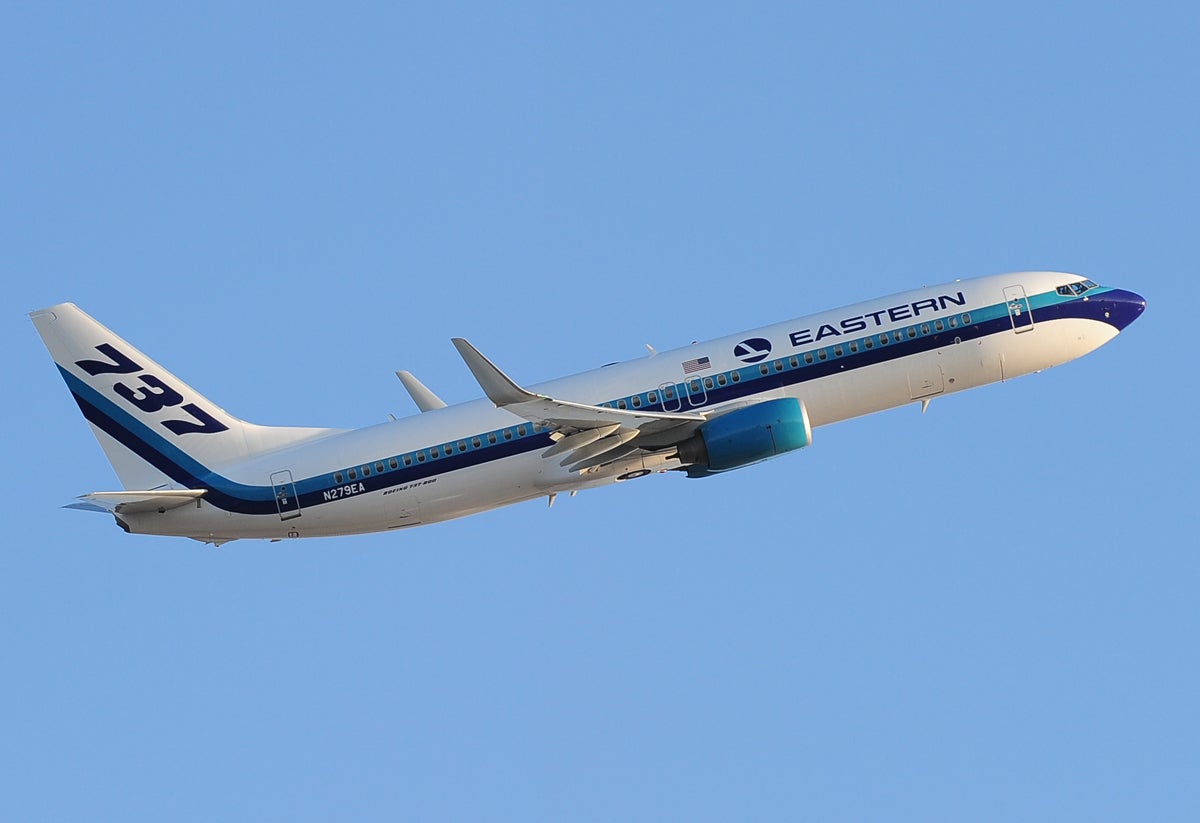 Eastern Air Lines is returning, again. Will it last?
This post contains references to products from one or more of our advertisers. We may receive compensation when you click on links to those products. Terms apply to the offers listed on this page. For an explanation of our Advertising Policy, visit this page.

Eastern Air Lines was one of the most storied airlines in the world. In the 1980s it even was the biggest airline by passengers carried, outside the Soviet Union. Founded in 1926, the same year as American Airlines and United, it hasn't however had the same fate as the other two: Eastern went under in 1991, a victim of the market changes brought by deregulation.

Now it's about to come back — again.

A new incarnation of Eastern, with a different livery from the classic one and only two destinations, is starting service on Jan. 12. It's the second return of Eastern, in fact, after a first one a few years ago.

That first reboot was launched in December 2015, as a charter airline flying from Miami, and was around until 2017, when the new Eastern was bought by another charter operator, Swift Air, which is now rebranding as iAero. The following year, Swift Air sold the rights to the Eastern name to another charter airline, Dynamic Airways — which later declared bankruptcy and is now about to resume flying as Eastern Airlines, without the space. Not Eastern Air Lines, with a space, like the historical carrier and its first reincarnation.

That's all quite complicated, but it boils down to one simple thing: You can now fly an airline which can claim a connection with one of the most hallowed names in aviation history. Whether the new-new Eastern has more staying power than the first reboot, though, is unsure; its business model is based on a combination of scheduled flights and charters, and its initial route network comprises only twice-weekly flights between New York JFK and Georgetown, Guyana, and Guayaquil, Ecuador. That may not be a recipe for profitability.

The 2020 reboot of Eastern was originally reported by Airways magazine last year. According to that story, Eastern was looking at launching routes from JFK to Anchorage and Jinan, China, as well as South America. Airline analyst Henry Harteveldt was quoted in it as being skeptical of the airline's prospects.

“I question the viability of the routes they have chosen,” he said. “Going to secondary destinations in South America and in China is definitely a big challenge.”

Yet Eastern/Dynamic has a far larger fleet than it needs to serve just those two destinations. According to fleet-tracking site Planespotters, it has eight planes, all Boeing 767s of various models, and all between 28 and 35 years old. It employs them for charter services, not just scheduled flights, giving it a cushion to fall back on in case scheduled services don't work out.

It would also need bigger airplanes than the 767 if it wants to serve China from New York. No airplanes in its current fleet could reach China from New York fully loaded without stopping for fuel, and according to Airways, Eastern is going to lease Boeing 777s that can make the journey.

Right now, Eastern flights are bookable on the airline's site, with the first from Guayaquil to JFK Terminal 4 taking off on Sunday (Jan. 12). The airline is offering $139 introductory fares, but a search on the site for the first flight departing JFK, on Jan. 13, showed fares starting at $294 one-way and going up to a reasonable $614 for premium class. Prices in miles aren't available, as Eastern does not have a frequent-flyer program.

Related: Exciting new airline routes from December 2019 and beyond

Eastern also does not offer flat-bed seats in its premium class; a seat map for the flight showed 30 recliner seats in a 2-2-2 layout.

Eastern is headquartered in Wayne, Pennsylvania, just outside Philadelphia. It's led by CEO Steve Harfst, a longtime airline executive and former U.S. Navy fighter pilot who was the chief operating officer of Allegiant before moving to Eastern in 2019. The company currently lists 146 employees and just two job vacancies on LinkedIn.

The famous "hockey stick" tail colors will be gone from the new airline's livery, which will look very different from the classic Eastern. "We will retain and use the iconic 'stick figure' logo from the original Eastern Airlines, but our main logo will be inspired by the places we fly," said a statement on the carrier's site.

The new incarnation of the livery will look a bit like a map, and that's by design, according to the airline.

"The colors of dark blue, light blue and golden yellow represent the sky, sea and sun and all come from historic Eastern Airlines colors but have been re-interpreted for today," the website added. "We will also have supporting logos and designs unique to each market we will serve inspired by the local colors and geography of each individual market. The three main rivers of Guyana and the colors of its national flag for example, inspire our supporting logo for Georgetown. We will incorporate those local designs into our website, social media platforms, marketing materials and uniform accessories."