Articles
Ashley Onadele is a writer for sponsored content at TPG and an avid family traveler. She has traveled to over a dozen countries and counting.
Follow
July 20, 2022
•
6 min read 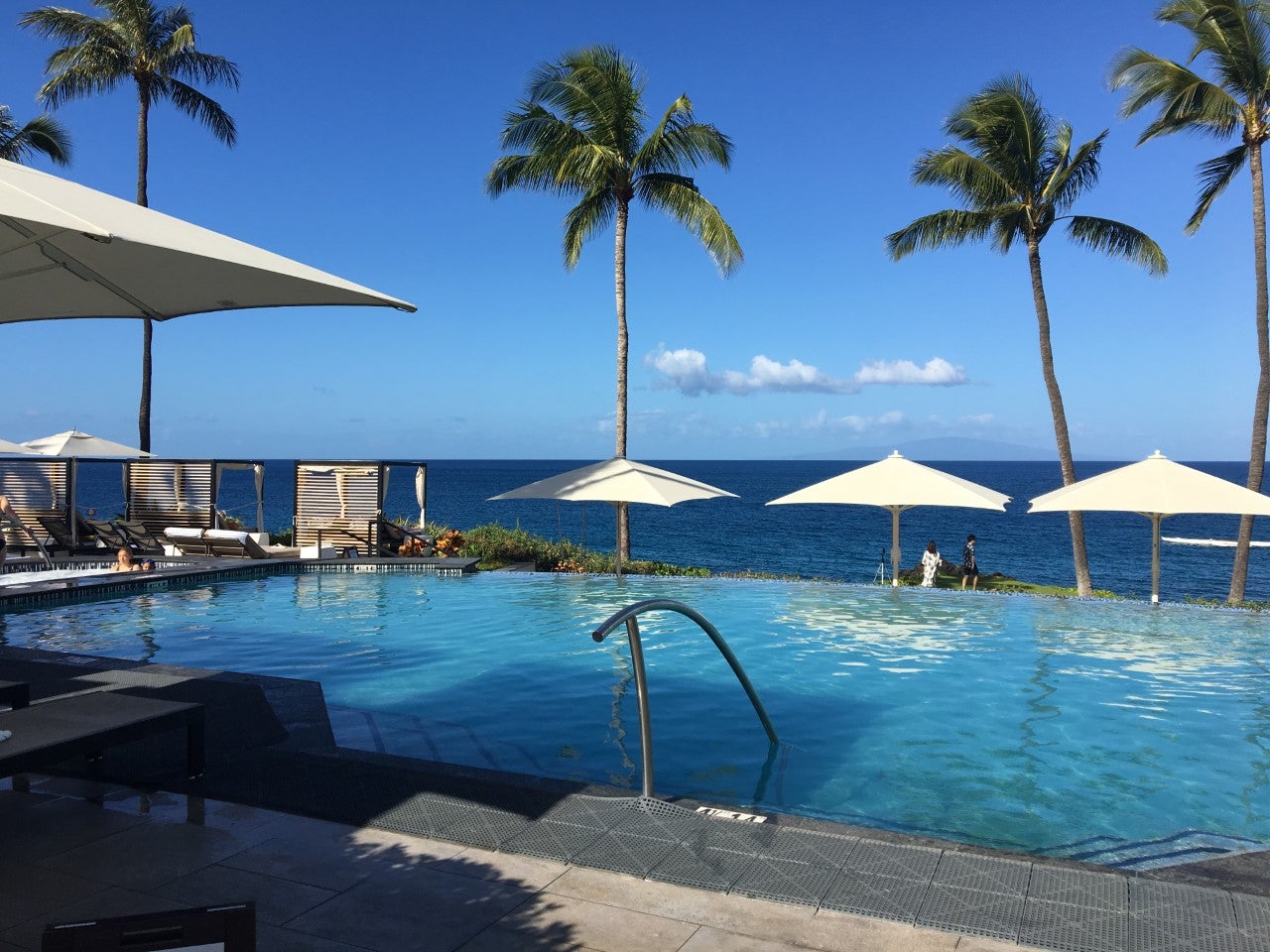 Marriott Bonvoy loyalists have had a tough year.

First, the hotel group got rid of its award chart, and then came the announcement that the Marriott Bonvoy Boundless Credit Card from Chase would offer five free night awards instead of bonus points after meeting the minimum spending requirements.

Even though the free nights are worth 50,000 Bonvoy points each — and let's not forget that you can now top off your free night certificates with up to 15,000 additional points — not many at TPG welcome the change.

For some, like my colleagues Katie Genter and Ryan Smith, free night awards make for all-or-nothing redemptions, meaning that even if your room costs 35,000 points, if you choose to use a certificate for that night, you'd essentially be losing 15,000 points in value. Having to redeem nights for at least 50,000 points doesn't work for some frequent travelers and those who just want to stretch their points as far as possible.

I admit that I hadn't thought of it that way. I didn't think the switch to free night awards was all that bad, but for the opposite reason — here's why.

New cardholders of the Marriott Bonvoy Boundless Credit Card can earn five free night awards, worth up to 50,000 Bonvoy points each, after spending $5,000 on the card in the first three months. This is equivalent to up to 250,000 Bonvoy points, depending on how you redeem those points.

The downside of this new award system is that you would want to use your free night awards on a room worth at least 50,000 points per night or you'd be throwing points away; the difference you'd save when redeeming a night worth less than 50,000 points is not redeposited into your account.

A great option for infrequent travelers

When you travel as often as some TPGers do, of course you'll want your points and miles to go as far as possible. Or if higher-end hotel accommodations aren't necessarily your thing and stretching your points as far as possible is your highest priority, having to spend 50,000 points per night when you otherwise would never do that isn't appealing to you.

But I don't travel a ton, and when I do, I want to stay at the nicest hotel or Airbnb I can find — and afford. Stretching my points to ensure I get the greatest value isn't always a top priority. If I have the points I need to stay where I want to stay without spending my money, that's good enough for me.

Related: What are points and miles worth? TPG's monthly valuations

And a nice hotel doesn't have to cost you a metaphorical arm and a leg. One of my all-time favorite hotels and redemptions is the JW Marriott Venice in Venice, Italy. In October 2022, this hotel is available for 551 euros or 64,000 Bonvoy points per night. If I were to earn the five free award nights through the Boundless credit card, I could combine one night with 14,000 Bonvoy points that I already have in my account to return to my version of the happiest place on earth.

To put my travel habits into perspective, in a typical year, my family might take one or two big trips. And throughout the year, we're spending and accruing points to redeem for those upcoming trips and those points add up. It's feasible for us to redeem more points when we finally get to travel and however many points we spend is always a better value to me than spending cash.

It's not all bad

Leading up to Marriott doing away with its award chart and moving to dynamic pricing, there was a panic rush to redeem Bonvoy points as soon as possible and for the best value before your points would presumably be worth less.

We found that the changeover to dynamic pricing wasn't actually the end of the world and a lot of our favorite hotel redemptions didn't increase as much as we feared.

Related: TPG special analysis: What impact did Marriott's changes really have on the value of Bonvoy points?

The change from Bonvoy points to five free award nights worth up to 50,000 Bonvoy points each after meeting the minimum spending requirements on the Marriott Bonvoy Boundless Credit Card from Chase isn't very popular among some travelers.

If you were to redeem one of these award nights for a room less than 50,000 Bonvoy points, the difference is not redeposited into your account; it's all or nothing.

For those who travel frequently and for those who prioritize stretching their points as far as possible, this new award system isn't working for them. But for travelers like me who like to spend their points by any means necessary — at the best hotels my points can get me, no less — these award nights are great.

Plus, I can top them off with up to 15,000 Bonvoy points per night at my favorite hotel, the JW Marriott Venice Resort and Spa. For infrequent travelers who might be redeeming all five of those award nights during their one or two vacations a year, this is a worthy value proposition, to be sure.

Our points-obsessed staff uses a plethora of credit cards on a daily basis. If anyone on our team wouldn’t recommend it to a friend or a family member, we wouldn’t recommend it on The Points Guy either. Our opinions are our own, and have not been reviewed, approved, or endorsed by our advertising partners.
See all best card offers
Related stories
Guide
26 new Hyatt hotels where you can get 500 extra points per night
Guide
Is Disney Cruise Line concierge level worth it? We tested it to find out.
Guide
3 overrated Valentine’s Day travel activities and what you should do instead
News
The best spring break destination for families for an easy vacation