Articles
Max Prosperi is a part-time frequent flyer and travel writer and full-time student. Based in St. Louis, Missouri, Max covers a variety of topics with a focus on points, miles, and aviation.
Follow
Jan. 19, 2019
•
3 min read 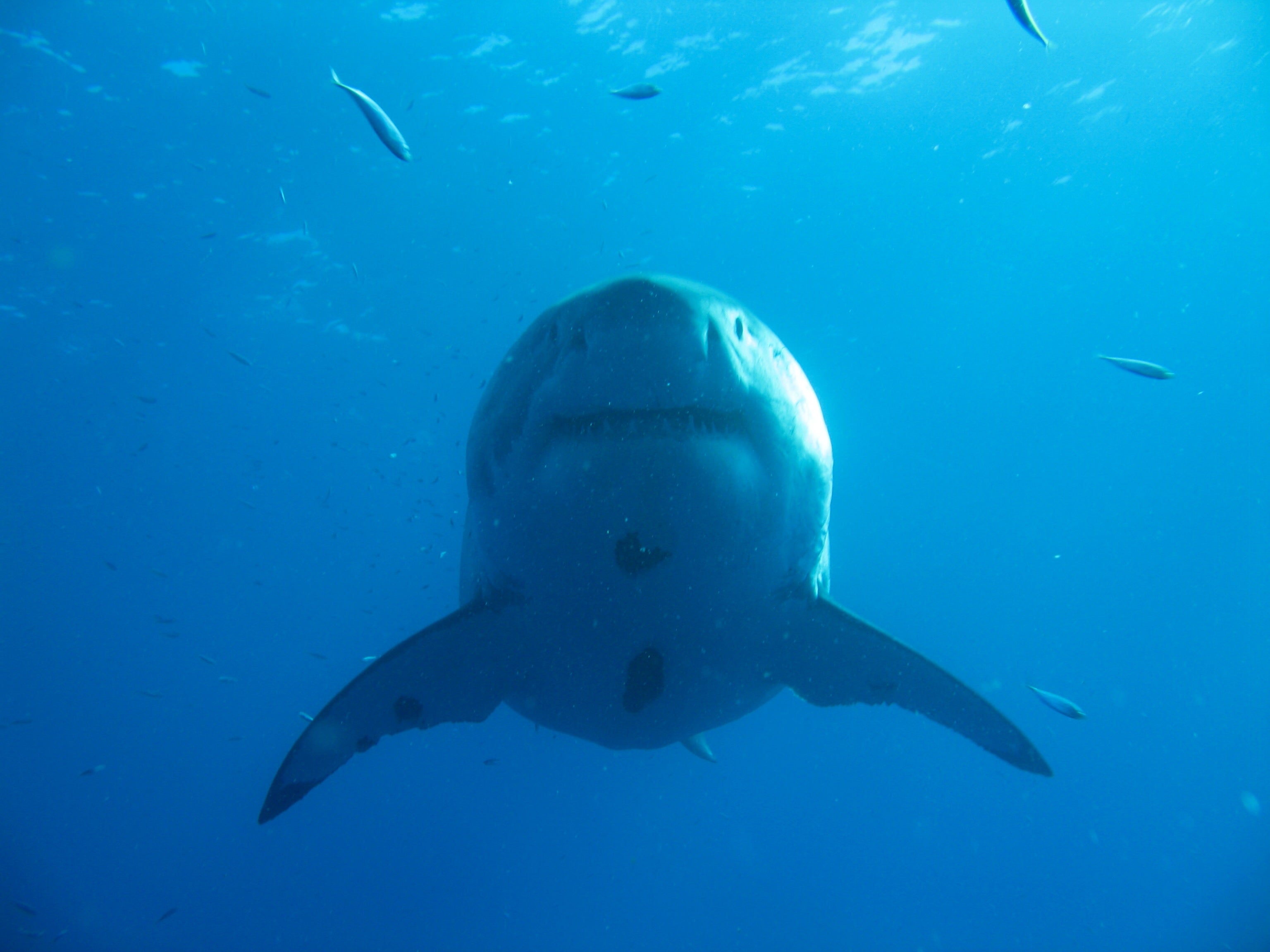 Diver Swims with Legendary Great White Shark Off Hawaiian Coast
This post contains references to products from one or more of our advertisers. We may receive compensation when you click on links to those products. Terms apply to the offers listed on this page. For an explanation of our Advertising Policy, visit this page.

There's a reason the Hawaiian Islands attract nearly 10 million visitors a year and it's primarily due to the stunning beaches and picturesque waters. And while no doubt inviting, beachgoers often forget that they share the water with an abundance of marine life.

Hawaii attracts sharks, including the Great White, every year. And this past week, what is believed to be the largest shark in the world was spotted off the coast of Hawaii and a well-known diver was there to capture the moment.

Deep Blue is the name given to this 50-year-old Great White shark. Measuring 20 feet in length, the female shark weighs upwards of 5,000 pounds. Sightings of the massive Great White are very rare, with the last recorded sighting in 2015 off the Pacific Coast of Mexico.

Great Whites are known to move around a great deal, covering thousands of miles in any given year. During the winter months, Great Whites typically migrate from the western coasts of the US and Mexico towards the middle of the Pacific Ocean. Deep Blue is no exception, sighted far from the coast of Mexico, where she was spotted in 2015 in late summer.

Ocean Ramsey, the diver who spotted and photographed Deep Blue, is a popular Instagrammer and conservationist. Based in Hawaii, Ramsey has made headlines in the past after posting videos and photos of her swimming alongside massive sharks without a cage. Her goal is to spread awareness of sharks and the issues facing the massive creatures, posting on Instagram using the hashtag #HelpSaveSharks. Ramsey actively works to show that sharks aren't mindless beasts but rather intelligent animals vital to the ocean ecosystem.

On a recent dive off of the coast of Oahu, Hawaii, Ocean Ramsey encountered Deep Blue as the shark feasted on a dead whale carcass. Ramsey can be seen swimming right alongside the behemoth shark occasionally accompanied by dolphins.

While Ocean Ramsey might have made Deep Blue look harmless and friendly, she did go on to include a disclaimer in her next few posts, noting the dangers of diving near sharks without a cage. "I highly discourage people from purposely jumping in the water with great white sharks or tiger sharks or any large shark like a bull shark or a Galapagos."

Our points-obsessed staff uses a plethora of credit cards on a daily basis. If anyone on our team wouldn’t recommend it to a friend or a family member, we wouldn’t recommend it on The Points Guy either. Our opinions are our own, and have not been reviewed, approved, or endorsed by our advertising partners.
See all best card offers
Related stories
Guide
These are the 15 best spring break destinations to visit this year
News
Southwest Airlines offers expanded family boarding ages on some flights
News
You can now use Aeroplan points for Emirates first class, but it isn't cheap
Guide
Credit card fraud: How to spot and report it