Articles
Edward Pizzarello covers family travel for TPG Family and also blogs at Pizza in Motion. You can find him hosting the Miles to Go podcast and eating doughnuts on Twitter and Instagram.
Follow
Dec. 09, 2018
•
4 min read 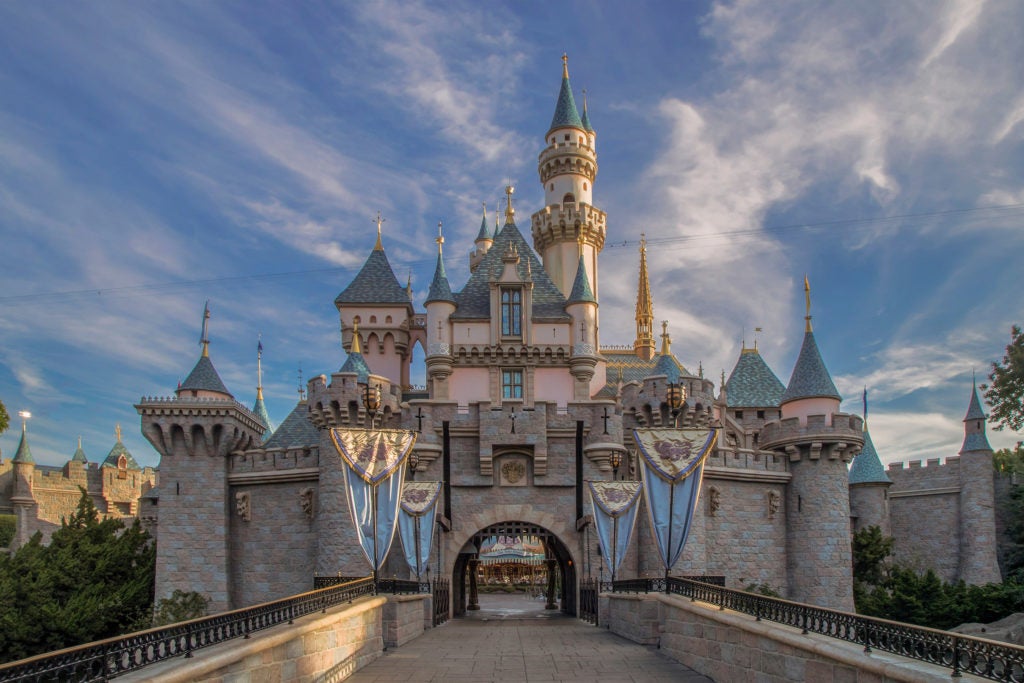 Disneyland Revoking Annual Passes of Guests Who Resell Souvenirs
This post contains references to products from one or more of our advertisers. We may receive compensation when you click on links to those products. Terms apply to the offers listed on this page. For an explanation of our Advertising Policy, visit this page.

You don't have to be a kid, or even have kids, to be a part of the Disney parks exclusive souvenir craze. Poke around the internet a bit and you'll find people of all ages chasing after limited edition pins, clothing, mini-figures, popcorn buckets (yes, popcorn buckets), cups and practically anything else imaginable. The list of Disney items people admire and collect is seemingly endless. And, in many cases, so is the line to purchase the coveted merchandise. Many Disney fans find themselves out of luck when they reach the front of the line, only to find that the special item they covet is sold out. This is not a new problem, but Disney may be taking a new approach to cracking down on those reselling their souvenirs.

According to the Orange County Register, Disneyland has started revoking the annual passes of guests who use their discount to buy souvenirs and resell them online. The contract that annual passholders apparently agree to contains a clause that prevents passholders from using their discount (about 20%) to buy items for others or buy items to resell.

The guests who have had their passes revoked all seem to acknowledge they were breaking the rules. I'm a Disney World annual passholder and had no idea this was a term and condition. Duly noted.

Can Disney Be Right and Wrong at the Same Time?

Disneyland is well within its right to revoke the annual passes of guests who use it to profit by reselling their merchandise at a higher price. But, is Disney part of the problem? With two kids of my own, I have recent first-hand experience with the souvenir craziness. Disney has gradually moved from selling $12 balloons and $25 t-shirts to souvenirs that are a bit pricier. My kids, along with thousands (millions?) of others are big fans. Have you ever heard of a Funko Pop figure? These have been around for a while. Recently, though, Disney has really ramped up the release of these limited-edition items. And, my kids love them.

This summer, Disney released the Splash Mountain Funko Pop figure. This was a cute little creation that featured some of the beloved creatures from the ride.

The anticipation for the Splash Mountain figure was high, even at my house. I was due to be in Disney World just a couple days after the release and thought I stood a chance at coming home as the World's Coolest Dad with a couple in hand. Alas, as I looked on from Virginia, it was pretty clear that the figures wouldn't be attainable.

Disney created a popular product and there was huge demand. Not their fault, right? Well, perhaps. But, how many Splash Mountain Funko Pop figures do you think one family needs? One? Two? How about ten? Ten was the limit Disney put on purchases per individual, though judging from the pictures it's unclear if even that limit was adhered to.

The inevitable "next" shouldn't come as any surprise. These figures started popping up on eBay for a lot more than the $40 retail price tag, which is already a hefty sum.

The story on these zany little figures doesn't end there. At the same time Disney was revoking annual passes these past few weeks, they were also finally releasing more Splash Mountain Funko Pop figures. Not surprisingly, shortly after the release, this was the message greeting shoppers on the Shop Disney! app:

And, if you wandered over to eBay, this was what you would find when searching for Splash Mountain Funko Pop figures:

Disney appears to be working on ways to restrict folks from buying its products at a discount and reselling them at a markup. It's hard to blame them. But, Disney may need to look inward at its policy of allowing guests to purchase ten of the same limited-edition item.

Popular Disney fan sites have plenty of comments from people upset with the current circumstances. And, you don't have to look very far on Twitter to find tongue-in-cheek support for the recent decision to revoke annual passes.