Articles
Jordan Allen has produced content for TPG on everything from travel trends to flight deals.
Follow
Jan. 15, 2019
•
4 min read 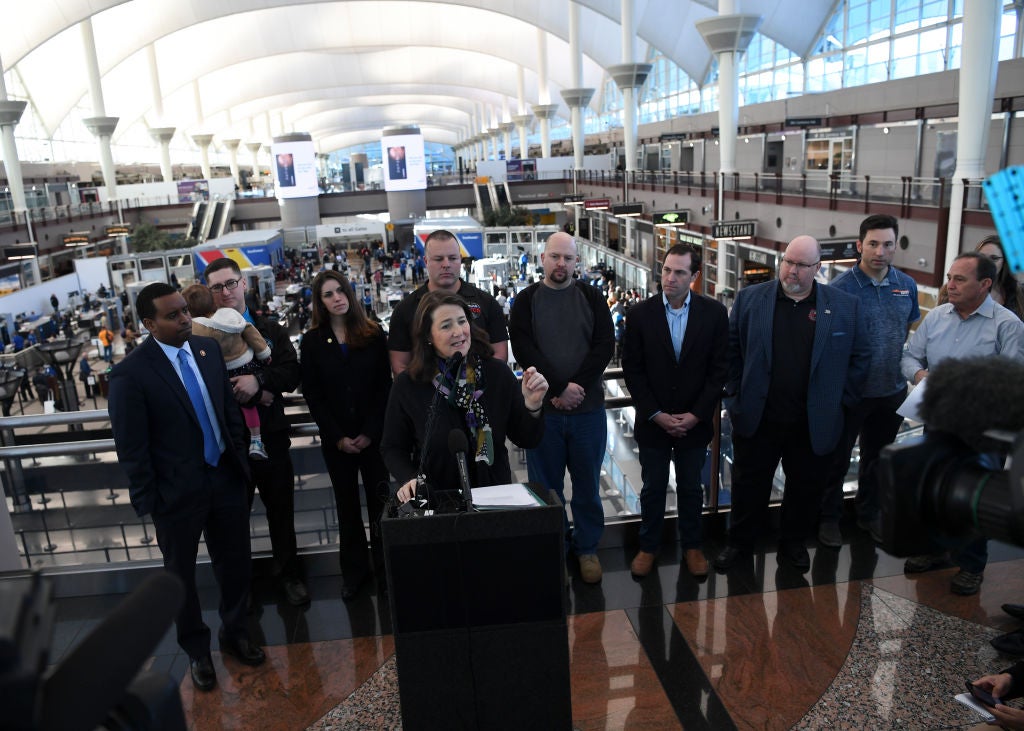 Des Moines Cancels Global Entry Registrations, and Other Government-Shutdown News
This post contains references to products from one or more of our advertisers. We may receive compensation when you click on links to those products. Terms apply to the offers listed on this page. For an explanation of our Advertising Policy, visit this page.

It's week four of the longest government shutdown in the US, and the effects on commercial air transport are beginning to be truly felt.

Since the cancelation, DSM has yet to reschedule the event, however those who planned on participating in the program can keep updated by checking the airport's social media accounts. The Global Entry program allows those who qualify to skip passport control lines and paper customs declarations when returning to the US from abroad.

Despite the shutdown's effect on Global Entry, executive director of the DSM Airport Authority Kevin Foley said that the airport hasn't experienced any travel delays since the shutdown began on Dec. 22. As for staffing issues, Foley "does not know" whether or not the trend of TSA agents calling out of work has been occurring at DSM.

ATL is the busiest airport in the world, so it's no surprise that it would experience some delays during the government shutdown. However, since our last report on increased wait times at security checks, conditions at Hartsfield-Jackson Atlanta International Airport (ATL) have only continued to decline. Passengers are now being warned by the airport to set aside at least three hours to clear security. On Monday, CNN reporter Omar Jimenez tweeted out a video of the humongous line at security.

On Tuesday morning, Delta Air Lines’ CEO Ed Bastian went onto CNBC’s Squawk Box to discuss how the shutdown has been affecting the airline. Current status? A $25 million dip in revenue due to the shutdown. (Here's our story on the revenue loss for Delta.)

Bastian also told CNBC that Delta is “stepping in, providing a lot of people” to “help take any of the non-security functions off of the TSA’s hands." Delta may also have trouble keeping to the currently scheduled date for the debut if its newest airplane, the Airbus A220. Without federal officials to work on the certfications needed to introduce a new plane type into service, the January 31 date looks iffy.

Following their first official missed payday, TSA employees at Minneapolis−Saint Paul International Airport (MSP) have transformed a small, unused roon in Terminal 2 into a makeshift food pantry. It's stocked now with macaroni and cheese, cereal, peanut butter, canned goods and a multitude of other essentials, and the unpaid employees are being encouraged to take what they need for their families.

"Our folks have taken it and run with it," Cliff Van Leuven, Homeland Security's Federal Security Director at MSP, said. "This has all accumulated I think from over the weekend."

Here is a fun little tidbit of information: according to a spokesperson for the Port Authority of New York and New Jersey, TSA and airport employees have control over what music is played at certain terminals of John F. Kennedy International Airport (JFK).

In what we imagine as an effort to boost morale during the seemingly endless shutdown, TSA agents at JFK have been blasting the explicit versions of "SICKO MODE" by Travis Scott and "Lift Yourself" by Kanye West throughout the airport among other songs by Ludacris, the Beastie Boys, Paramore and more. Some travelers have taken to Twitter to describe the surreal effect of the music in an airport setting:

Well, at least somebody is having a good time.