Articles
Darren Murph holds a Guinness World Record as the planet's most prolific professional blogger. He's an explorer at heart, having traversed nearly 50 countries and all 50 US states. He's flown over one million miles on Delta alone, and serves as a senior writer at TPG.
Follow
Feb. 26, 2019
•
4 min read 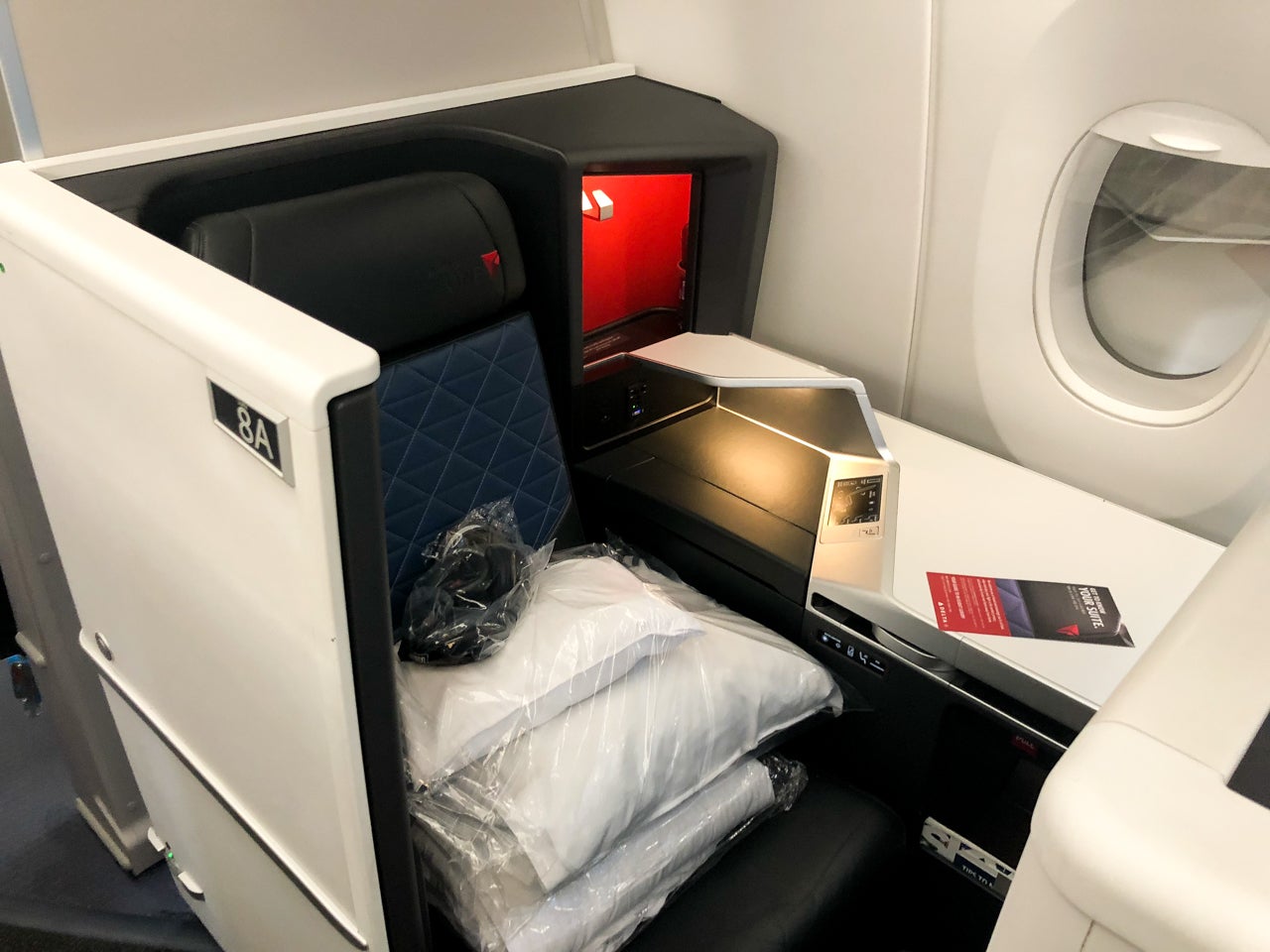 Delta Eliminates Mileage Upgrade Awards in the Americas
This post contains references to products from one or more of our advertisers. We may receive compensation when you click on links to those products. Terms apply to the offers listed on this page. For an explanation of our Advertising Policy, visit this page.

Delta Air Lines CEO Ed Bastian has made quite clear that he wants to give Delta passengers more ways to burn their miles. Except, as of this month, you now have one fewer method of burning. Quietly and without prior notice, Delta has officially killed Mileage Upgrade Awards on Delta-operated flights in the Americas.

Granted, Mileage Upgrade Awards weren't exactly popular. Instructions on how to use them and details surrounding their application were hard to find, even from Delta itself. In a nutshell, MUAs allowed you to use miles to upgrade on most Delta-operated flights and on certain Virgin Atlantic-operated, Air France/KLM-operated and Aeromexico-operated flights.

In a nod to the halcyon days of fixed award charts that were published for the world to see circa 2015, Mileage Upgrade Awards could be redeemed for set mileage amounts according to area of travel, though they were only valid with certain fare classes. The convoluted part came from only being able to use this tool by calling in and speaking with a Delta phone reservations specialist. They would look at your itinerary, see what fare class you paid for and report back with a mileage amount needed to upgrade into first or business class.

Because of this, only the savviest of points and miles connoisseurs even knew that it was an option. Still, for those reading who considered themselves a part of that group, hearing news of this cancellation will no doubt conjure up feelings of sorrow.

In late 2018, Delta introduced a new (and very visible) way to upgrade from one cabin to another with SkyMiles. By simply logging in to your Delta.com account and visiting your list of upcoming trips, you could see offers on the sidebar to buy into a superior cabin via SkyMiles or cash. This functionality came to the app in early 2019. Evidently, Delta sees this as the de facto replacement for Mileage Upgrade Awards, offering us this statement following our inquiry.

"The introduction of post-purchase upgrades using miles via intuitive, self-service digital functionality has meant we’ve been able to vastly expand the availability of these upgrades to benefit more customers."

Oddly, Mileage Upgrade Awards are still mentioned on Delta's support pages, but as several TPG readers have discovered, reservation agents are now telling anyone who asks to use MUAs that their only option for upgrading with miles is to accept whatever offer shows up in their My Trips page. It appears that MUAs may still be available for Virgin Atlantic-operated, Air France/KLM-operated and Aeromexico-operated flights if you can find availability.

Given that Delta generally pegs the value of a single SkyMile to 1 cent when pricing those upgrades, this avenue is almost always a terrible use of your miles. We typically wait until we can exchange SkyMiles for an award that nets at least 2 to 3 cents per SkyMile (such as this business-class deal to the Maldives), and now that MUAs are gone in the Americas, so too is the chance to secure outsized value via this method.

This story has been amended to clarify that MUAs have been eliminated on Delta-operated flights in the Americas.