Articles
Samantha Rosen was one of the first 20 employees at TPG. She started as the site's first full-time social media editor and also served as its lifestyle editor.
Follow
Jan. 16, 2020
•
3 min read 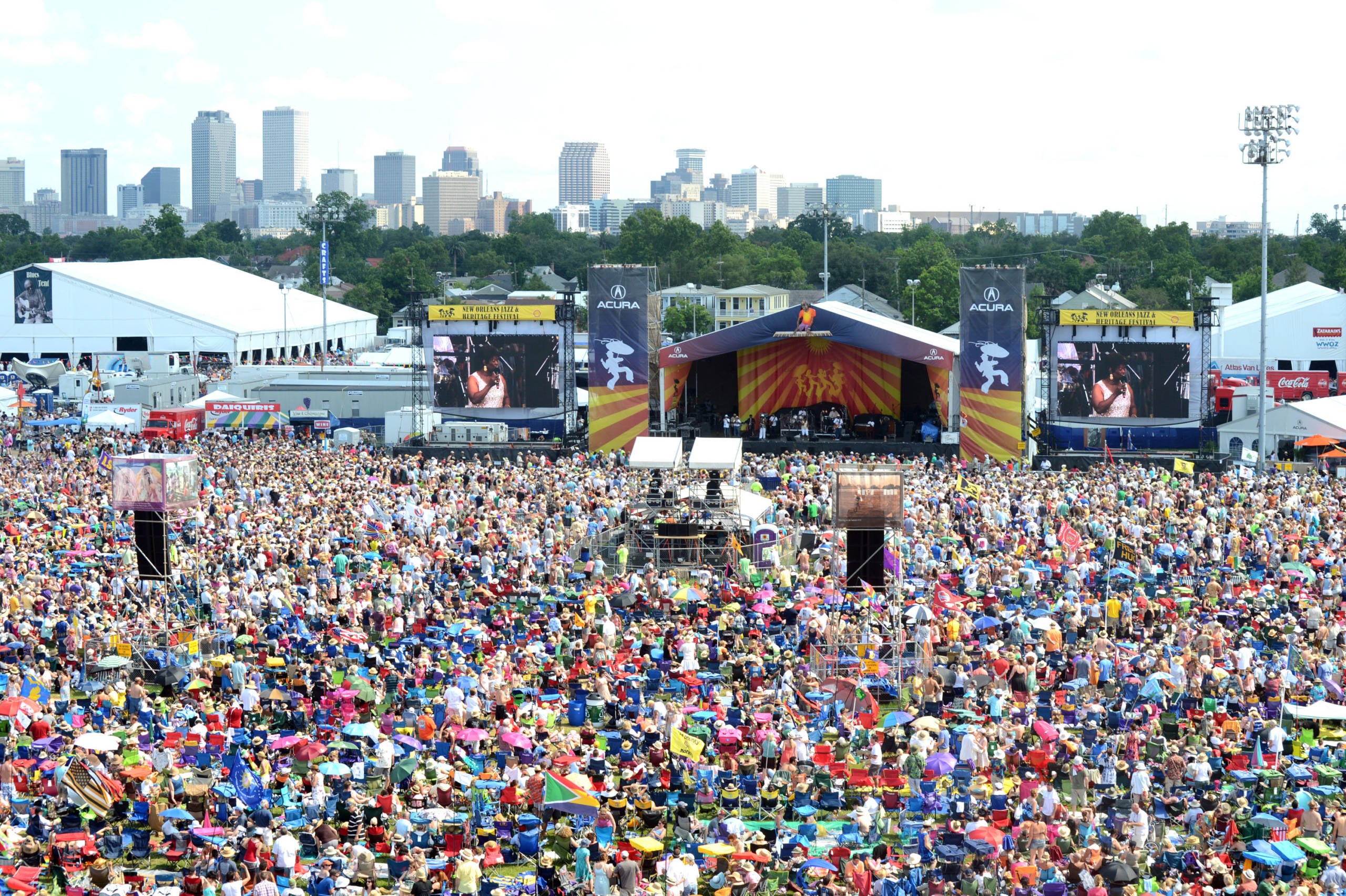 I just saved around $800 on a flight to New Orleans for Jazz Fest
This post contains references to products from one or more of our advertisers. We may receive compensation when you click on links to those products. Terms apply to the offers listed on this page. For an explanation of our Advertising Policy, visit this page.

Stop what you're doing and book a flight to New Orleans. Right. Now.

We're serious. Delta is having a sale on flights to the Big Easy during Jazz Fest weekend. I may be biased, but Jazz Fest is pretty much heaven on Earth. It's a week filled with amazing music, incredible food and thousands upon thousands of people just celebrating life. If you haven't been yet, you're missing out, and if you have ... well, you get it.

The official lineup was just announced and it is good. Think: Dead & Company, Maggie Rogers, The Who, Stevie Nicks, Lizzo, the Avett Brothers, the list goes on. And on.

Not surprisingly, flights usually climb into the $1,000 range, but we're seeing some ridiculously cheap award flights during both weekends right now ... as in 14,000 SkyMiles round-trip cheap.

In our book, that's the equivalent of paying $168.

Related: New to TPG? Check out our Beginner's Guide.

Take this flight from LGA–MSY, for example.

While it's in basic economy with a short layover in Atlanta, you'll get in with plenty of time to catch John Mayer jam out with Bob Weir, Mickey Hart and Bill Kreutzmann the following day. Just pay the rough equivalent of some Crawfish Monica in taxes and fees ($11.20) and you're golden.

The same flight, if you paid in cash (on a credit card, naturally), is still only $255.

Again, still a very solid deal, especially considering how insanely expensive these flights can get.

If you'd rather pay for regular economy — we know ticket changes and seat selection are important — there are a bunch of options to play around with for a handful thousand more Delta SkyMiles.

I also checked a handful of other cities such as Boston (BOS), Chicago (ORD) and Washington, D.C. (DCA), and flights hovered around the same range. No matter where you're flying from, I'd be willing to bet that this deal won't be around long.

If you are opting to pay in cash and save your SkyMiles, be sure to pay for your flight on a credit card that earns you bonus points on airfare. Our top picks are The Platinum Card® from American Express (5x points on flights booked directly with the airline or through Amex Travel on up to $500,000 on these purchases per calendar year), the Chase Sapphire Reserve (3x) and Chase Sapphire Preferred Card (2x).

Featured image by FilmMagic
Editorial disclaimer: Opinions expressed here are the author’s alone, not those of any bank, credit card issuer, airline or hotel chain, and have not been reviewed, approved or otherwise endorsed by any of these entities.