Articles
Ashley Kosciolek has spent more than a decade writing about travel, with particular emphasis on cruises. Her favorite cities include London; Amsterdam; Krakow, Poland; Phnom Penh, Cambodia; Dawson City, Yukon; and anywhere known for outstanding pizza and theater. You can follow her daily exploits, both at sea and on land, on Instagram or Twitter @slyjabroni.
Follow
May 10, 2022
•
9 min read 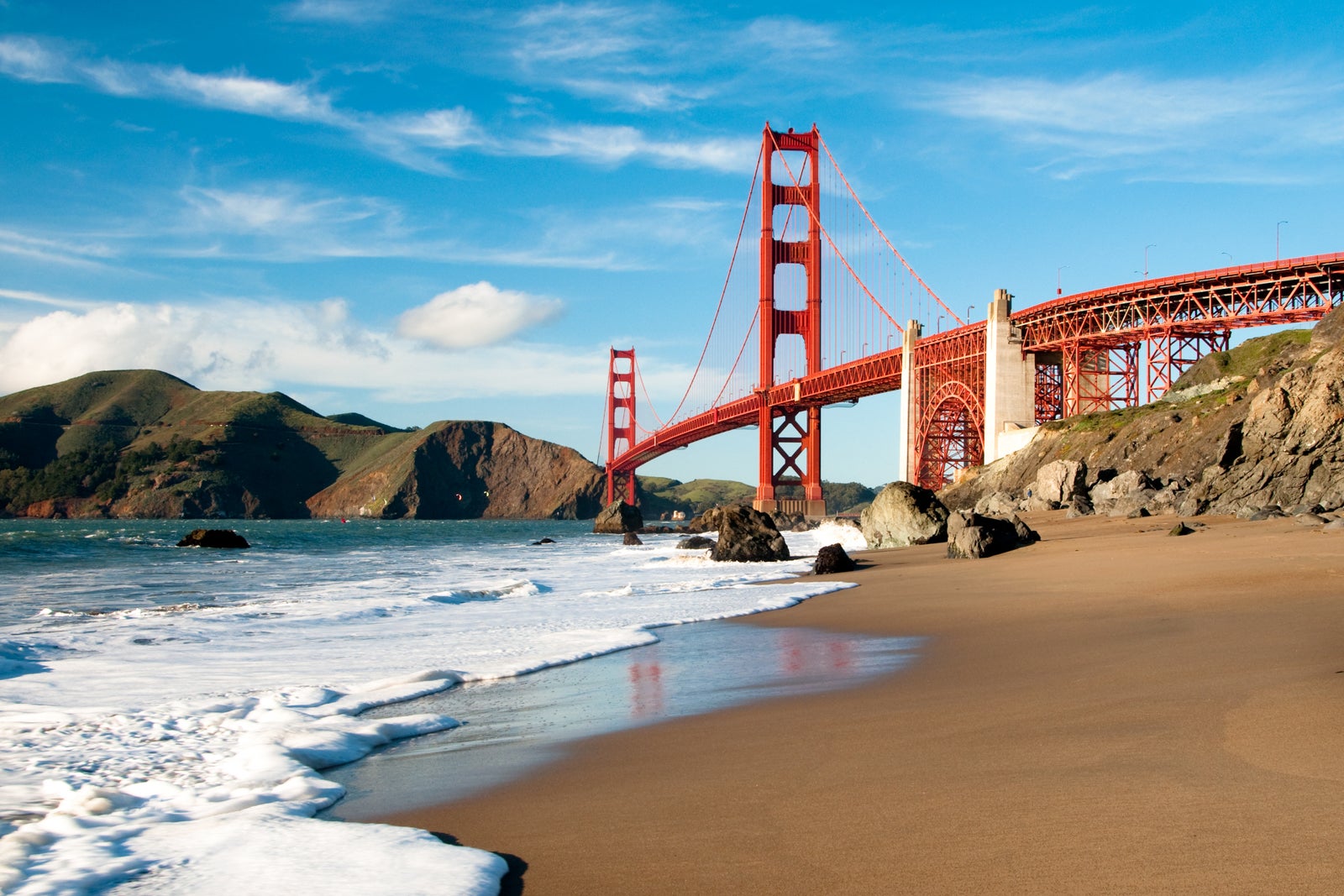 Are cases of COVID-19 on cruise ships on the rise, particularly along the West Coast?

If you've been following the news over the past month or so, you might have read about ships arriving in Los Angeles, San Francisco and Seattle with hundreds of infected passengers on board, prompting the U.S. Centers for Disease Control and Prevention to investigate the "outbreaks."

In fact, the percentage of ill passengers on ships continues to remain lower than what you'll find on land, but that doesn't mean cases aren't going up in certain areas. Here, I'll offer some theories about why and explain what it takes for the CDC to get involved.

The below ships have had publicized or known COVID-19 cases on sailings within the past six weeks. (Note that this is not necessarily an exhaustive list.)

On May 3, Carnival Cruise Line's Carnival Spirit — which recently relocated to the U.S. after spending more than a decade based in Australia — arrived in its new homeport of Seattle. Passengers on the cruise claim more than 100 people tested positive for COVID-19 on board.

The Washington State Department of Health referred The Points Guy to the cruise line when asked to confirm. In a statement, Carnival acknowledged that cases were found on the ship but declined to say how many or what the total passenger count was.

Following three separate voyages on March 30, April 11 and April 23, Princess Cruises' Ruby Princess docked at its San Francisco homeport with 73, 143 and 37 onboard cases, respectively, as confirmed to TPG by the San Francisco Department of Public Health.

On April 30, an unconfirmed number of cases was found on the Princess ship Majestic Princess when it returned to Long Beach after a seven-night California coast voyage.

A phone call to the Los Angeles County Department of Health's press office directed me to a general press email account, which has not yet replied to a request for information. Princess said it does not disclose the number of positive cases on its ships to the public.

What the data show

According to the U.S. Centers for Disease Control and Prevention's weekly review, the number of counties with high levels of COVID-19 has increased slightly across the country, week over week, but the corresponding map shows most of the increase has actually been in the Northeast — not along the West Coast.

However, that's not to say that cases aren't up in the areas in question. The New York Times' tracking tool shows that, although the number of hospitalizations is down in both San Francisco and Los Angeles, the overall case numbers have risen by 83% and 74%, respectively, over the past two weeks. The tracker doesn't have a specific page for Seattle, but cases in King County, where the city is located, have risen 32% in the past two weeks.

Possible reasons for an increase in reported cases

Longer voyages, an increase in land-based cases in popular cruise destinations and relaxed protocols could all be partially to blame for the larger numbers of cases we're seeing on ships along the West Coast.

With Alaska season kicking off, several vessels recently repositioned from other locations to their seasonal West Coast homeports. Those voyages, many of which depart from Florida — where land-based COVID-19 protocols are generally more relaxed — tend to be longer and offer few port calls.

Additionally, big ships returned to Hawaii starting in January, and many sailings to the Aloha State from the West Coast last roughly two weeks, due to how long it takes to get there and back.

In both instances, there's more time on board for people who might have been exposed to COVID-19 to incubate the virus and eventually test positive, all the while potentially passing the virus to others. (The CDC says it can take several days for someone who has been exposed to show symptoms and/or test positive.)

Further, the New York Times COVID-19 tracker shows that the number of cases in Hawaii has more than doubled — nearly tripled in some places — in the past 14 days. While many popular destinations are seeing cases rise, they are simultaneously seeing the number of hospitalizations drop. That doesn't seem to be the case in Hawaii, though, with hospitalizations up across all of its islands.

As lines prepare to ramp up their Alaska voyages, it's also key to note that the number of cases there has risen in Denali, Ketchikan and Juneau, which are popular stops for cruisers.

Lines also recently began allowing a slightly larger number of unvaccinated passengers to sail, and most lines waived mask requirements, both of which could contribute to onboard spread.

Using one of the ships with an officially confirmed high number of cases, let's take the instance of the Ruby Princess sailing that ended in San Francisco on April 11 with 143 ill passengers and crew.

The ship has a capacity of 1,200 crew and 3,080 passengers. The SFDPH said I'd have to contact Princess for the number of passengers on that sailing. The line won't share that information, so let's assume the ship was sailing fully staffed but with only 50% passenger capacity — 1,891 cruisers — for a total of 3,091 people. It works out to just 4.6% of the onboard population if 143 people were sick.

At that time, one in every six people in San Francisco was infected, according to the New York Times' tracker. That's 16.7% — nearly four times the percentage onboard when 143 cases were present, assuming the ship was half full. (If it were more than half full, which is likely, the percentage of ill people on board would have been even smaller.) Currently, the city is reporting an average of 369 new cases per day — almost twice the number found on Ruby Princess.

It may be scary to some to hear that, currently, 65 of the 92 ships that have opted into the CDC's COVID-19 program are under investigation, but perspective is key.

To trigger an investigation, only 0.3% of passengers or 1% of crew must test positive for COVID-19. (For context, on a ship carrying 3,000 guests, if just nine test positive, the CDC would investigate.)

A helpful key on the CDC's website explains the agency's color-coding system and requirements for investigation.

Although cruise lines' mask policies have loosened recently, ships are still sailing with at least 90% of passengers 5 and older fully vaccinated. Some lines also are requiring boosters. Pre-cruise testing is mandatory, too, with extra testing required for unvaccinated travelers.

Should passengers test positive while on board, they are typically moved to isolation facilities where they can quarantine safely. Ships are staffed by medical teams equipped to test everyone on board and monitor ill cruisers. Should hospitalization be needed, lines have agreements with shoreside medical facilities in all of the ports they visit.

The emergence of COVID-19 cases on cruise ships isn't new. Generally, as cases on land rise, so do cases on ships. But the numbers found on board have consistently been lower than numbers on land, thanks to extensive protocols put in place by cruise lines at the recommendation of the CDC.

More than two-thirds of the vessels that opted into the CDC's program are currently under investigation, but the threshold for those investigations remains low.

Ships that conduct longer voyages — particularly sailings that begin in or visit areas with high land-based positivity rates — could be more likely to see an increase in the number of cases on board. As long as Hawaii's and Alaska's numbers are on the rise, it's likely we'll continue to see cases reported on voyages leaving from and returning to the West Coast of North America.

So what does this mean for cruisers? Take precautions. Although cruising remains one of the safest forms of travel, it's not foolproof, especially if you're embarking on a longer voyage or visiting areas where community spread is high. Choose your itinerary carefully, and consider wearing a mask in crowded indoor areas.

Featured photo by Can Balcioglu/Getty Images.