The Critical Points: 10 Problems Plaguing the Points and Miles Community 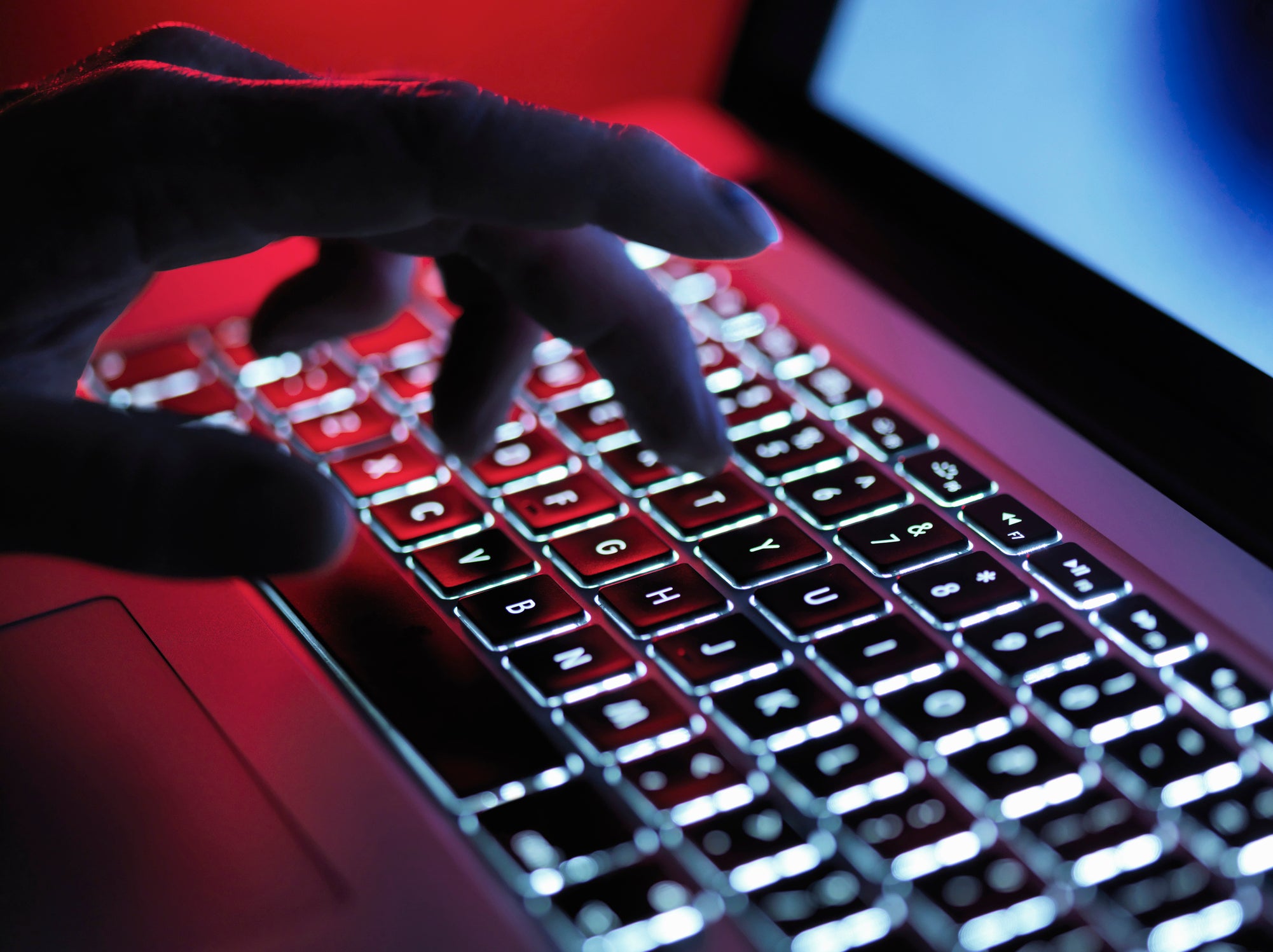 Each month in his column "The Critical Points," TPG Senior Points and Miles Contributor Richard Kerr presents his opinion on a loyalty program, card product or recent news that he believes is overlooked, unsung or the result of groupthink taking mass opinion in a direction with which he doesn't agree. His goal is not necessarily to convince you to agree with his position, but rather to induce critical thought for each of the topics and positions he covers.

There's a single word in the United States Navy that can make any officer or enlisted immediately shudder. If someone utters "critique," you instantly know it's a bad day. I've seen fighter jets towed into hangar doors, $10 million communication buoys get lost in rough seas and a sub that came to periscope depth directly in front of a 20,000-ton car shipping vessel, narrowly avoiding a collision. A critique was the first thing to take place after each of these incidents.

The "critique" is essentially an in-depth, self-assessment after an accident or near miss to find the root causes and place effective controls within a unit to ensure it never happens again. This self-assessment is a crucial part of the nuclear Navy and why it has been so successful, with 60 years of zero radiation spillage from hundreds of submarines, cruisers and aircraft carriers powered by nuclear reactors.

1. Earning Is Not the Only Side of the Equation

There are two opposite but equal parts of points and miles: earning and burning. The vast majority of the public's focus continues to be on earning as many points and miles as possible, but spending little to no time on maximizing these currencies. Unless your business is the rare exception able to generate credit card spend at will, you have to put equal time and effort into learning how to maximize your points and miles.

Yes, it can be complicated. Sure, it can be frustrating. And absolutely, it's time-consuming. But using (burning) your points and miles is the best part! Because the moment you're in business class and that jet bridge pulls back with you having paid less than $100, you're not going to remember all that effort. You're gonna think how amazing it is that you pulled this off.

For a community that hates lining up to board an airplane, we sure love lining up behind inadequate data to make conclusions and spread bad info. One data point from a crowdsourced message board, comment section or tweet is not adequate information to try and draw conclusions, much less publish a story about. Yet it appears that once a blogger makes a statement or a data point is shared on social media, everyone lines up behind that data as the new truth.

Stay independent in your thought process and strive to find the truth before accepting conjecture.

I often speak to people who make me believe they were born with a Delta SkyMiles account number printed on their birth certificate and learned stopover routing rules in elementary school. According to the way they treat newbies, there's no way they could have ever been one.

Let's all stop using the anonymity of comment sections and message boards to flame newbies and act like we know it all. Take a few minutes to point the eager learners in the right direction or congratulate them on their first redemption, rather than criticize how it could have been better. We were all there at one point and I bet you still remember a username, handle or real-life person who helped you find your way along the path.

Unless you're flying a private plane and staying in a detached rental unit, you're going to have to deal with other passengers and hotel guests as well as hospitality staff. Commercial travel doesn't exist solely for each of us as singular customers — it exists so we can all get from point A to point B and we can all make the best of a hotel stay. Decry the selfish desires and look for opportunities to help your fellow traveler as well as the customer service agents.

5. What Was That Headline?

As my editors could tell you, I'm fairly awful at writing headlines from an informative standpoint. However, I won't write so-called "clickbait" headlines which overpromise and underdeliver. While such a headline may be good in the short run for traffic, over time your audience won't trust you and you'll lose your authenticity. This also applies to titling your message board and social media posts! Let's all choose our headlines more carefully.

6. The Case of the Vacant Carrier Surcharges

If we're going to talk about how much an award ticket costs, we need to also include carrier surcharges. (OK, if we're discussing flying British Airways on an award ticket, this is info we can safely assume everyone knows — BA's award charges are infamous.) But the required surcharges for most other programs aren't widely known and can be complex (for example: Aeroplan doesn't add extra surcharges on Swiss-operated flights).

So when those of us in the points and miles community talk about redemptions, we should always include carrier surcharges along with the cost of the ticket in miles. If you say an award ticket using Asiana miles to fly Lufthansa business from North America to Europe is only 40,000 miles, you cannot leave out the ~$400 in carrier surcharges. Yes, this means long hold times, HUCA (hang up call again) and a lot of effort, but it's what everyone in our community deserves if you're going to discuss the actual cost of an award ticket.

Earning and maximizing loyalty points and miles is incredibly rewarding, but not easy, intuitive or effort-free. I get weekly reader comments asking for shortcuts in lieu of time spent studying and completing the trial and error process on airline award search engines. My least favorite comments are people blatantly telling me "that article you sent is too long and I didn't read it, but can you help me understand this?"

There's no shortcut to gaining knowledge. We all need to stop looking for shortcuts and decide for ourselves what level of effort — and therefore what level of outcome — we can accept.

Every wrinkle in the sheets, hair in the shower, scuff on the door or crumb in the seat does not entitle us to compensation. Now, if a hotel gives a random stranger a key to your hotel room? Sure, then compensation is warranted. A three-hour mechanical delay? Yes. Losing your bag on a nonstop itinerary? Absolutely. However, I feel like more and more often, we points and miles aficionados enter a flight or hotel looking for something to be wrong so we can scurry to our desk and hit up the Twitter team or fill out the complaint form.

To a certain extent, this is the airline's and hotel's own fault for setting the precedent that a quick note about the closet door off its hinges will earn me 5,000 Hyatt points. I think both consumers and the companies need to back away from this model of compensation and truly only give something when a serious situation merits it. Your right as a consumer who's displeased with your experience is to speak with your wallet and not give the company any more money or business. Go to a flight or hotel with the expectation of enjoying it, rather than looking for something wrong to score bonus points or miles.

There's a fairly new trend making its way around the points and miles circles I follow. It's now routinely suggested that everyone reach out to a property GM in the hopes of scoring an upgrade, property credit or other special treatment.

I have a few concerns with this. First, General Managers are busy people and have better things to do than answer an email with a made-up anniversary story to try and get a suite. Respect their position just like they respect you as a guest. Second, if everyone is now doing this for every hotel stay, the effect will very quickly be lost and everyone loses. If you really want a suite or better room, either pay for it or earn elite status.

On a final note, don't post outlandish pictures of your hotel suite without saying you contacted the property first asking for special treatment. It's important for people to understand legitimate avenues to these rooms via points, elite upgrades or elite status without having to ask you if pestering the GM was the only way you got the upgrade.

There's a grammatical plague overtaking the points and miles community I call the rogue ellipses. Head to any message board, Facebook group or comments section and you're guaranteed to see vast amounts of "...". The ellipses has become a staple of our online communication that routinely demonstrates a passive-aggressive, demeaning tone. If you have a point to make, just write it. You don't need to trail off with a smug "I told you so" effect or leave an ambiguous comment that shoots down the person you're responding to. We need to once again become effective communicators online — and the rogue ellipses have to go.

Without a doubt, there are many who will read this and take offense to my observations. This initial wave of emotion happens to all of us (it certainly happened in life-or-death Navy critiques), but I implore you to let that initial reaction fade and take a hard look inside. I didn't include anything in the above that I haven't been personally guilty of at one time or another. It's hard to take a serious look and critique ourselves, and even harder to admit when we're wrong.

So focus on just one of the above points that struck home with you and work to make that single aspect of this wonderful community better on a personal level. If six million monthly TPG readers each made one aspect from the above list a little better at a singular level, in a short time we'd take a single huge step forward as a community. Don't you think so?