Articles
Joseph Hostetler is a credit cards writer with more than five years of experience writing professionally about all things miles and points. He previously wrote and edited for Million Mile Secrets.
Follow
Aug. 22, 2021
•
6 min read 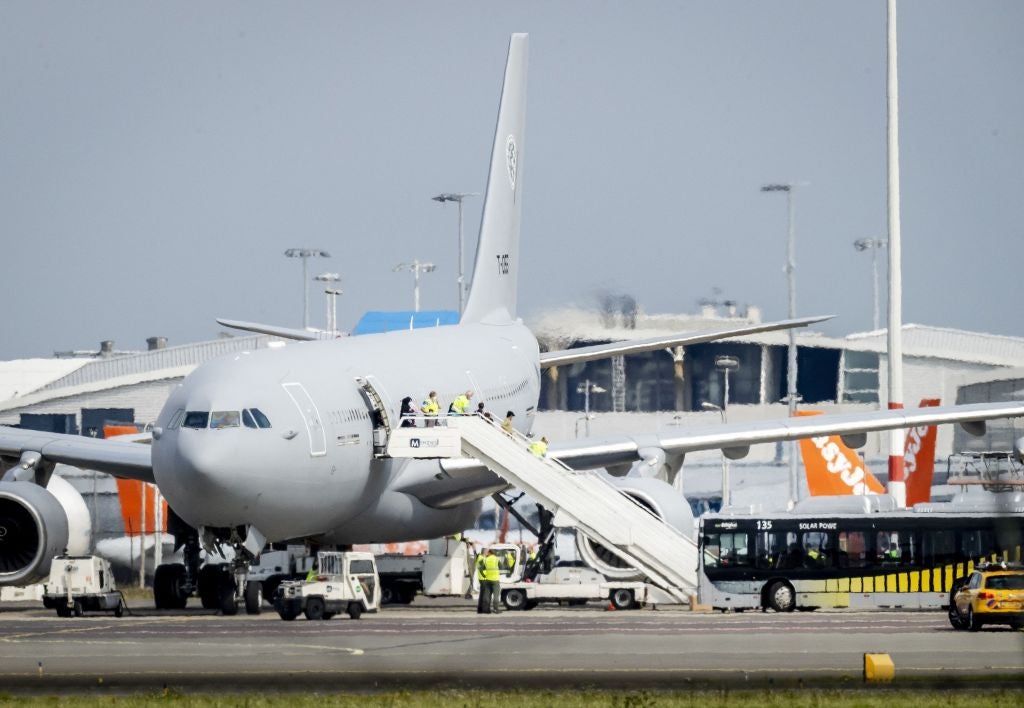 For only the third time in U.S. history, the Civil Reserve Air Fleet (CRAF) has been activated in response to hurried evacuation efforts of U.S. citizens and Afghan allies in the fallen city of Kabul.

CRAF is a sort of backup program used by the Department of Defense (DoD) when it requires a volume of air mobility that exceeds the capacity of its military aircraft. On Sunday, Secretary of Defense Lloyd J. Austin III notified CRAF-enlisted airlines that "Stage 1" is in progress -- turning U.S. carriers into military vehicles. Here's what you need to know.

For the latest travel news and info, sign up for our daily newsletter.

A total of 18 aircraft from six airlines will aid the U.S. government in transporting U.S. citizens and Afghan refugees to safety, per The New York Times:

The Department of Defense stressed that these airlines will not operate near danger:

"CRAF activated aircraft will not fly into Hamid Karzai International Airport in Kabul. They will be used for the onward movement of passengers from temporary safe havens and interim staging bases. Activating CRAF increases passenger movement beyond organic capability and allows military aircraft to focus on operations in and out of in Kabul."

A military Transportation Command spokesman revealed that the military had been communicating with commercial airlines since last week, hoping for wide-body aircraft capable of transporting hundreds of passengers. While some airlines offered help, the Secretary of Defense was compelled to order greater participation from other airlines. They are petitioned to transport evacuees between the Middle East and Europe and between Europe and the U.S. Specifically, these flights will serve as transportation from U.S. bases in Qatar, Bahrain and the UAE.

The DOD said that the employment of these commercial planes should not meaningfully impact consumer travel.

Airlines for America, which represents members such as American Airlines, Atlas Air, Delta and United Airlines, provided the following statement to The Points Guy:

"U.S. carriers remain in close communication with U.S. government agencies and officials to continue providing necessary flight support. [Airlines for America] carriers are assessing any potential operational impact, and are prepared to communicate directly with travelers as needed."

In addition, many airlines have issued statements of their own that emphasize their enthusiasm to serve.

American Airlines said that starting Monday, it would be ready to deploy "three widebody aircraft to military bases and other secure transit points on the Arabian Peninsula and in Europe to assist with the emergency evacuation of U.S. citizens and refugees coming from Kabul, Afghanistan." The statement wend on to say that American is "proud to fulfill its duty to help the U.S. military scale this humanitarian and diplomatic rescue mission" and that the airline is "proud and grateful of our pilots and flight attendants, who will be operating these trips to be a part of this life-saving effort."

In terms of customer impact, American says it will work to "minimize the impact to customers as the airline temporarily removes these aircraft from our operation. The airline appreciates customers’ patience and understanding as it works to accommodate flights."

Atlas Air, one of the largest suppliers of airlift to the U.S. military, says it is "proud to provide them with essential passenger services in the region at this critical time. We are doing as much as possible to provide the much needed capacity to support the evacuation efforts."

Delta said it has been in contact with the DoD "for several days" and is scheduled to have "multiple relief flights arriving back in the United States beginning Monday morning." It added that the airline will operate "using available spare aircraft," meaning Delta’s commercial operations should not be impacted.

"For decades, Delta has actively played a role in supporting the US Military and our troops," said John Laughter, Delta EVP and Chief of Operations. "And we are again proud to pledge Delta people and our aircraft in support our country’s relief efforts."

United said in a statement that it is "proud to partner with the Department of Defense and support the humanitarian mission to fly American citizens and Afghan evacuees," and added that "As a global airline and flag carrier for our country, we embrace the responsibility to quickly respond to international challenges like these and use our expertise to ensure the safe passage of our fellow countrymen and women as well as those who have risked their lives to help keep them safe."

What airline crew have to say

While the Defense Secretary can oblige the aircraft of U.S. airlines, the manpower is on a volunteer basis. An employee from one of the Big Three legacy U.S. airlines, who spoke to TPG on the condition of anonymity, offered perspective from the crew.

The crew member said employees were first notified on Saturday about the opportunity to volunteer, and that anyone could bid for a position — with the option to change their minds down the road.

"After bidding has closed we can still remove our names from the list if we choose to no longer participate. There is a section specifically addressing this in our contract and we were advised where to find it for any further questions."

However, details about the mission(s) are scant — not surprising given the nature of the operation. "We have not been given any details as to where or when, etc. These will definitely be classified/confidential trips. Safety and security is going to be the number one priority."

The crew member said compensation has already been negotiated and spelled out in employees' contracts and that those working the pairing "will receive an addition to their hourly rate."

So, how are crew members reacting to the call for volunteers? Feelings are mixed. "I know many people who have already put their name on the list to volunteer. We also have plenty of veterans working for us who would love to be a part of this. It would be an honor to serve and help in anyway we can in order to get everyone to safety."

"There are also plenty of people who have their reservations due to having children, families, other responsibilities, etc. We could be gone for many days at a time so this definitely is not for everyone."

"As crew members we are already prepared and trained for numerous situations such as this. It will definitely be hard work and very different from our day-to-day tasks but if it needs to be done, we will be there to do it!"

Featured image by ANP/AFP via Getty Images
Editorial disclaimer: Opinions expressed here are the author’s alone, not those of any bank, credit card issuer, airline or hotel chain, and have not been reviewed, approved or otherwise endorsed by any of these entities.