The Iconic Concorde 'Droop-Snoot' Will Rise (and Fall) Once Again

Articles
Max Prosperi is a part-time frequent flyer and travel writer and full-time student. Based in St. Louis, Missouri, Max covers a variety of topics with a focus on points, miles, and aviation.
Follow
Feb. 09, 2019
•
4 min read 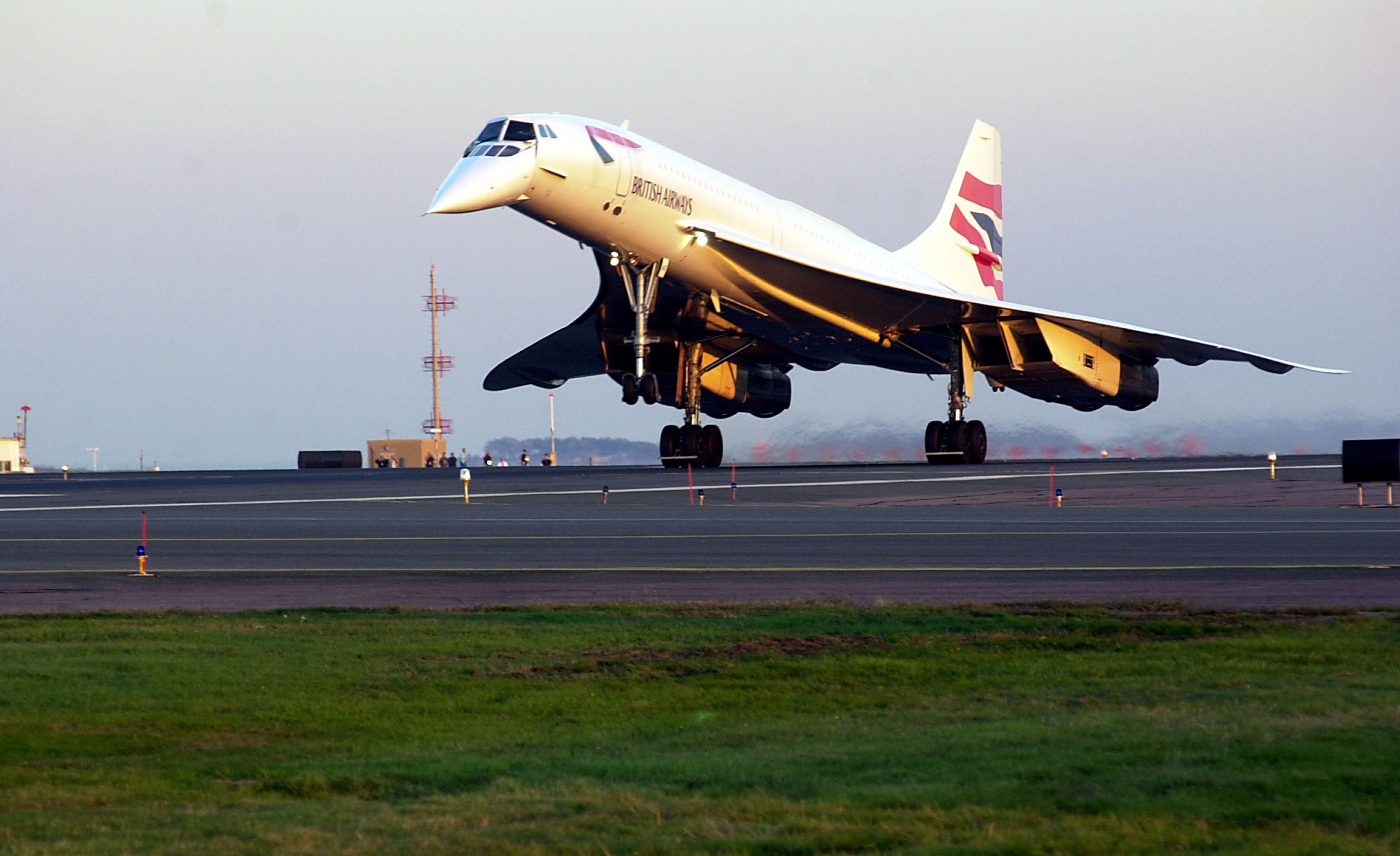 The Iconic Concorde 'Droop-Snoot' Will Rise (and Fall) Once Again
This post contains references to products from one or more of our advertisers. We may receive compensation when you click on links to those products. Terms apply to the offers listed on this page. For an explanation of our Advertising Policy, visit this page.

Fans of the iconic supersonic Concorde will have something to look forward to in the coming months. CNN Travel has reported that the droop-nose (a.k.a. droop-snoot), one of the defining characteristics of the Concorde, is in the restoration process. The goal of the restoration is to reanimate the droop-nose in time for the 50th anniversary of the Concorde's maiden flight.

The Concorde made its maiden flight on March 2, 1969. As part of the 50th-anniversary celebration of the now-grounded fleet, Aerospace Bristol is offering special tours and talks in addition to scheduled events. However, a group of volunteers is working directly on the Concorde to allow visitors to see something quite special: the reanimation of the iconic droop-nose.

After G-BOAF made its final flight, the aircraft was prepped for long-term storage and preservation. Part of the preservation and storage process meant removing some internal components of the aircraft and draining the plane of its hydraulic fluid. Without hydraulic fluid, the droop-nose was rendered useless. Now, almost 16 years since the final flight of the Concorde, volunteers are working on a solution to reanimate the droop-snoot.

The droop-nose or droop-snoot refers to the ability of the Concorde's nose to move up and down, depending on the stage of flight. Thanks to the Concorde's unique pencil-tip design, the Concorde flew at a higher angle of attack. This meant that the aircraft pitched up at a greater angle than a typical airliner. While this wasn't an issue at cruising altitude, the high angle of attack would prevent pilots from being able to see the runway on taxi, takeoff and landing. So, the droop-nose was added to the supersonic aircraft, allowing the crew to shift the angle of the nose at certain stages of the flight. When the Concorde approached a runway, the nose would droop down, allowing the pilots to see where the aircraft was headed.

Volunteers working to reanimate the droop-snoot consist of aviation enthusiasts and engineers, some of whom worked on the Concorde while the aircraft was still in service. Getting the droop-nose to a point at which it can be operated has not been a simple task. The team of volunteers had to install new cables, power components, and a transformer to tap into the plane's original electrical system.

While new wires and electrical components addressed the issue of not being able to deliver power to a grounded aircraft, the droop-nose still required a significant amount of pressure to operate. This required a hydraulic system. Zeus Hydratech, a hydraulics supplier, stepped in and donated a special motor and power unit, which will deliver upwards of 3,000 PSI. The pressure generated by the new hydraulics system will allow the nose to lower and raise as it did when the aircraft was in regular passenger service.

Today, given an absence of any supersonic aircraft, a droop-nose has not been used since the Concorde. Only a few older military aircraft feature operational droop-noses. That said, very few flyers have seen the engineering feat up close and in person. Now, thanks to the dedicated team of volunteers at Aerospace Bristol, the droop-nose will be reanimated for the next generation of aviation enthusiasts to swoon over.