Articles
Bill Fink is a senior writer for The Points Guy covering travel news, trends, and cool adventures. His award-winning stories have been featured in AARP, BBC Travel, Frommer's, Lonely Planet, National Geographic, Outside, Yahoo Travel and many others.
Follow
Aug. 15, 2022
•
5 min read 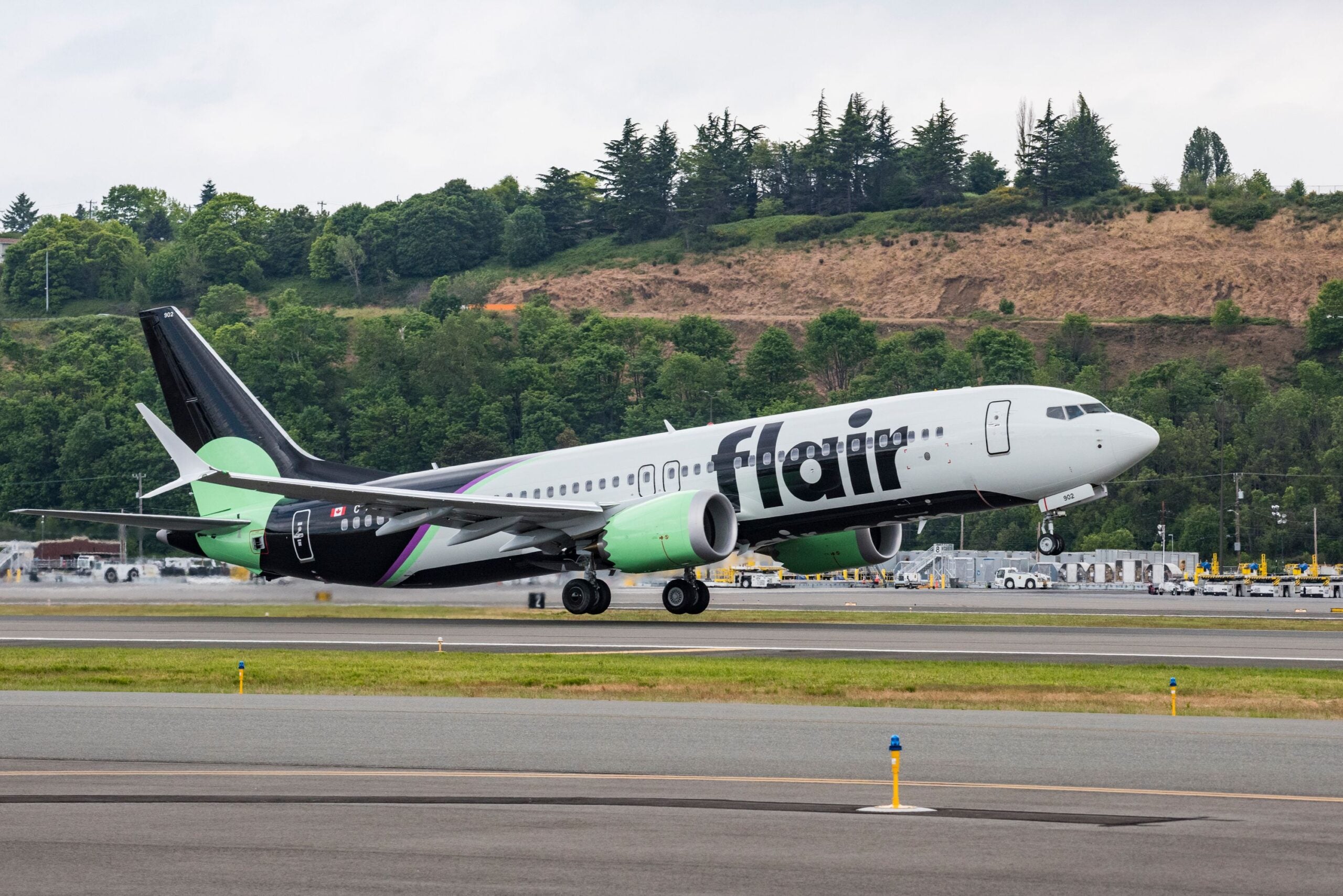 Fares begin at just $15.62 one-way for Flair's "bare bundle" tickets; these tickets do not include carry-on bags (beyond a personal item), seat selection or the ability to change your flight. Also, return flights are priced higher, but round-trip fares can still be found for less than $70.

Flair's discounted tickets are available on select flights beginning in September through at least March 2023. Even with costs added for carry-on bags and higher-priced return tickets, these fares offer significant savings over existing flights from major carriers.

For more TPG news and deals delivered each morning to your inbox, sign up for our daily newsletter and be sure to download our free TPG app.

Airline: Flair Airlines.
Routes: San Francisco to Vancouver; New York and Denver to Toronto (among others).
How to book: Google Flights or directly with Flair Airlines.
Travel dates: September 2022 through March 2023.
Book by: While discounted tickets are available.

Flair is offering the $16 one-way flights on routes including San Francisco to Vancouver International Airport (YVR), and Denver and Nashville to Toronto Pearson Airport (YYZ). The best way to find the discounted dates and cities is to enter your departure city on the Flair Airlines website and page through dates until you find the deal.

Sometimes on the main Flair page, the $16 fare is offered but is not available when you click through. However, many of these fares are still available, and you can find return flights in the $50 range.

The tickets are also searchable and bookable through Google Flights, but you'll be better able to find the gateway cities and routes by first searching on Flair's website.

You can find a round trip between San Francisco and Vancouver for just $68 in October (which is a fine time to visit Vancouver).

However, on this discounted San Francisco ticket, note that you can bring along a carry-on bag only for an extra fee, which is $39 each way.

The added carry-on bag fee will more than double the ticket cost. Still, the price is nearly 40% cheaper than similar flights on this route from United Airlines and Air Canada.

Denver is another U.S. airport where you can find $15.62 one-way flights from Flair. The return ticket brings the price to $84 for the basic no-carry-on fare class.

Comparable tickets from United and Air Canada for a similar date cost more than $400. So, even with added surcharges for carry-on bags, this Denver-to-Toronto fare is a huge savings over the major carriers.

If you're looking for spring 2023, you can find $72 round-trip tickets between New York and Toronto. Carry-on bag fees will apply, but this flight offers significant savings versus United and Air Canada fares on the same route.

Flair's prices on flights from these airports and other cities are subject to change without notice, so book quickly if you're interested. Expect to see other short-term discounts appear regularly on flights from Flair's other U.S. destinations. Flair also offers many discounted flights between Canadian cities if you're planning any extended trips north of the border.

Related: 5 small Canadian cities you can use points and miles to visit

Don’t forget to use a card that earns bonus points on airfare purchases.

Flair Airlines is offering discounted flights to Canada from multiple U.S. cities in the coming months. While Flair's advertised $16 fares are just for one-way tickets, you can still find round-trip seats for under $90.

The discounted seats are for Flair's basic tickets, which do not include carry-on bags. However, even paying an additional fee each way for your bag will still save you more than 50% versus existing flights from major carriers.