Traveling by Air Through Canada? Make Sure You Have the Proper Documentation

Articles
Emily McNutt is The Points Guy's Global News Editor and is based in London.
Follow
June 27, 2018
•
3 min read 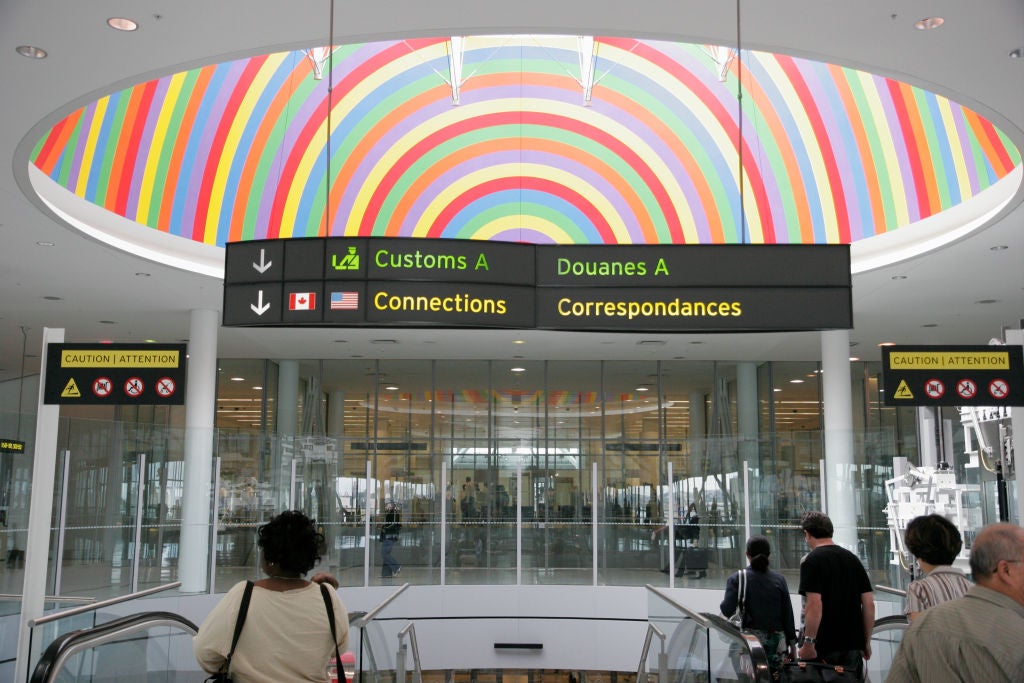 Traveling by Air Through Canada? Make Sure You Have the Proper Documentation
This post contains references to products from one or more of our advertisers. We may receive compensation when you click on links to those products. Terms apply to the offers listed on this page. For an explanation of our Advertising Policy, visit this page.

Don't get denied from boarding your flight to Canada because you're missing proper documentation. That's what one TPG staffer's spouse learned on a recent flight from Lyon (LYS) to Miami (MIA) via Montreal (YUL).

The traveler, whom we'll call Jean, is a French citizen who is also a United States Green Card holder. Jean was booked on Air Canada's nonstop flight between France and Canada, before continuing on to his final destination in Florida. When he was attempting to check-in at the airport in Lyon, the agent asked for his paperwork — his Electronic Travel Authorization, or eTA.

In 2016, Canada implemented its eTA policy, which is required for certain passengers in order to fly to or transit through Canada. So, even though Jean was only transiting through YUL on his way to the US, he was still required to obtain an eTA.

The eTA is defined as:

"An entry requirement for visa-exempt foreign nationals travelling to Canada by air. An eTA is electronically linked to a traveller's passport. It is valid for up to five years or until the passport expires, whichever comes first. If you get a new passport, you need to get a new eTA.

With a valid eTA, you can travel to Canada as often as you want for short stays (normally for up to six months at a time). You do not need an eTA for travel within Canada.

An eTA doesn't guarantee entry into Canada. When you arrive, a border services officer will ask to see your passport and other documents — for example, a US Green Card. You must convince the officer that you are eligible for entry into Canada."

The Canadian government details who exactly is required to obtained an eTA when transiting through Canada. And, as one might expect from the story, France is listed as a visa-exempt country. And, Green Card holders do need to obtain one if they're from one of the visa-exempt countries. You can find the full list of those who need an eTA here.

Note that an eTA isn't required for all entry into Canada. It's only required for those transiting to or through Canada when entering via air — not land (i.e. driving) or sea (i.e. cruise).

There are a few exemptions to who is required to obtain an eTA. Namely, US citizens aren't required to get an eTA as long as you're carrying proper identification, such as a valid US passport. You can find the full list of eTA exceptions here.

In order to get an eTA, you'll need to fill out an application online, requiring basic information such as passport number, a credit or debit card and an email address. The application process takes a few minutes to complete, and most get their approved eTA within a few minutes. However, Canada warns that some eTA applications can take several days to process. In total, the eTA costs CAD 7 — about $5. If you know that you'll need an eTA to transit to or through Canada, it'll be best to apply sooner rather than later.

As for Jean, he was able to contact his spouse who was in the US. The TPG staffer was able to complete the application for him, and he was allowed to board his Air Canada business-class flight to YUL before ending up at his final destination in Miami.