British Air Traffic Control Is Going Digital... The US Is Not.

Articles
Katherine Fan is a former senior travel features reporter at The Points Guy who covered everything from personal finance to travel and aviation.
April 03, 2018
•
6 min read 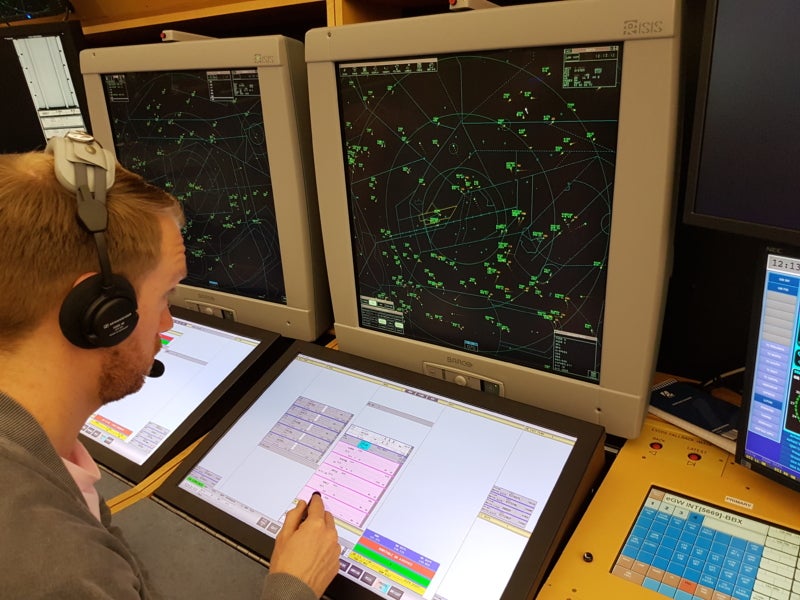 British Air Traffic Control Is Going Digital... The US Is Not.
This post contains references to products from one or more of our advertisers. We may receive compensation when you click on links to those products. Terms apply to the offers listed on this page. For an explanation of our Advertising Policy, visit this page.

The busiest airspace in the world is entering the 21st century.

On April 4, air traffic control at London's Heathrow (LHR) and Gatwick (LGW) airports will transition away from tracking incoming and outbound flights with paper strips, implementing an electronic tracking system called EXCDS in their stead.

"[Our] air traffic controllers... currently use paper strips to record all the information that enables them to keep aircraft safely separated," said National Air Traffic Services (NATS), the organization responsible for all air traffic control within the United Kingdom, "including where an aircraft is heading to, the speed they’re traveling, and the instructions they’ve been given, for example what flight level to fly at."

"Months of planning have gone into making this whole process safe and predictable," said Pete Dawson, the general manager for NATS London Terminal Control, who is responsible for all air traffic in greater London area. "We are again working very closely with our airport and airline customers to put in place measures to minimize any disruption to passengers."

NATS has successfully implemented the digital technology in two of its five UK regions, but the upcoming London Terminal Control transition is easily its most challenging endeavor. Swanwick-based London Terminal Control, which covers the 200,000 square miles of airspace encompassing all of London and the southeast region of the UK, handles more than 1.8 million flights a year. And in addition to making sure the hardware implementation goes without a hitch, the scheduling logistics for personnel training requires a delicate balancing act as well, as the busy vacation season is just about to begin.

In order to make the switch as smoothly as possible, the Telegraph reports that airlines have agreed to reduce airspace capacity to 80% for the first 10 days beginning April 3, then to 90% for the next 10, before returning to normal. NATS anticipates potential flight delays of up to 20 minutes during this transition period as a result.

“According to the analytics we have run, for those flights that are delayed, and many flights will not be, it is around 20 minutes at those peak times,” explained Jamie Hutchison, director at NATS Swanwick. “For the following 10 days that [delay time] halves to around 10 minutes, and after 20 days we return to full capacity. This is really quite a significant change for the controllers - and change is always difficult - but broadly the feedback has been very positive because they see the benefits.”

Although EXCDS provides automated flight data management information using touch-sensitive display screens, air traffic controllers are not in danger of becoming defunct any time soon. While EXCDS automates some processes and reduces the need for manual coordination, the system still relies on human oversight to manually input much of the documentation air traffic controllers currently handwrite, regarding the instructions they’ve given to an aircraft.

The guiding principle of air traffic control is that safety is paramount. Controllers must keep the aircraft they handle safely separated using internationally agreed standards. They achieve this by allocating different heights to aircraft or by arranging minimum horizontal distances between them. These distances vary according to circumstances, but aircraft flying along the airways under radar surveillance, for example, are kept five nautical miles apart horizontally or at least 1,000 feet vertically.

UK airspace contains a network of corridors, or airways. These are usually ten miles wide and reach up to a height of 24,000 feet from a base of between 5,000 and 7,000 feet. They mainly link busy areas of airspace known as terminal control areas, which are normally above major airports. At a lower level, control zones are established around each airport. The area above 24,500 feet is known as upper airspace.

All of these airways are designated "controlled airspace". Aircraft fly in them under the supervision of air traffic controllers and pilots are required to file a flight plan for each journey, containing details such as destination, route, timing and height.

The $984 million transformation will have several effects on the control room: There will be far less static noise with the cessation of manual printouts and plastic holders tapping against each other. Air traffic controllers also will no longer dial their colleagues for verbal updates, as all information will be electronically transferred. And finally, going digital will promote safer, scalable growth as more and more flights take to the skies each year.

According to NATS, one of the biggest safety benefits of using EXCDS will be the automatic alerts that will sound if a pilot programs an altitude outside the parameters set by a air traffic controller - known in the business as a “level bust."

“Safety is in every controller’s DNA, and they can see the benefit of the new system,” Hutchison told the Telegraph, adding that each of Swanwick's 285 controllers has undergone up to nine days of EXCDS training. “Air space is becoming increasingly strained, and the new system reduces controller workload from the point of view that information is being electronically carried forward from one sector to the next. That creates a bit more thinking time for controllers which can translate to capacity.”

Interested #AvGeeks can check out the informational NATS video below, which goes into more detail about the process of transition.