Think that business class award tickets to Europe are astronomically expensive? If you are booking via ANA on a Star Alliance carrier then think again as it can be done for just 88,000 miles per round trip by transferring your Amex Membership Reward points to ANA to fly on United, SAS, Turkish, and more…

A little over three years ago, I was pregnant with our second daughter and Josh and I took our final kid-free trip before she arrived to Jamaica with some friends. We were booked from Houston to Montego Bay and back on Star Alliance partners, including United, for 22,000 ANA miles each based on ANA distance based award chart that was in place at the time. For reasons I never understood, our flights back to the United States just weren’t recognized in the system even though the outbound flights booked on the same itinerary were not a problem. No one was able to fix this apparently very complicated ticketing issue at the airport or over the phone in time for departure, and in the end, we completely abandoned that part of the itinerary and flew home later that afternoon using American Airlines miles on a new reservation.

After some back and forth, ANA awarded us with miles to make up for the snafu to equal what we spent with American. A couple months later they introduced a new award chart that eliminated the 22,000 mile round trip to Jamaica, but introduced an 88,000-mile business class award to Europe. That became the plan for our miles, and as we came upon the three-year expiration date for these ANA miles, it was time to finally book that kid-free trip to Europe in business class.

Since ANA is a Star Alliance partner, I thought it would be pretty easy to book a business class award to Europe from Houston as we could take one of the United flights from Houston nonstops to London or Amsterdam and connect onwards from there. We’ve taken those flights many times in the past and while they aren’t the best business class seats out there, they lie flat and operate from our home airport. Had I booked a year or two ago, they would have been easy to snag, but more recently United has severely clamped down on making saver business class awards to Europe available for booking, especially from Houston. I couldn’t find any business saver awards from Houston to Amsterdam and very, very few to London for many months at a time.

Booking business class awards to Europe for 88,000 miles round trip

Our savior ended up being…SAS. While SAS does not fly from Houston, they did have solid business class availability from Chicago to Oslo, Copenhagen, or Stockholm. There are no fuel surcharges when booking on SAS via ANA and their business class seats look really, really good. 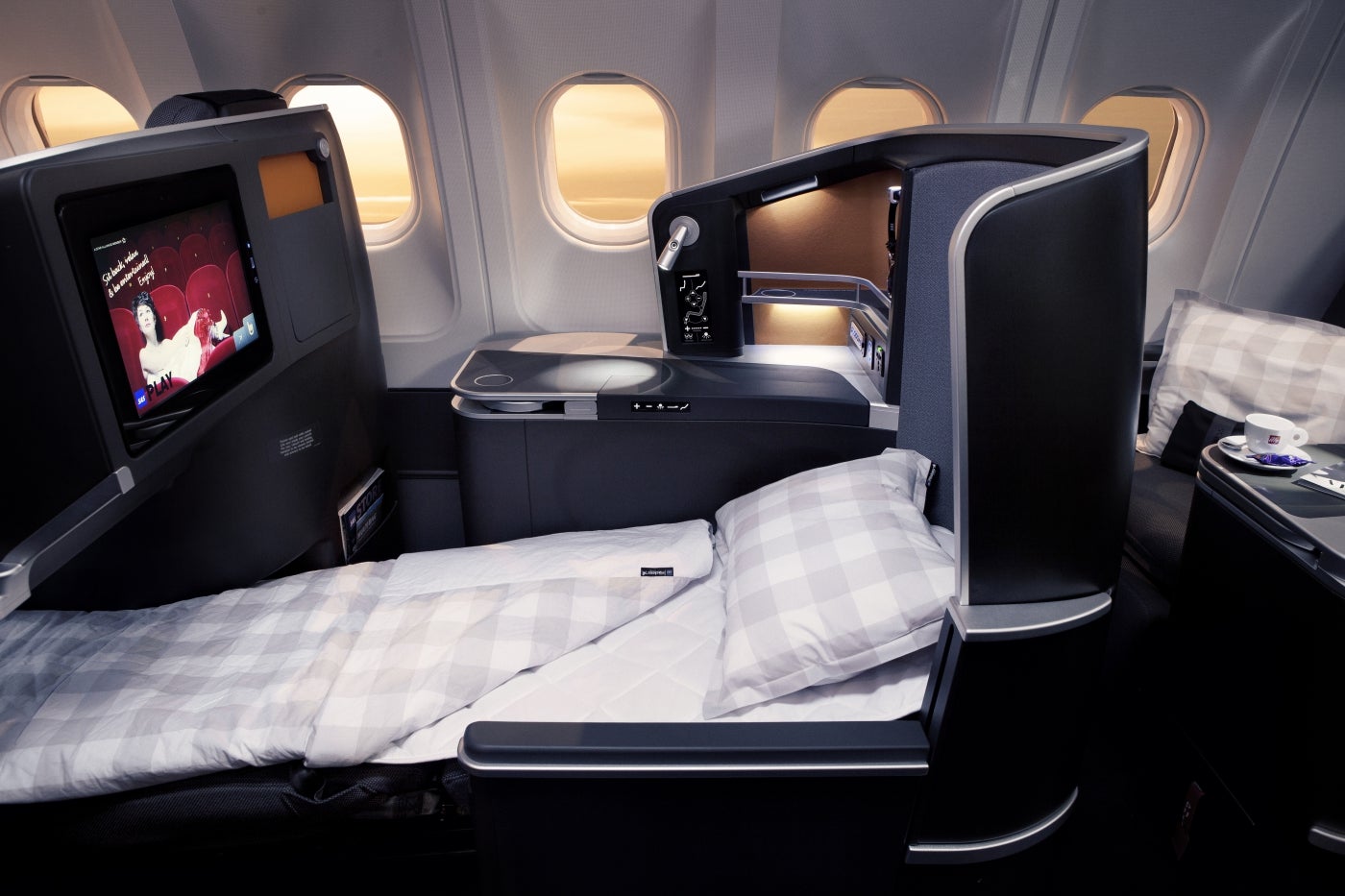 The one downside of this itinerary is we will have to get ourselves to Chicago on a separate ticket as United did not have any saver awards from Houston to Chicago that we could book via ANA, but that’s a small price to pay for what will come next. We’ll add in plenty of buffer time for cancellations or delays due to the separate tickets. An added bonus of flying out of Chicago on SAS Business Class is we should get to hang out for the day in the United Polaris lounge that I still have yet to visit.

We will spend several nights in Sweden and hopefully even head out of Stockholm to strap on some skis next winter!

All things being equal, I probably would have taken the train to go from Stockholm to Copenhagen, but including this stopover and subsequent flight on the ANA award didn’t cost any additional miles, so we will fly between Stockholm and Copenhagen for the second part of our Scandinavian adventure in Denmark.

After a couple nights in Copenhagen, we will journey home connecting through London on a very hard to snag United nonstop business class award from Heathrow to Houston.

Via ANA I was able to have open-jaw cities on the departure and arrival within the United States, and open jaw cities in my destination zone of Europe. For those not familiar, this means I didn’t have to depart from and return to Houston, which is good because limited award availability made that impossible. I also was able to arrive and depart from Europe via different cities via Stockholm and Copenhagen. 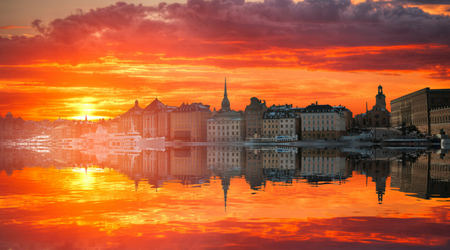 This was all bookable online via the ANA website, though I will say the ANA award booking tool is far from perfect and takes some patience and practice.

While I have been to Norway and loved it, I’ve never been to Sweden or Denmark. This will be Josh’s first time to any part of Scandinavia, and we are beyond excited for our 2019 adventure to Europe in business class thanks to ANA miles.

We don’t yet have things lined up on the hotel side, but Club Carlson, I mean Radisson Rewards points, are quite strong in Scandinavia and we have a few stockpiled. SPG also has a few options in Stockholm and Copenhagen and even Choice Privileges points can work wonders in that part of the world.

Our trip is still quite a ways off, but I’ll share more of the planning process as we piece it together. For now, let this serve as a reminder of one of the absolutely cheapest ways to get to Europe on a Star Alliance carrier in business class using your miles. The trick with booking via ANA is avoiding the air carriers that impose fuel surcharges, but as you see, even that can be accomplished if you just keep looking.

Sign up for our daily newsletter
Summer Hull aka Mommy Points, ran the Mommy Points site for families who want to travel more for less using miles and points for seven years and now heads up TPG Family when she isn't exploring the world with her own two girls.
You might like
4 drive-in experiences you’re about to see everywhere this summer
News
14m ago
Cash back for businesses that are cash strapped: A review of the Plum Card from American Express
News
44m ago
TPG readers reveal their summer road trip and ‘nearcation’ destinations
News
1h ago