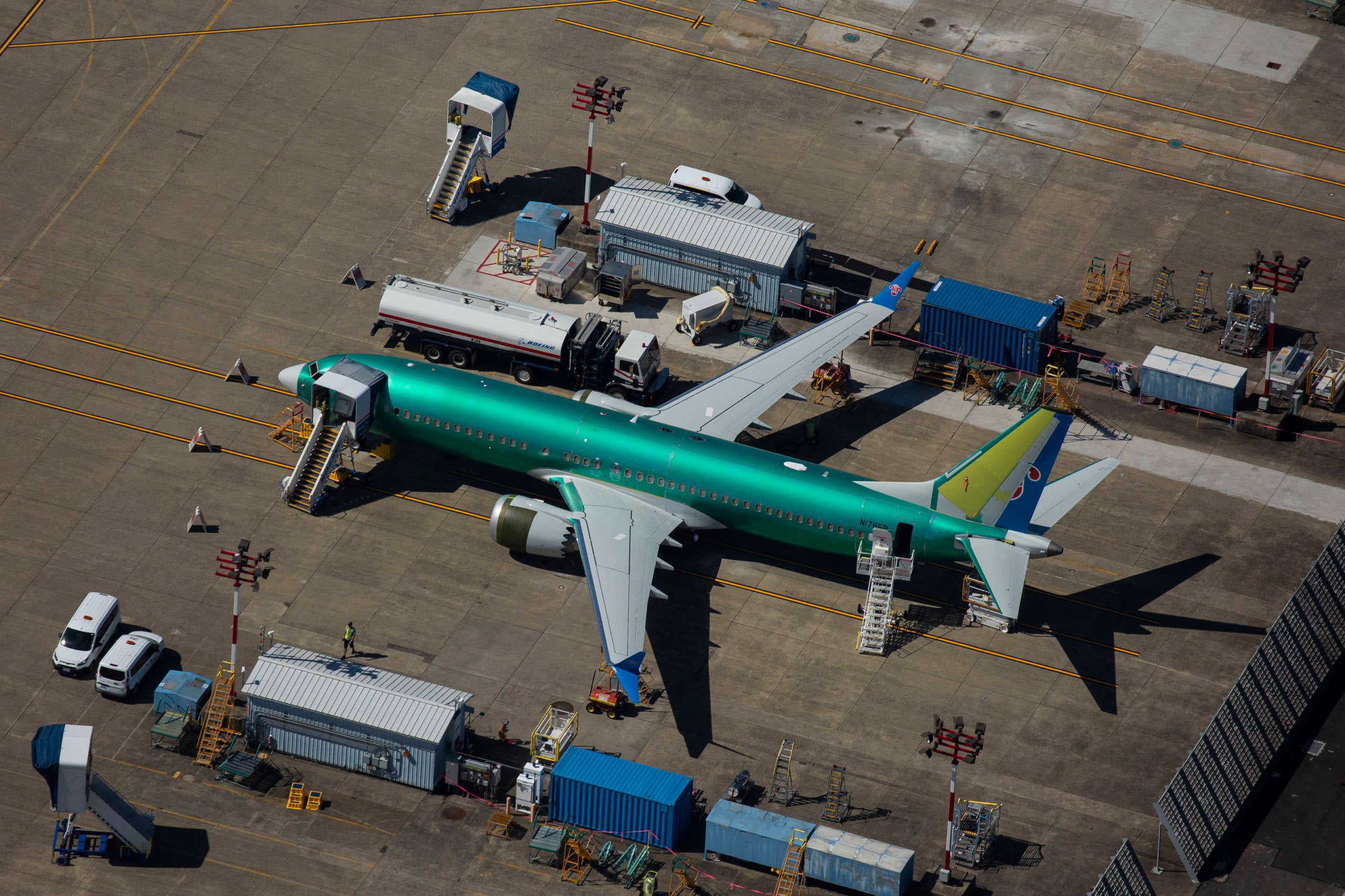 More delays ahead: Boeing issues new 737 MAX guidance
This post contains references to products from one or more of our advertisers. We may receive compensation when you click on links to those products. Terms apply to the offers listed on this page. For an explanation of our Advertising Policy, visit this page.

It now looks like Boeing's troubled 737 MAX won't be cleared to fly until this summer.

The manufacturer said on Tuesday it was advising its customers and suppliers that it now expects the MAX to be grounded until "mid-2020."

The update comes just as all three U.S. operators of the jet — American, United and Southwest — had put the MAX back into their expected schedules in June, just the latest change after repeated delays while awaiting recertification of the plane by the Federal Aviation Administration.

Now, with Tuesday's announcement by Boeing, those updated schedules are again in question.

Boeing addressed the mounting uncertainty about the MAX's expected return to service.

"This updated estimate is informed by our experience to date with the certification process," Boeing said in a statement. "Returning the MAX safely to service is our number one priority, and we are confident that will happen. We acknowledge and regret the continued difficulties that the grounding of the 737 MAX has presented to our customers, our regulators, our suppliers, and the flying public."

The new guidance about the MAX's return-to-service timeline is the first such update to come under the leadership of David Calhoun, who assumed Boeing's chief executive role last week.

As recently as November, the company's previous leader maintained that the jets would fly again in early 2020. Though the Federal Aviation Administration has not committed to a specific schedule for recertifying the jet, the regulator did say last month that there was no chance the MAX would fly again in 2019.

In response to Boeing's statement Tuesday, the regulator issued its own, and is still holding out on defining a timeline for when the MAX might return to the skies.

"The agency is following a thorough, deliberate process to verify that all proposed modifications to the Boeing 737 MAX meet the highest certification standards," the FAA statement said. "We continue to work with other safety regulators to review Boeing’s work as the company conducts the required safety assessments and addresses all issues that arise during testing."

Related: ‘This is a crucial time for Boeing,’ new CEO says on first day

While airlines have not yet announced any updates to their latest return-to-service schedules for the MAX, further delays seem likely after the latest Boeing update.

"Today’s Boeing announcement essentially trashes the summer flight schedules for 737 MAX customers and, in turn, their passengers," Henry Harteveldt, a travel industry analyst and president of Atmosphere Research said in an email.

Based on Boeing's guidance, he added, U.S. operators now likely won't get their MAXes in the air again until August or September.

But, he said, the timing of the announcement does offer a small silver lining for airlines and passengers.

"It’s better for 737 MAX operators to get this news now, bad as it is, because it gives them time to adjust their flight schedules and either swap aircraft for flights scheduled to use the MAX to another type of plane, or move passengers from flights that were planned to use the MAX to flights using other types of equipment," Harteveldt said. "If this announcement were made in March or April, things would be more chaotic for airlines and summer travelers."

Related: Study: Boeing must be ‘hypertransparent’ to win back trust on 737 MAX