Baseball's lockout is over, so how about a last-minute trip to catch spring training? 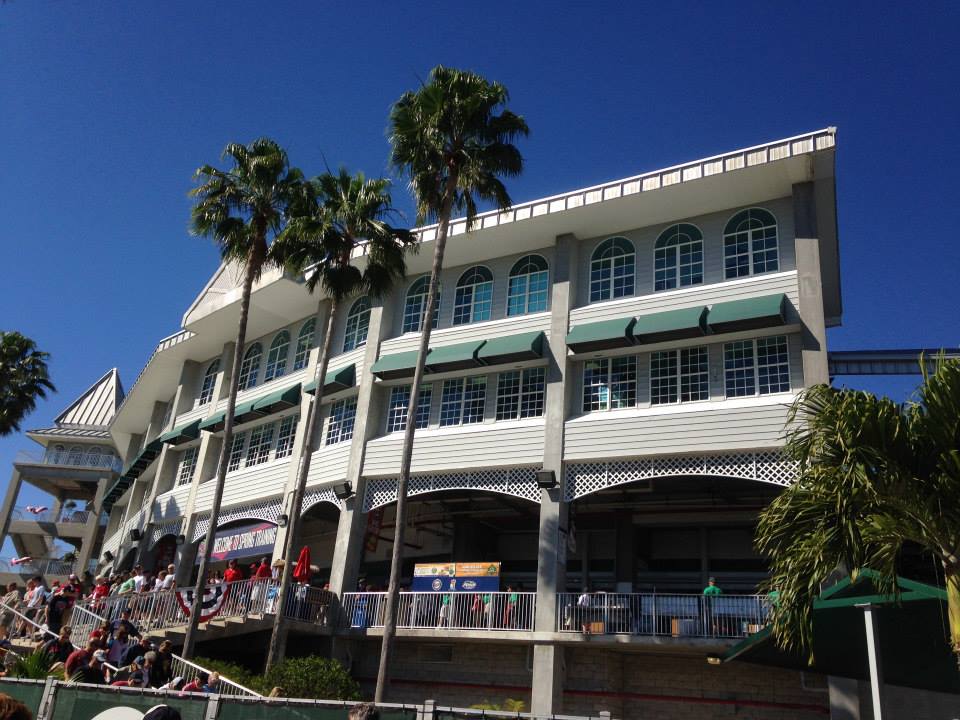 Count me among the thousands of baseball fans across the country who view spring as synonymous with spring training. For players, those five to six weeks in February and March when Major League Baseball teams play exhibition games in Florida and Arizona serve as preparation for the season. For fans, it’s an excuse to head somewhere warm for a few days, catch some sun and watch a little stress-free baseball.

For more than three months though, spring training was seriously in doubt. A lockout stemming from negotiations on a collective bargaining agreement left fans unable to make concrete plans on airfare, hotel reservations and tickets to the games.

Then came Thursday, when the league and players association agreed to a new deal, ended the lockout and announced spring training would begin today. The season is delayed, but it’s happening.

The late agreement begs the question: is there still time to book a trip to watch spring training and not overpay?

Related: How to book spring break trips with points and miles

Upon hearing the news that spring training would move forward this year, I’ll admit, one of the first things I did was go to my computer to check airfare and hotel prices.

One trend I found across multiple spring training destinations was that the delayed schedule may help fans save money on last minute plans. Spring training was scheduled to wrap up in time for the season opener on March 31, but because of the prolonged negotiations, everything got pushed back a week. Booking a trip for those final – previously unscheduled – days of spring training may be one of the best ways to save money.

For Boston Red Sox fans, a hypothetical long weekend from March 23-27 from Boston to see the team in Ft. Myers, Florida, for spring training would cost in $500 to $600 for airfare – with Google Flights showing the best option at $558 on American Airlines from Logan International or 50,000 miles for the trip, which would not be an improvement in value, according to TPG’s March 2022 points and miles valuations.

The good news is that the price drops significantly the following week. According to Google flights, $174 gets you a round-trip flight from Boston to Ft. Myers for a long weekend between April 1-4, but with one caveat: the departure is on Spirit Airlines, with the return on JetBlue. Just be sure to check the fees associated with your reservation on Spirit Airlines so there are no surprises.

Related: How to fly without fees on Spirit Airlines

When it comes to fans of the New York Yankees — the Red Sox rival — there are some great deals to be found leaving from New York to visit the team’s spring training home in Tampa. I found a round trip departing from LaGuardia (LGA) on Spirit Airlines for as low as $105 for a long weekend starting on March 30. The deal gets better if you travel a few days later: $86 for the long weekend round trip.

Many of the Midwest and West Coast teams play in Arizona’s “Cactus League” during spring training, all within driving distance of Phoenix. Los Angeles Dodgers or Angels fans looking to make the trip have some bargain airfare options — including a round trip out of Hollywood Burbank Airport leaving March 24 for $134 with a combination of American and Frontier, or an itinerary departing from Los Angeles International (LAX) on March 30 for $173 on United. (That same itinerary is available for 15,000 MileagePlus miles, which TPG’s valuations show is slightly more expensive than the cash fare).

Chicago Cubs and White Sox fans looking to get to Arizona are going to pay more. Google Flights rates prices out of Chicago’s airports as “high” for those two weekends in late March — with many itineraries ranging between $400 and $600. The price does drop significantly for fans waiting until the first weekend of April to travel, with Spirit showing a round-trip flight for $364 and American Airlines priced around $375 or 23,500 AAdvantage miles, which TPG’s valuations show would be cheaper if you have the miles to spend.

Finding a place to stay

Finding hotels at the right price can be a challenge when booking trips to catch spring training, because the locations for spring training in Florida and Arizona double as popular spring break vacation destinations.

I recall staying at a less-than-luxurious motel several years ago when traveling to Red Sox camp in Ft. Myers because of the scarcity of affordable accommodations.

For Red Sox (and Minnesota Twins) fans traveling to the Ft. Myers area, I found many options in the $300 to $400 range with Marriott Bonvoy and Hilton. The best deal I found when booking on points included 120,000 points for five nights at a few Marriott properties (including one free night when you book four using rewards). IHG properties in the area generally run $200 to $300 per night.

Like the airfare, the prices drop noticeably for fans who can wait until the first weekend of April to visit.

For fans hoping to catch Catcus League baseball in Arizona while staying in Phoenix, one of the better options we found for March 23-27 was $231 per night at the AC Hotel in downtown Phoenix, which comes to $1,043 total for the four-night stay. The same four-night stay costs 120,000 points for the stay, which is a bit cheaper than the cash value, but if you book on points, Marriott Bonvoy gives you the customary fifth night free, which is a much better deal.

Cubs fans traveling to the team’s facility in Mesa that same weekend might be inclined to stay at the Courtyard by Marriott at Wrigleyville, right near the park. We found nightly rates just under $300. If you have the points, though, your better bet might be to drive four miles to a nearby Courtyard in Mesa where you can book a four-night stay for a total of $1,283 for the stay — or use 80,000 points (worth $640, according to TPG’s valuations) for a huge savings, and you can tack on a fifth night free.

Costs can certainly add up for baseball fans who want to enjoy the sun and some preseason games. The unusual circumstances this year left fans with little opportunity to make plans months in advance.

Depending on where fans are traveling from, what team they’re hoping to see and what hotel brands and airlines they’re willing to work with, there are affordable options to make last minute plans, especially for those willing to wait for the bonus early April days of this year’s spring training.

Featured image by Photo by Sean Cudahy, TPG/2014
Editorial disclaimer: Opinions expressed here are the author’s alone, not those of any bank, credit card issuer, airline or hotel chain, and have not been reviewed, approved or otherwise endorsed by any of these entities.