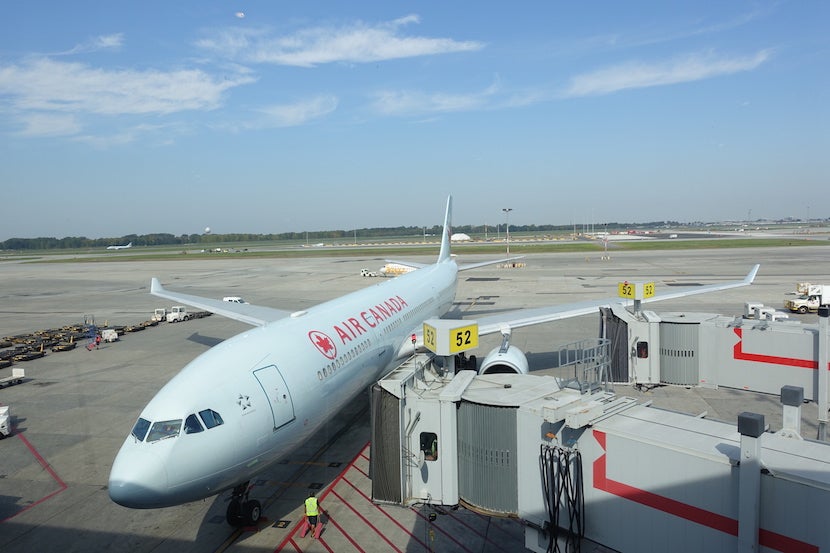 Barclays Arrival Premier Adds Aeroplan as a Transfer Partner
This post contains references to products from one or more of our advertisers. We may receive compensation when you click on links to those products. Terms apply to the offers listed on this page. For an explanation of our Advertising Policy, visit this page.

Barclays has just added an airline partner to the list of nine transfer partners that the new Barclays Arrival Premier World Elite Mastercard debuted with less than three months ago. But just as with the initial list, the transfer ratio you'll get with the new partner is probably not enough to sway would-be applicants.

Along with its launch partners, the Arrival Premier now allows transfers to Air Canada's Aeroplan. Most of the partner programs transfer from Arrival miles to airline miles at a 1.4:1 ratio, except Japan Airlines — and now Air Canada — which are worse, at 1.7:1.

The addition of a new partner matches the issuer's pledge to expand the program over time, but given the value to date this list provides, it also appears to solidify what Barclays execs initially claimed: Transfers are "not one of the core card benefits." (Senior Points and Miles Contributor Richard Kerr, in his initial review, wrote that Etihad is the only transfer partner he'd be inclined to use with this card — and even that was a lukewarm endorsement.) In addition to JAL and Air Canada, the frequent flyer program partners include:

Rather than transferring miles, Barclays sees most cardholders redeeming rewards for travel they have already purchased. The Arrival Premier pays 2 miles for every dollar you spend on all purchases. You can redeem miles for 1 cent each as statement credits against travel purchases like airfare, hotel and car rentals.

Though there is no welcome bonus, cardholders can earn continuous annual spending bonuses:

Meet the top spending threshold, and the Arrival Premier turns into a 3x earning card when redeemed for statement credits — but significantly less when transferred to airline partners. The transfer ratios reduce the redemption value to 2.14 miles per dollar on eight transfer partners and 1.76 miles per dollar on JAL and Air Canada if you spend $25,000 annually. Arrival Premier also carries a $150 annual fee (waived for the first year).

Compare that to options like The Blue Business®️ Plus Credit Card from American Express, which also includes Aeroplan on its roster of transfer partners, but at a full 1:1 transfer ratio. The Blue Business Plus earns 2x Membership Rewards points on all spend on the first $50,000 per year; then 1x thereafter and the card has no annual fee to boot (See Rates & Fees). Other Amex Membership Rewards cards come with bonus categories of 2 or even 3 points per dollar, making them potentially better choices for Aeroplan transfers than the Arrival Premier.

Finally, keep in mind that Air Canada is cutting ties with Aeroplan in 2020 and will adopt its own in-house loyalty program.

For rates and fees of the Blue Business Plus Card, please click here.