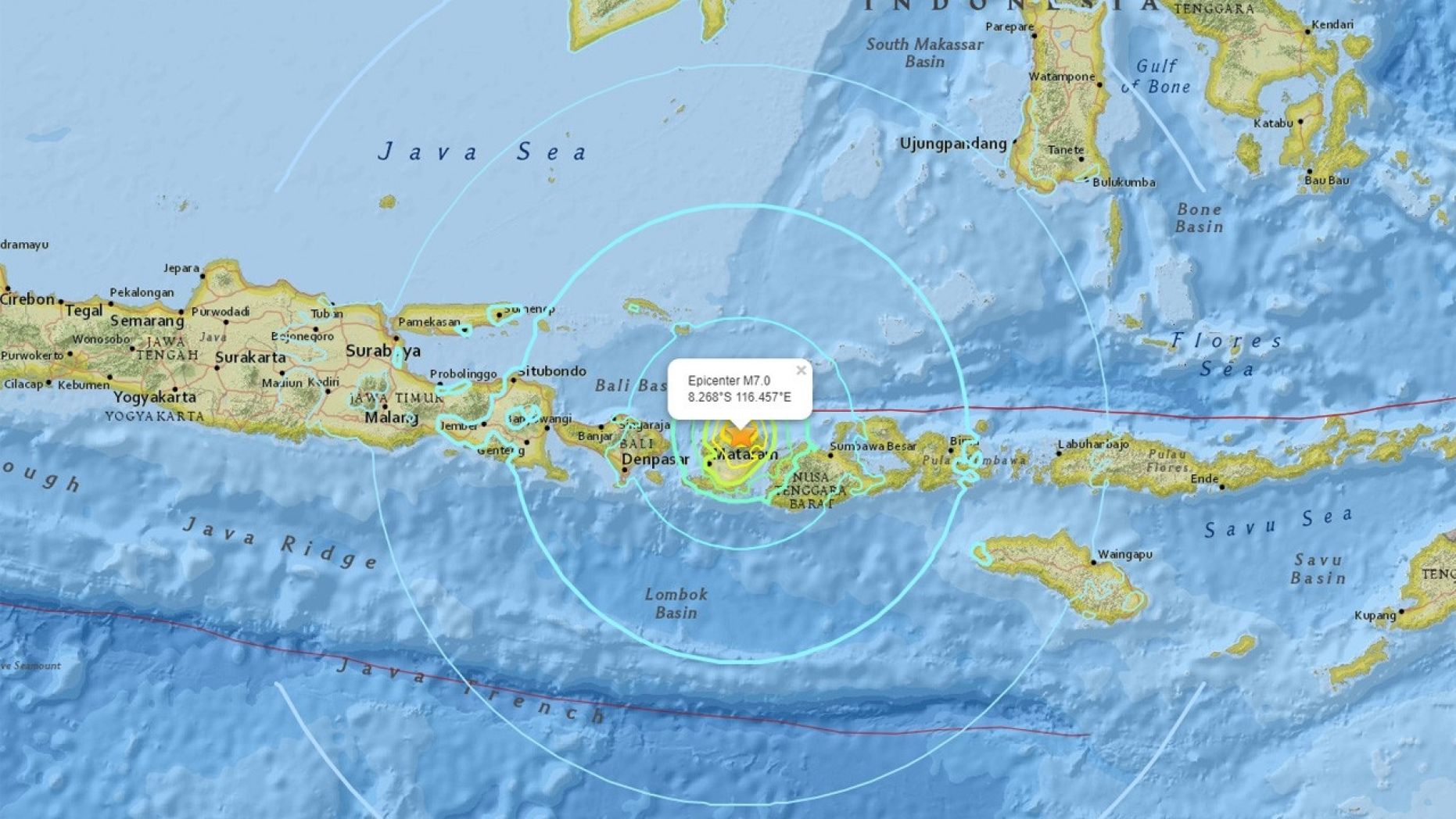 At 7:46am Eastern time Sunday morning, the popular tourist destination of Bali, Indonesia, was rocked by a strong 7.0 magnitude earthquake. Moderate damage has been reported to the area, including the airport.

Videos posted by people in the area show how terrifying the earthquake was to experience:

Video from inside a Bali mall show moments of panic, but shoppers remained calm during the evacuation from the building:

Photos from inside Bali's main airport Ngurah Rai International Airport (DPS) show that the airport sustained at least cosmetic damage from the quake:

Air traffic control history from FlightRadar24 shows that arrivals and departures were held for approximately 20 minutes after the earthquake. Three inbound Airbus A320 aircraft had to hold during this ground stop.

The airport reported on Twitter that inspections were complete of the runway, taxiways, apron and airport building. Operations are currently normal:

US celebrity Chrissy Teigen is in Bali and has been live-tweeting the situation. She reports that the earthquake "felt like a ride":

A tsunami warning was quickly issued by the Indonesian BMKG (the Indonesian Agency for Meteorology, Climatology and Geophysics). Computer models are being uploaded to Twitter to show the estimated height and impact areas of the tsunami:

According to the BMKG, tsunamis due to the quake have been very moderate so far. The following locations have recorded tsunami effects:

This earthquake follows shortly after a 6.4 magnitude earthquake last weekend that caused 14 deaths.

For reference, the devastating 2004 tsunami was caused by an estimated 9.1 to 9.3 magnitude earthquake. Due to the logarithmic nature of earthquake magnitudes, that earthquake was approximately 125 times stronger than today's earthquake.