This Army packing technique could save you money on baggage fees

Articles
Brian Biros spent most of the last 15 years backpacking through 100+ countries. He writes TPG's Points & Miles Backpacker column, so you'll more likely find him in a hostel than a Ritz, if you can find him.
Follow
Nov. 27, 2019
•
7 min read 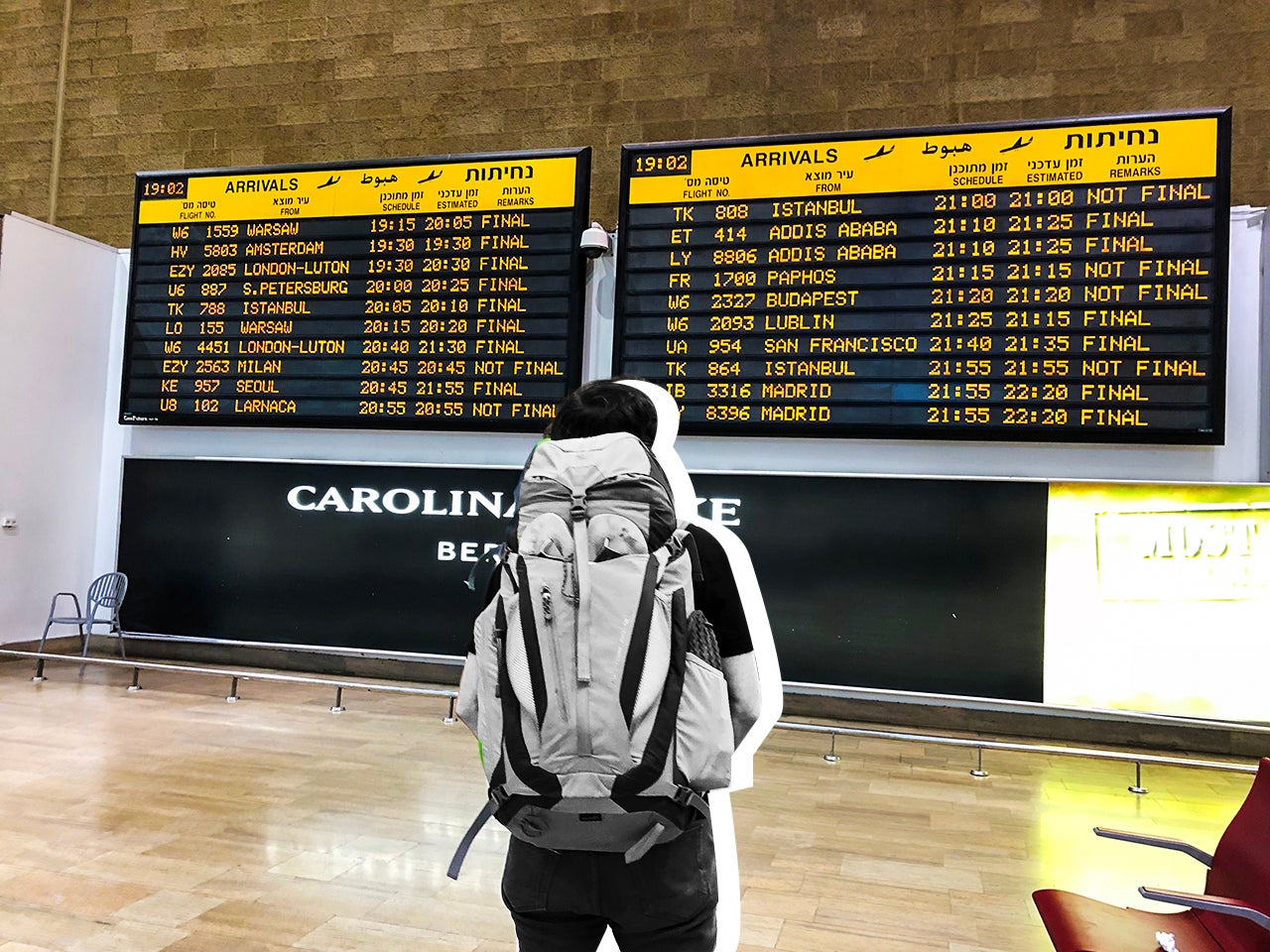 What to pack and what not to pack are always a concern when planning a trip. But how you should pack is just as crucial. You can roll clothes, for example, which allows you to pack more. Or you can fold, which tends to leave your clothes less wrinkled. Then there are stuff sacks, compression bags and packing cubes.

The latter allow you to segment your travel wardrobe, and that's the difference between having six drawers in a dresser or just one. When you need a single article of clothing, you'll only disrupt the other clothes in that specific packing cube. Without cubes, if the shirt you want is at the bottom of your pack or suitcase, you may have to repack everything.

But recently, I discovered a new packing technique altogether. It's called the "Ranger Roll," and it was made (sort of) famous on the YouTube channel of a former U.S. Army member who goes by Armygringo. It's possibly the most efficient packing method out there for individual garments. And with less space taken up by clothing, you may need fewer bags, which could definitely help you avoid checked baggage fees.

The most basic demonstration of the Ranger Roll is on a T-shirt. The method is explained in detail in the following YouTube video. I suggest you watch it and practice a few times to get the hang of it.

I took pictures of the Ranger Roll method as I packed for a trip home from Kazakhstan. Here are the four basic steps:

1. Lay the T-shirt flat, and flip the bottom up two or three inches inside out, smoothing it over the shirt as shown below.

2. Fold one-third of the shirt over, then fold that sleeve back onto itself.

3. Fold the remaining third over the middle as well and rotate the T-shirt around so the collar faces you.

4. Starting from the collar, roll the shirt as tight as you can until you reach the edge of the flipped portion. Then, pull the flipped edge from the opposite side tightly over the entire shirt. The result is a secure roll that won't come undone until you pull it open.

To demonstrate the efficiency of the Ranger Roll with the dramatic effect of a 1980s infomercial, I piled all of my clothes into a messy heap.

The Ranger Roll is different for every type of clothing, but the overall concept is the same: Create a pocket at one end, then roll the article of clothing into itself. I did this with all of my clothes, and the pile became compact and manageable.

I then packed these clothes tightly into packing cubes, which fit into my backpack with room to spare.

Rolling other types of clothing

While the YouTube channel almost exclusively demonstrates Army apparel, each of these methods can be used on similar types of clothes:

Ranger Roll ACU top: For button-downs or jackets without a hood.

Ranger Roll long sleeve T-shirt: For sweatshirts or any long-sleeved tops without buttons or a collar.

Ranger Roll hoodie: For any jacket or sweatshirt with a hood.

Ranger Roll ACU pants: For any type of pants, ranging from dress slacks to activewear.

Ranger Roll jeans: Same method as above, but demonstrated on jeans.

Ranger Roll PT shorts: For all types of shorts or swim trunks.

Ranger Roll socks: For all types of socks.

Ranger Roll underwear: For briefs, boxers and everything in between.

Ranger Roll towel: For any square or rectangular cloth such as a towel or sarong.

If you know you'll be using a certain combination of clothes or distinct outfits, it's also possible to combine clothes into one single Ranger Roll.

Since I've started Ranger Rolling my clothes, there have been at least two occasions when I definitely would have had to pay excess baggage fees if I didn't use this technique. Along the way, I discovered a few tips of my own:

1. Roll on a hard surface like tile, hardwood floors or a table. If you're on the ground, use padding for your knees.

2. Button up all buttons and zip up any zippers. The more secure the clothing is, the better the roll.

3. Smooth out the clothing as flat as possible beforehand and stop to smooth again if needed while rolling. This includes interior linings and pockets. This will make the final tuck easier, and the rolled clothing will stay more secure.

Pros and cons of the Ranger Roll

While the Ranger Roll is my go-to for packing now, it's not something that should be used 100% of the time.

1. It's the most compact way to pack clothes. I think it even beats compression bags.

2. The Ranger Roll does not come undone unless you individually unroll the article of clothing. With folded or loosely rolled clothes, taking out one or two items can mess up your entire bag.

3. When done correctly, your clothes should not wrinkle. I haven't gotten that good yet, however, so my clothes end up more wrinkled than if I fold them. (But the result is still much better than a general roll or compression bag.)

1. It takes some time to roll each article of clothing individually, especially in the beginning when you are first learning the technique.

2. The tutorials don't demonstrate rolling every type of clothing, so there's no specific guide to rolling a dress or skirt.

Ranger roll in the military

I wanted to find out more about the use of this method in the military, so I tried (unsuccessfully) to reach Armygringo. In the videos, you only ever hear his voice and see his hands. His face is also covered in his profile picture, and his anonymity seems intentional. Additionally, his channel hasn't been updated in three years, and an email to the address listed on his PayPal donation page went unanswered.

Instead, I reached out to friends and family members in various branches of the U.S. military.

My cousin Martin is a retired Army Ranger, and he confirmed the technique is widely used in the Army, although he doesn't recall it having a name. He said the best part about this technique is that, when done correctly, the clothes don't wrinkle, which was crucial when traveling with the Army Service Uniform (ASU).

My friend Morgan, a former staff sergeant in the U.S. Marine Corps, preferred the method used in the Marines. The so-called "Skivvy Roll" also securely wraps a set of clothing into itself.

Another friend, Conor, who served eight years as a naval officer, was familiar with the Ranger Roll from his one year in Iraq with the Army. He said he and friends in other branches of the military are familiar with the technique.

All images courtesy of author unless otherwise noted.