Anthony Bourdain Inspired Us to Travel, Now Let Him Inspire Us to Be the Light

Today’s shocking news about Anthony Bourdain is a devastating loss to the travel community and well beyond. He inspired us to travel, to push boundaries, to tell stories, and to explore in an authentic way. In death, maybe he can inspire us in a different way…

This morning I fired up my phone while it was still dark to catch up on what happened in the few hours since we went to sleep last night. I expected the usual barrage of cute photos of friends on Facebook, fun messages on Instagram, witty or perhaps controversial tweets from people I follow on Twitter, and a round-up of early morning headlines. I didn’t expect one of those headlines to be “Anthony Bourdain, Travel Host and Author, is Dead at 61”. I’d bet almost none of us did.

It is not an exaggeration to say that the air immediately left my lungs as I read that headline and the sentences following that informed he took his own life.

Most of us in the travel world don’t truly know Anthony, but we ‘knew’ Anthony. We may not tell stories nearly as well as he could, but we can relate to his innate passion for adventure, for connecting with people and places, for not being afraid of the unknown just because it is different, and for wanting to encourage others to take a step beyond their own comfort zones…because we know how rewarding that step can be. We know that the world is simultaneously small and vast, but that once you cut away at the surface stuff, people are more the same than different. We can hear him saying similar things in his own unique and unfiltered way narrating over an episode of Parts Unknown.

Immediately after I left my full-time social work job to see if I could make travel a full-time job in 2012, I did some work with the Travel Channel in their DC offices. It was a pretty exciting moment to go from the State of Texas office buildings in East Texas to the Travel Channel offices. I distinctly remember that as we reached the elevators to go up, it was Anthony’s larger than life image on the doors that greeted us. He was, and is, the epitome of what it meant to make a career in the travel industry. 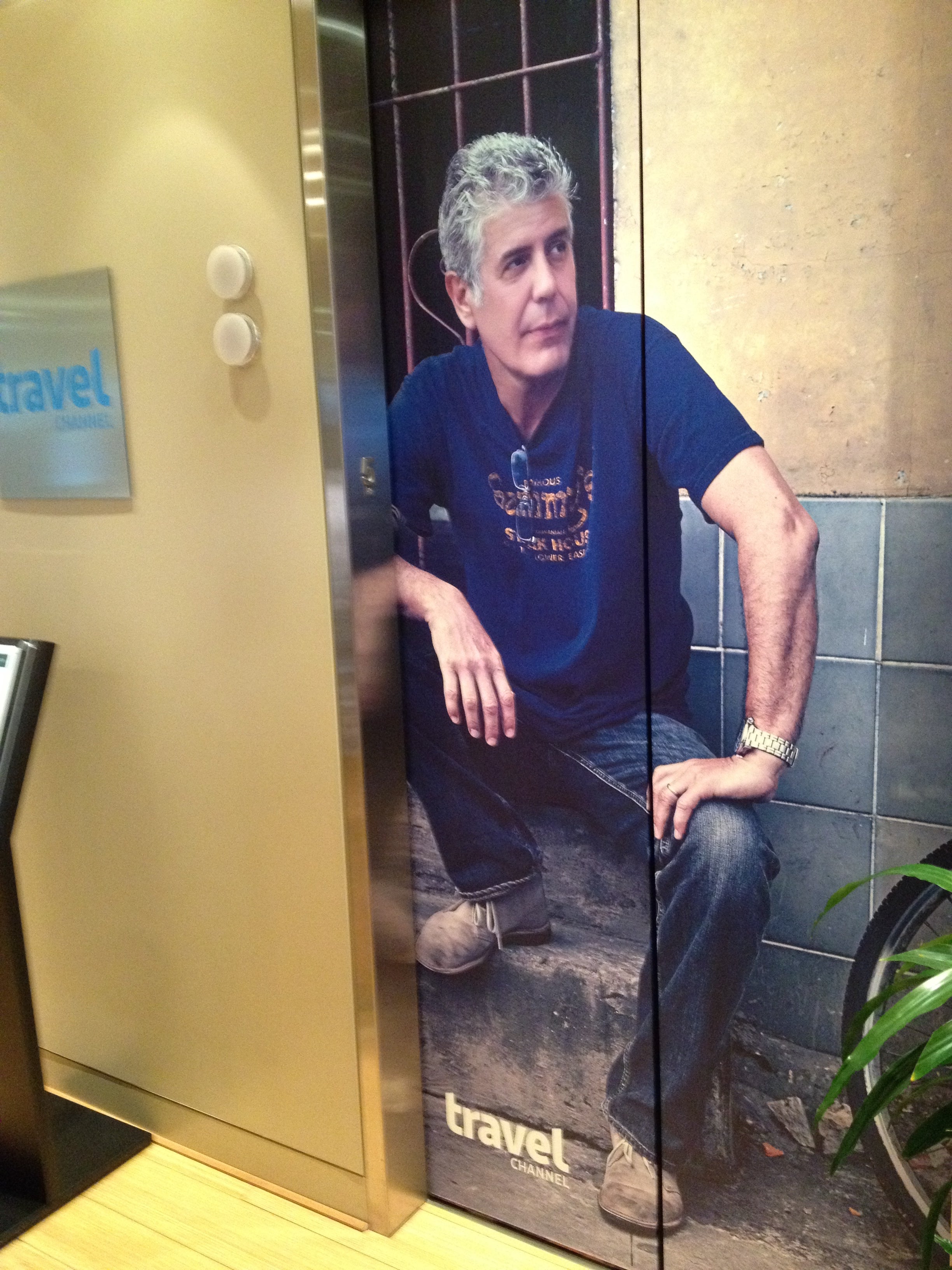 Anthony could travel as much as he wanted, and get paid well for doing so. Over the last few decades, he trail-blazed a career out of eating, exploring, telling stories, and inspiring others to do the same. Four things that he seemed to love and that virtually no one did better than he could. But sometimes that isn’t enough. Or rather, sometimes that doesn’t feel like enough.

In fact, while myself and others in this industry encourage travel, sometimes lots of travel, travel can be used as a dangerous escape that can take you further into the darkness. Travel can often be beautiful, fulfilling, and enriching, but depending on what else is going on in your life, it can also exacerbate feelings of loneliness and isolation. Travel can be the conduit for drinking, using, extreme exhaustion, and losing all sense of routine and grounding. It can take you literally and figuratively away from your loved ones and your home, which may begin to not even feel like home if you are up in the air more than you are on the ground.

Days can feel dark, nights can feel darker. Life can feel pointless and people can feel like they are worthless. It is hard to argue with feelings. Suicide can feel simultaneously like the best personal decision to escape the pain and also the perceived burden you are to others. But, it isn’t those things. It is snuffing out the chance for things to get better. That moment of darkness can pass if you allow it the chance.

At one of my lowest personal moments, the evening after my first daughter was life-flighted away from us at four days old, we sat bleary-eyed, disoriented, heartbroken, and scared at an all-you-can-eat Golden Corral restaurant in Central Texas a mile from the NICU where she lay attached to monitors and machines. I am fairly certain I ate nothing at that all-you-can-eat circus of horrors, but it didn’t matter where we were, because I was numb and lost. As we sat at that table operating in slow-motion surrounded by people going about lives, we were in a dark reality. While we were there, my dad said that tomorrow will be a better day. Now, he didn’t know that to be true beyond a shadow of a doubt because we did not know what was wrong with our baby. Tomorrow might have been even worse, and brought a darkness we couldn’t fathom.

In this case, he was right and tomorrow was thankfully better, but the point is that I’ve grown to interpret that saying to mean that we need to give tomorrow a chance to be better. The light may realistically take more than one night to appear, but if you hang in there through the darkness, dawn will eventually come in some form. It may be just a sliver of light and hope at first, but it will come if you let it.

That said, you might need help to get through those darkest moments, and that help is out there. That help wants to be the guiding light when you need it. Mental health treatment and treatment for addictions are no different than getting chemotherapy for cancer or casts for broken bones. They aren’t exact sciences, and they aren’t always pleasant, but they are available and can make the difference in seeing the next morning and staying forever in the dark.

Don’t be afraid to be someone else’s light. Sometimes those in the pitch blackness of their own minds can’t always find the way out on their own. They may need you to walk those hardest moments with them. Keep checking in, keep texting, keep calling, keep inviting, keep trying when they can’t. Don’t risk your own safety and know you can’t save the world, but do your best to be a light in what can feel like a sea of dark.

Anthony Bourdain inspired many of us to travel, to push our own boundaries, and to share our travel stories with others. Let him now inspire and remind us to be each other’s light through the dark.

The National Suicide Prevention Lifeline is available 24/7 1-800-273-8255, as is the online Suicide Prevention chat and Crisis Text Line that can be reached by texting 741741, for those who like to communicate with written words more than spoken ones.

Summer Hull aka Mommy Points, ran the Mommy Points site for families who want to travel more for less using miles and points for seven years and now heads up TPG Family when she isn't exploring the world with her own two girls.
You might like
New all-inclusive Hyatt Ziva Riviera Cancun coming in 2021
News
4h ago
Most of the world’s countries will be added to State Department’s ‘do not travel’ advisory
News
5h ago
In-flight service is resuming — here’s what food and drinks you can expect on your next flight
News
6h ago
Chase Sapphire Preferred® Card