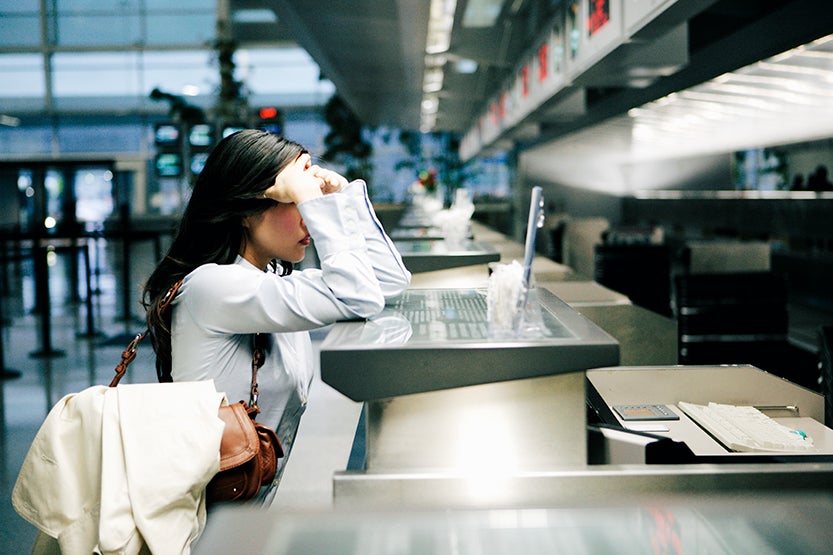 American Airlines Is Preventing Elites From Using Their Benefits on Partner Award Flights
This post contains references to products from one or more of our advertisers. We may receive compensation when you click on links to those products. Terms apply to the offers listed on this page. For an explanation of our Advertising Policy, visit this page.

Hopefully you've received up to 90,000 Iberia Avios through the recent promotion, and are looking for the best ways to use them. However, if you're an American Airlines AAdvantage elite, there's another aspect to keep in mind when redeeming your Avios: you probably won't get your hard-earned Oneworld elite benefits on Iberia award bookings.

For AAdvantage elites flying American Airlines flights on Iberia awards, this means that you won't get first class upgrades, Main Cabin Extra or even "Preferred" seats for free. You won't get your elite luggage allowance to check bags and you won't even get priority boarding so you can get overhead bin space.

This isn't a new change to the terms & conditions either. According to the Internet Archive, this identical text has been in the AAdvantage terms and conditions since at least April 23, 2017. But this restriction might come as a surprise to travelers who have redeemed partner awards — such as British Airways Avios — for domestic American Airlines awards.

Until recently, it was usually as easy as calling your elite service desk to ask them to change the frequent flyer number. But over the last few months, that's been a lot harder to get accomplished. When passengers have complained about this online, American Airlines' social media team has shot back that it is "against AAdvantage terms and conditions to have your AAdvantage number on an award booking that is booked with another airlines' miles."

And when you hear that AAdvantage has fined a member 500,000 miles for violating other program terms, this statement from AA's social media team becomes a bit more serious.

After a nearly two month wait where you couldn't find American Airlines awards on the British Airways website, it seems that the two allied airlines have been actively working on their IT systems, as AA award space returned to ba.com on Wednesday night. But it also appears that the carriers have coordinated on blocking elite benefits. I saw this firsthand over the past few days when flying a British Airways Avios award ticket on Iberia.

After booking the award, I logged into my British Airways reservation to try to enter my AAdvantage number. I received an error that "all flights have already been flown," despite the departure date clearly being in the future. When I checked in online, I was prompted to enter a frequent flyer number, so I tried again. This time I received a message that the number was added successfully, but the next page showed no frequent flyer number and again gave me the chance to enter one. A few more failed "successes" later, it was clear that I was going to be unable to add it.

I figured I would just add it at the airport. At the priority check-in counter, I showed my physical AAdvantage Oneworld Emerald card and asked the agent if she could add it to my reservation. She tried to enter it multiple times, saying that she was confused about the error she was receiving. Thankfully my ticket had a 23 kg (51 lbs) baggage allowance, so I didn't get charged for a bag because of this. However, I wasn't able to benefit from priority security, priority boarding, priority baggage or lounge benefits for this international flight.

Why American Airlines seems to be spending so much time trying to punish its elites for using partner miles seems suspicious. Perhaps this is a precursor to AAdvantage devaluing its mileage program — forcing AA elites into having to use devalued AA miles to enjoy the benefits they earned. Or maybe American Airlines is just cracking down on what it saw as a loophole.