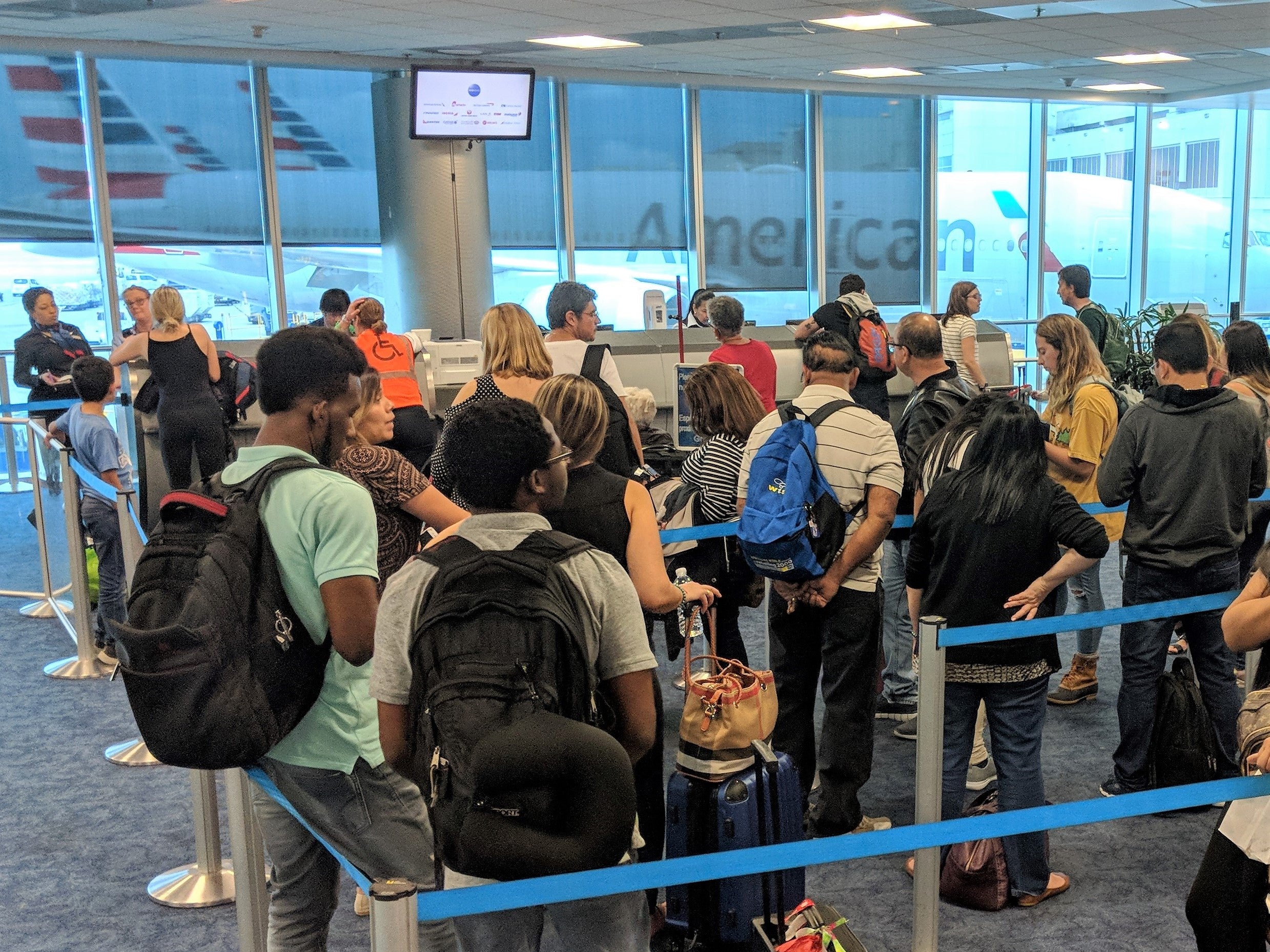 American Airlines Flight Cancellations Triple, Judge Orders Mechanics to Stop 'Interference'
This post contains references to products from one or more of our advertisers. We may receive compensation when you click on links to those products. Terms apply to the offers listed on this page. For an explanation of our Advertising Policy, visit this page.

American Airlines just scored a big victory in its ongoing labor dispute with its mechanics. At 5 p.m. CT on Friday, a judge issued a temporary restraining order against AA mechanics and its unions to refrain from "any form of interference with American's airline operations," according to The Dallas Morning News.

In the scathing order, the judge notes that the restraining order is "warranted" because American is likely to succeed on the merits of its claims that the union is violating relevant labor laws.

An American Airlines spokesperson says that the airlines is "pleased with the Court’s decision to grant a temporary restraining order requiring the TWU-IAM Association to comply with its legal obligations and end the illegal slowdown." The airline heralds the "highly-skilled mechanics" who maintain the company's aircraft and says that it looks forward to working with them to "get back to running the most efficient operation" for customers.

This order comes just a few days after the union took out a full-page ad in The Wall Street Journal warning investors that the International Association of Machinists and Aerospace Workers (IAM) and Transport Workers Union (TWU) would "continue to resist AA’s unacceptable demands even if it means a strike action." In an employee town hall meeting, TWU president John Samuelsen threatened the "bloodiest, ugliest battle that the United States labor movement ever saw." The union posted the tape of this interaction on YouTube.

In Friday's ruling, the unions are ordered to take specific steps to prevent a slowdown, from distributing a notice to its members to not engaging in "any concerted refusal to perform normal operations." This notice must be posted on the unions' websites, social media accounts and nonpublic communication "including any text message distribution lists, or similar systems." The unions are ordered to appear before the court at 10 a.m. CT Tuesday to prove that these orders have been fulfilled.

AA notes that the 722 flight cancellation amount is "almost 70% of the number of total maintenance cancellations it endured during the entire 14-week period" since filing the lawsuit. This indicates that there were at least 1,032 maintenance-related cancellations total during that period — or around 10.5 per day.

That means that maintenance-related cancellations have nearly tripled since American Airlines filed a lawsuit claiming that the mechanics were intentionally slowing down work to delay American’s operations. So, a situation that was already bad seems to have suddenly became much, much worse.

In the ruling, the judge found that "large numbers of the traveling public are likely to be deprived of transportation services, causing serious and substantial damage to the public interest" if the temporary restraining order wasn't issued.

As the order "merely requires the Union to satisfy its existing legal obligations," the judge states that the injury to the union from such an order would "be inconsequential when compared with the loss and hardship that American, its customers, and the public will suffer" without the order.