20 years later, America gathers to honor those killed on 9/11

Articles
Clint Henderson is the managing editor for news at TPG. He worked in TV news for 20 years, including stints at ABC, MSNBC and Fox, before landing his dream job. Send tips to Clint.Henderson@thepointsguy.com.
Follow
Sept. 11, 2021
•
10 min read 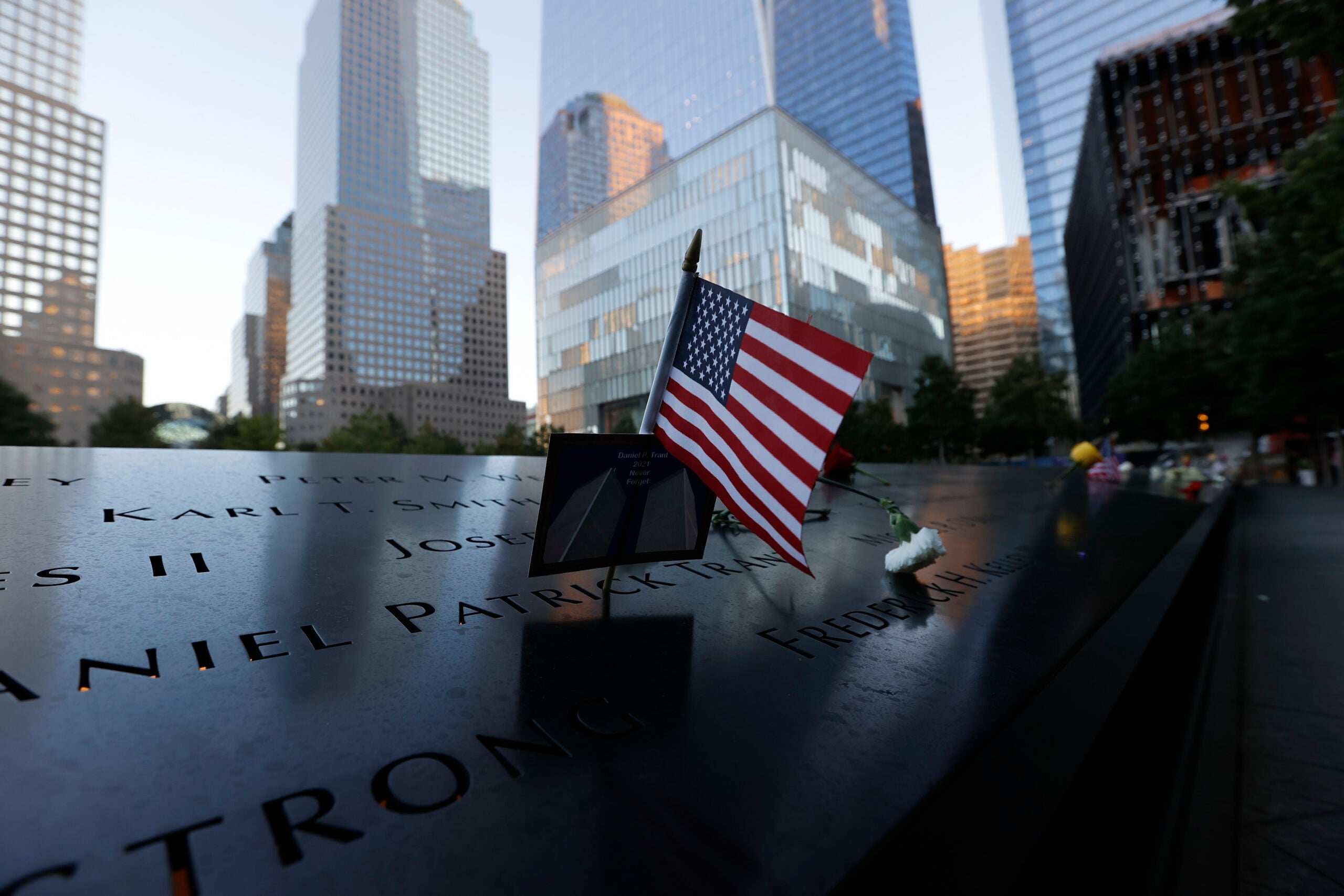 20 years later, America gathers to honor those killed on 9/11

Twenty years ago today the world changed forever when Al Qaeda terrorists struck New York, near Shanksville, Pennsylvania, and Washington D.C. using airplanes as weapons. The U.S. airline industry, and the country as a whole, has never been the same.

Today, ceremonies and remembrances were held across the country as families, friends and leaders gathered to mark that terrible day.

There were six moments of silence this morning in New York at Ground Zero. Each moment of silence marked a different moment 20 years ago when each of the World Trade Center towers were hit by planes, the moment a plane crashed into the Pentagon, the moment another plane crashed near Shanksville, Pennsylvania, and finally the two moments when each of the Twin Towers fell in downtown Manhattan.

In a video statement to honor the fallen, President Biden said to the survivors and family and friends of those who were killed, "...America and the world commemorate you and your loved ones."

There were also tributes to the fallen at the Pentagon beginning this morning when roses were placed on the memorial to those killed at the military complex in Arlington, Virginia.

Secretary of Defense Lloyd Austin spoke at the Pentagon 9/11 observance ceremony, and said, "...as the years march on, we must ensure that all our fellow Americans know and understand what happened here on 9/11, and in Manhattan, and in Shanksville, Pennsylvania.”

Vice President Kamala Harris was in Shanksville with her husband Doug Emhoff to honor those killed in Pennsylvania that day. Former President George W. Bush and former First Lady Laura Bush were also there to honor those killed. United Airlines Flight 93 crashed in a field in Somerset County as passengers were trying to take back control of the plane from terrorists intent on striking another target in Washington, D.C.

Former President Bush spoke at the ceremony, and said, “On America's day of trial and grief, I saw millions of people instinctively grab for a neighbor's hand and rally to the cause of one another. That is the America I know.”

The site is now a National Park and a place of pilgrimage for those touched by the losses of 9/11.