Flying on Friday or Sunday? You may want to get to the airport earlier 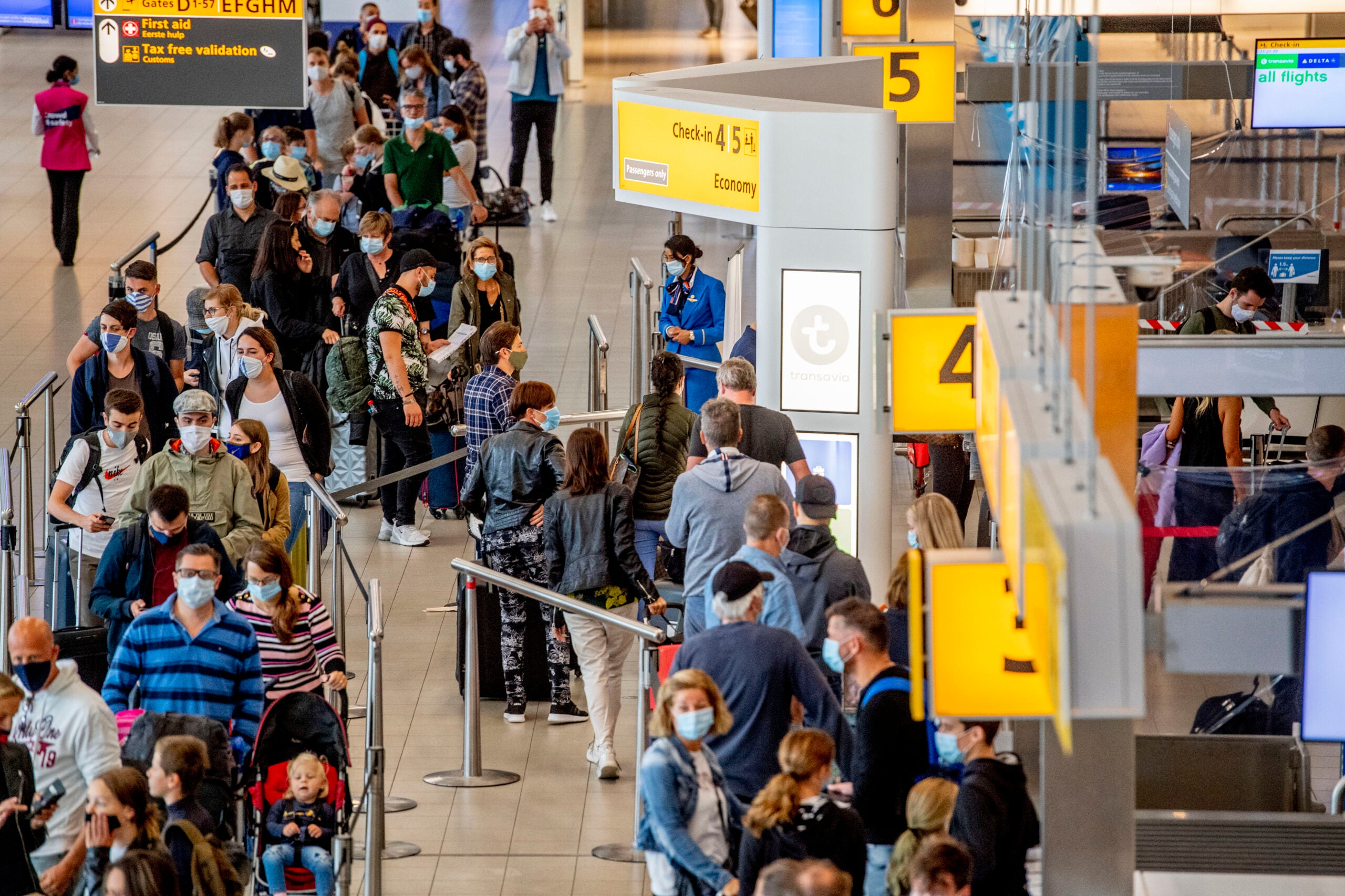 As U.S. COVID-19 case numbers in March fell to a fraction of those seen at the height of the omicron surge, airports across the country have seen some of their busiest days of the pandemic. As airports have filled back up again, though, there’s been a shift in who's traveling. That has prompted big changes in which airports are seeing record numbers, and when those crowds are showing up.

It's something you might want to consider as you plan your next trip to the airport.

For more news delivered each morning to your inbox, sign up for TPG’s daily newsletter.

The numbers are up (from the last 2 years at least)

TPG reported earlier this month that March saw the Transportation Security Administration’s busiest day during the pandemic, if you don’t count the Wednesday before and Sunday after Thanksgiving 2021. On top of that, throughout the month, higher passenger volume has demonstrated signs of a significant rebound in travel.

For perspective, here’s a comparison of how many passengers the TSA screened at U.S. checkpoints this March, last March and March 2019 (prior to the pandemic).

What these numbers show is that travel has risen significantly compared to this time last year, but still trails 2019 levels. That is, in some places. There are some airports setting all-time records.

March means spring break vacations for many families across the country, and the data suggests that’s exactly what's happening.

Mark Howell, TSA spokesperson for the southeast U.S., told TPG that while nationwide, passenger traffic is still not at 2019 levels, the agency is seeing “pockets of volume” in parts of the country. At the moment, these pockets are especially heavy at popular spring vacation destinations.

Howell pointed out that Myrtle Beach International Airport (MYR) is seeing 100% year-over-year increases in passenger volume in some cases.

Miami International Airport (MIA) reported its single busiest day ever on March 20, when 167,000 travelers passed through. Over the past month, the airport reports passenger volume is up 17% compared to pre-pandemic levels. The record numbers have airport officials calling on passengers to arrive three hours early for domestic flights.

Howell points to low-cost airline options as a driving force behind some of this volume at certain airports. Allegiant Air, Spirit Airlines, Frontier Airlines and Southwest Airlines account for a significant portion of the flights at Myrtle Beach.

Meanwhile, Airlines for America, an organization that advocates for the largest carriers in the U.S., reported March 26 that while new ticket sales are rising, demand for corporate travel continues to lag behind.

Impact on your trip to the airport

With leisure travel spiking but business travel trailing behind, this has had an impact on what passengers will find at the airport, according to Howell. Namely, which days are busiest seems to have shifted a bit.

“The paradigm used to be, (with) business travelers, Monday mornings were really busy. It has switched over,” Howell said, noting that Fridays and Sundays now tend to be the busiest days of the week as flyers travel for the purposes of weekend getaways.

Nationwide, Howell said TSA checkpoint lines haven't been too long. However, he did point to occasions where a surge in passengers can lead to some delays. One thing he noted has caused more delays of late -- as passenger traffic has trended more toward leisure travelers who might be less experienced flying -- is bags being checked and rescreened because of prohibited items, notably liquids.

Related: 10 ways to get through security faster

“The sunscreen,” he said, lamenting a common item caught at checkpoints that must then be discarded.

“When we find them we have to pull the bag, remove the item and rescreen it,” he told TPG. “As you can imagine, in a busy part of the day, that can slow things down considerably.”

He encourages travelers to do a thorough review of the TSA’s rules for prohibited items before heading to the airport.

Howell explained that the TSA does what it can to prepare for an influx of traffic in areas that might not normally see that level of volume. Certainly, popular spring break destinations would fall in this category. He also pointed to the impact an event like the upcoming Masters Tournament in Augusta, Georgia, has on the regional airport there.

Working with the airlines to hear where travel is likely to surge in a particular area, Howell said the TSA will shift staffing with the help of a national deployment force in order to open up additional lanes at checkpoints.

In its weekend report, Airlines for America said there are signs of business travel trending upward: Corporate travel has steadily risen over the last six weeks, the organization reported.

For the time being, though, there’s a good chance your fellow passengers at the airport are headed somewhere for fun. That means, as you plan how much time to give yourself at the airport before departure, you may want to give special consideration to the crowds on Fridays and Sundays.

Featured image by SOPA Images/LightRocket via Gett
Editorial disclaimer: Opinions expressed here are the author’s alone, not those of any bank, credit card issuer, airline or hotel chain, and have not been reviewed, approved or otherwise endorsed by any of these entities.