Airplane Math: What Pilots Need to Know for Takeoff 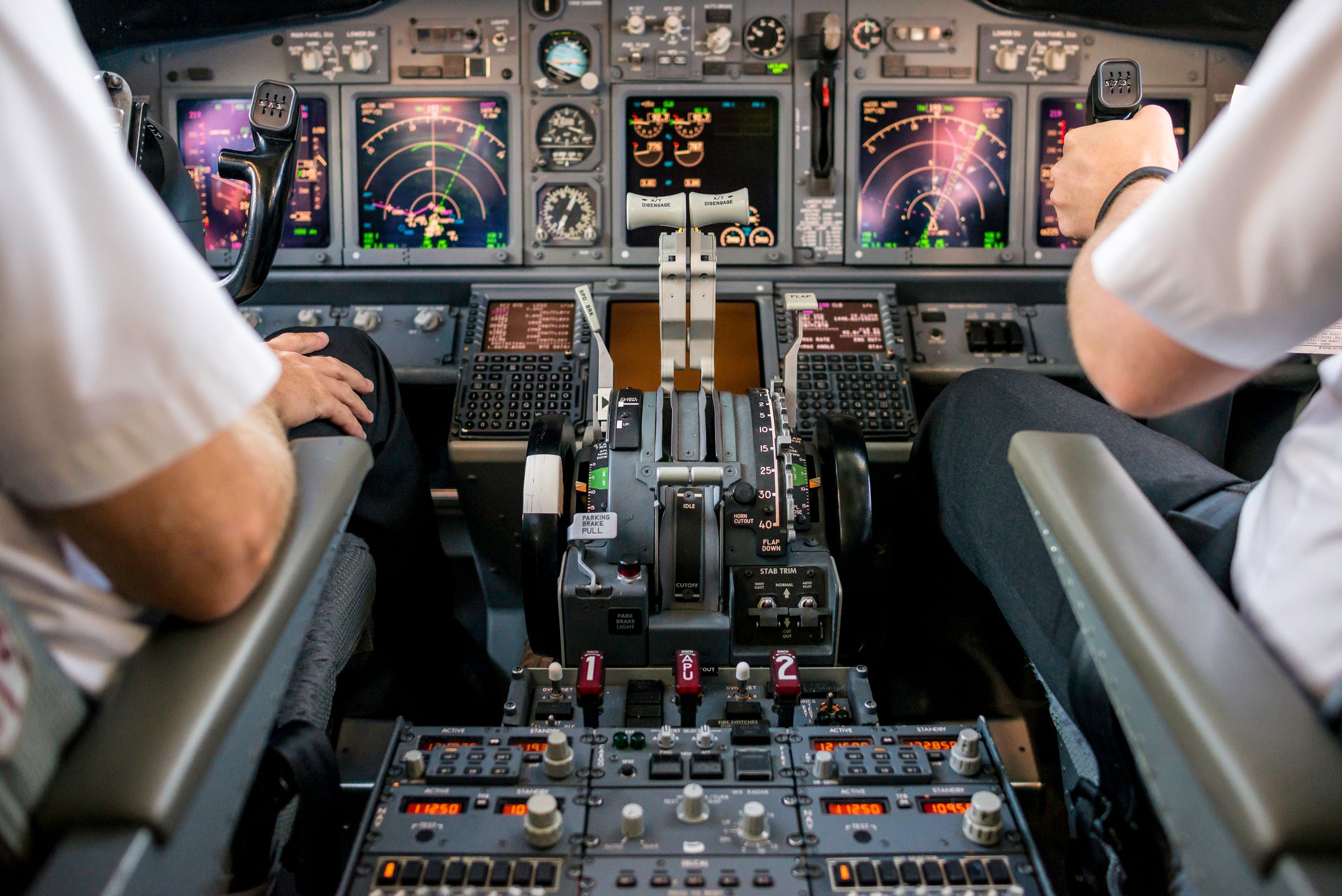 Airplane Math: What Pilots Need to Know for Takeoff
This post contains references to products from one or more of our advertisers. We may receive compensation when you click on links to those products. Terms apply to the offers listed on this page. For an explanation of our Advertising Policy, visit this page.

Before a plane takes to the sky, its pilots need to do some serious math to make sure it can get where it's supposed to go.

These days that number-crunching is handled by a computer. Richard Anderson, director of the Eagle Flight Research Center at Embry-Riddle Aeronautical University, walked me through some of the metrics a pilot needs to know before a flight can depart.

Planes don’t have an unlimited carrying capacity. If they’re too heavy, they simply cannot fly. Based on the weather and other external factors, a plane’s maximum takeoff weight is the first thing those computers calculate. Everything that gets brought aboard is tallied by weight and the total has to remain below the maximum for takeoff.

Planes also usually can’t land fully laden. The landing gear isn’t strong enough to absorb the impact of a totally full plane hitting the runway. And, remember that fuel is a major component toward a plane’s overall weight. That’s why, if an emergency happens early in the flight, pilots often have to dump fuel before they can return to the airport, or circle for a long enough time to burn off enough fuel. (Some planes are equipped with fuel-venting nozzles; others, particularly smaller ones, are not.)

Planes are generally required to have enough fuel to get to their destination, plus sufficient reserves to get to an alternate airport in the event of an emergency (and then 45 more minutes of flying beyond that).

Unlike in your car, where gas is measured in gallons or liters, airplane fuel is calculated in pounds and the total fuel load is usually the first thing counted toward the maximum takeoff weight.

“If you’re looking at a full flight, you would put the minimum fuel on board that you’re legally required to have and then you would take as many people as you can” (and their baggage or cargo) until you get to the maximum takeoff weight, Anderson said.

I’m lumping these together because they have a key commonality: The actual weight of you and your bags doesn’t matter when it comes to these calculations

Unless you’re flying on a tiny “puddle-jumper” plane, airlines use a standard, assumed weight for their passengers and the baggage that comes aboard.

“Unless it’s a small airliner where statistics would not be in their favor, they’re mostly weighing your bags to extract money from you,” Anderson said. “If you have way too many bags over 50 pounds, maybe that would flag something, but in big airliners they just use statistics.”

The Federal Aviation Administration in 2005 outlined the weight standards that airlines should use: 200 pounds for an adult male passenger, 179 pounds for an adult female passenger and 82 pounds for a child between the ages of 2 and 13. Those numbers include an estimated 16 pounds per person of carry-on baggage, and are all revised upwards by five pounds in the winter to account for heavier clothing. For checked baggage, the standard average weight is 30 pounds.

The last component of a plane’s maximum weight is its cargo. Many passenger airlines fly cargo in the hold along with their customers’ bags. And, of course, planes that operate on behalf of couriers like FedEx or UPS fly all sorts of items all over the world.

According to Anderson, cargo, unlike passenger luggage, is usually weighed directly for takeoff calculations, because there’s too much variability in what can be shipped.

Passengers, bags and cargo can’t just be loaded on willy-nilly. If too much weight is concentrated in one part of the aircraft, it can affect the pilot’s ability to control the plane. So, the supercomputers also calculate how everything has to be distributed.

Once the pilots are satisfied that the plane is maximally full but also light enough to still fly, they’re ready to hurtle down the runway.

There are two more things that they need to know, however, in order to get airborne: V1 is the go/no-go speed. It’s the last moment at which a plane has enough room on the runway to reject its takeoff.

“If you are above V1 and you lose an engine and you’re still on the ground, it takes less room to continue to takeoff with the engines that are still good,” Anderson said. So, below V1, a takeoff can be rejected; above it, the flight must lift off.

And Vr, or rotation speed, is when that happens –- it’s the speed at which the front landing gear wheels can come off the ground.

Reader, you now know what it takes to take off, but don't try it unless you have a license.

This story has been edited to clarify the speed at which an airplane's wheels leave the ground is called Vr, not V2.

Our points-obsessed staff uses a plethora of credit cards on a daily basis. If anyone on our team wouldn’t recommend it to a friend or a family member, we wouldn’t recommend it on The Points Guy either. Our opinions are our own, and have not been reviewed, approved, or endorsed by our advertising partners.
See all best card offers
Related stories
News
Turf war: United puts biggest jet on new San Diego flight after Alaska unveils new route
Guide
Got one of the popular credit cards? Here are the others you should get to boost your points
News
Flying United's retrofitted Boeing 767-400 with 'real' Polaris business class
News
How to use your Amex Uber credits for rides and meals