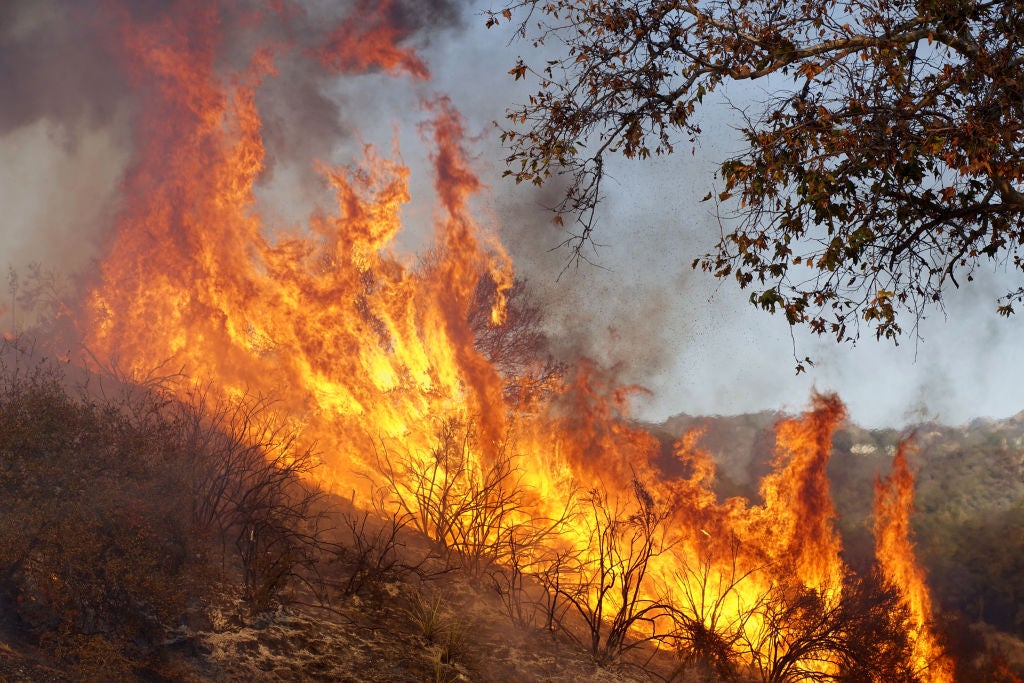 Three simultaneous and powerful wildfires have been ripping through California since Thursday. The combined death toll from the blazes ravaging the state has risen to at least 31, officials said Monday.

In the state's northern region, the so-called "Camp Fire" has destroyed at least 6,700 structures, most of them homes, according to CBS News. That fire, said to be the most destructive in California's history, is based mainly in the town of Paradise. Authorities said 200 people from the town were still unaccounted for. The "Camp Fire" current death toll — 29 perished — matches the state's record for most deaths in a wildfire.

In Southern California, the "Woolsey Fire" and "Hill Fire" have burned through nearly 90,000 acres and have caused the evacuation of more than 250,000 people. At least two people have died in the fires as they rip through houses in Malibu, Calabasas and neighboring cities.

Hotels in Southern California have been closing their doors to travelers while the blazes tear through the region. The Four Season in Westlake Village, Homewood Suites in Agoura Hills, Sheraton Agoura Hills and the Hyatt Regency Westlake have all reportedly shut down.

The fires are also interrupting air travel across the state, as the smoke creates reduced visibility for airlines flying into airports up and down California. Several major US airlines have waived change fees for flights to, from or through several airports in California due to the multiple wildfires. Below is a roundup of the airlines' travel waivers:

The change fee and any difference in fare will be waived for new United flights departing on or before Nov. 18, 2018, as long as travel is rescheduled in the originally ticketed cabin (any fare class) and between the same cities as originally ticketed.​​

The change fee may be waived if you:

Customers may rebook their flights for travel through Sunday, Nov. 18, 2018, online in the ‘Manage Flights’ section of jetblue.com or by calling 1-800-JETBLUE (538-2583) prior to the departure time of their originally scheduled flight. Customers with cancelled flights may also opt for a refund to the original form of payment. Original travel must have been booked on or before Saturday, Nov. 10, 2018.

Customers who are holding reservations on the above-mentioned dates, and want to alter their travel plans may rebook in the original class of service or travel standby (within 14 days of their original date of travel between the original city-pairs and in accordance with our accommodation procedures) without paying any additional charge.