Articles
Katherine Fan is a former senior travel features reporter at The Points Guy who covered everything from personal finance to travel and aviation.
Feb. 04, 2019
•
7 min read 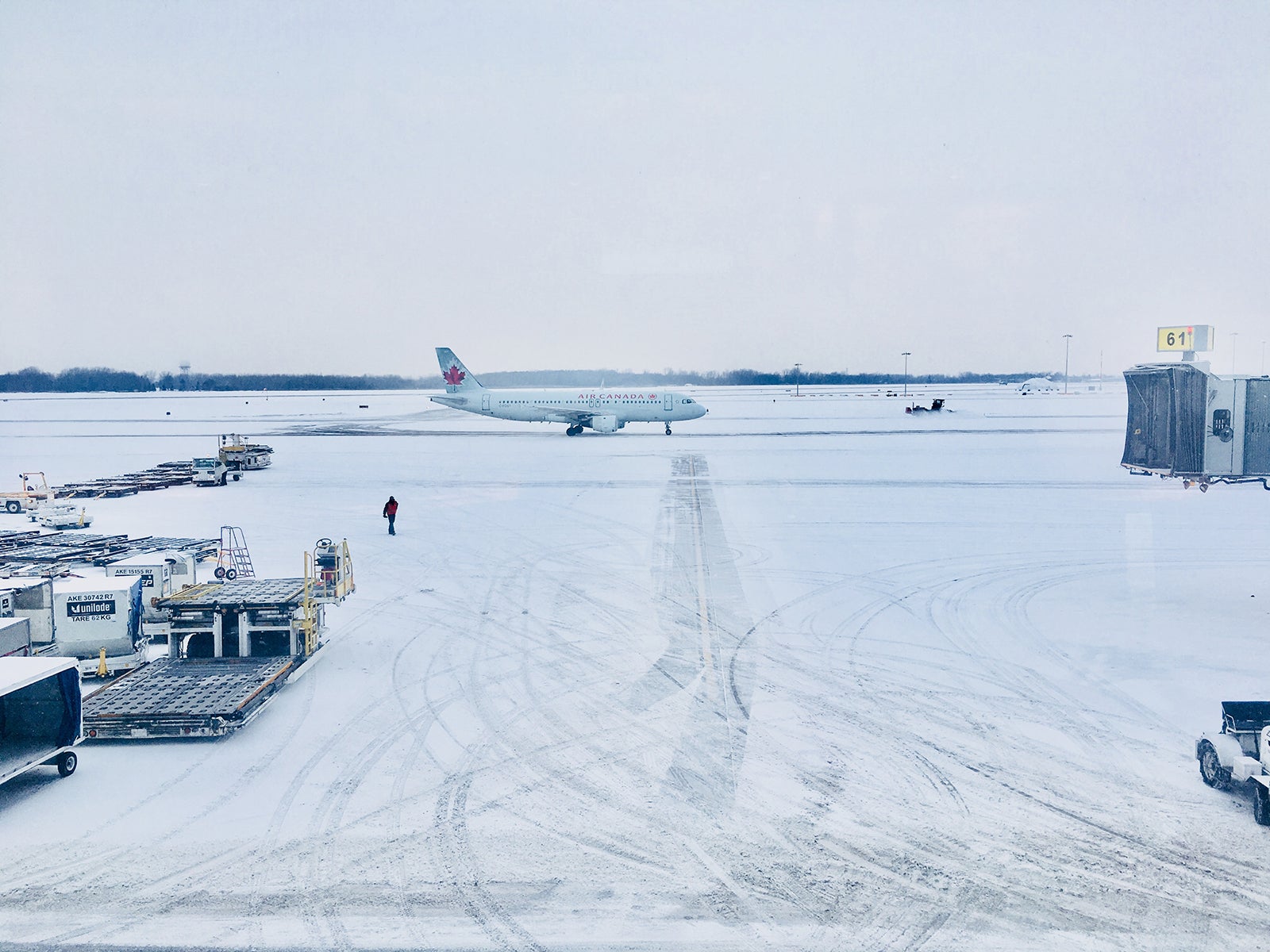 Air Canada Reneges on $800 Voucher After Traveler Volunteers Plane Seat
This post contains references to products from one or more of our advertisers. We may receive compensation when you click on links to those products. Terms apply to the offers listed on this page. For an explanation of our Advertising Policy, visit this page.

A traveler who volunteered his Air Canada seat recently found himself rewarded with a 15% coupon instead of the $800 travel voucher he had been promised.

"It didn't make any sense," said Daniel Tsai, a business lawyer and professor at Humber College in Toronto. "Just bafflement. And, yes, I was angry."

Tsai was scheduled to return home to Toronto on Flight AC 1314 on Jan. 4 after spending the holidays with his family in Vancouver. While checking in at the Vancouver International Airport (YVR), a prompt on his kiosk screen asked if he would consider taking a later flight in exchange for airline compensation.

According to a later statement from Air Canada, the flight was originally intended to be operated by a 300-seat Boeing 777. However, the plane was no longer available due to an operational issue, so the airline substituted a smaller, 251-seat Boeing 787 Dreamliner to operate the flight.

Of course, travelers weren't aware of the aircraft swap, and Tsai said he "didn't really think much of [the volunteer request] until I got to the gate," where the situation "was just pandemonium. There were people sitting on the floor. There were babies crying. It was a miserable experience."

Since Tsai wasn't in a hurry to get home, he went up to the gate agent and volunteered to take a later flight. "I wanted to do something nice and help a family get home that night," he said. "I thought, you know, I should step up and do this."

The gate agent initially offered him $600 in the form of a travel voucher, which Tsai accepted. But six hours later when he boarded his rescheduled flight, Tsai told CBC News that the new gate agent showed him his passenger file on her screen, added a note that he would be compensated with an $800 voucher.

The following day, however, Tsai opened his email to find a 15% discount code toward a future flight, instead of the travel voucher he had been promised.

"As a business professor, I consider that to be a marketing fail," Tsai said, adding that he wrote back to the airline and pointed out that the deal was for an $800 voucher. Instead, Air Canada pushed back by acknowledging Tsai's original offer but claiming instead that he had been "moved to an earlier flight," which negated the offer.

Tsai denied the schedule change and provided copies of his boarding passes to the airline, showing that his rescheduled flight departed more than six hours later than his original flight. In an email response, Air Canada sidestepped the issue but offered Tsai $300 for future travel as a "goodwill gesture."

After the back-and-forth, Tsai put his business and legal expertise to good use. "The odd thing is, I'm a law professor and I had to spend several hours researching this topic myself to find out what I had to do," Tsai said.

After doing his homework, Tsai did three things: He used his Air Canada experience to frame a lesson for his Humber College business students on how corporations handle complaints from public consumers. He also filed a complaint with the Canadian Transportation Agency, asking the agency to hold airlines like Air Canada responsible when they violate passenger rights.

Finally, Tsai reached out to local media outlets to share his story. CBC News's Go Public investigative team reached out to Air Canada to find out why the airline reneged on its deal, but the carrier refused to comment. Instead, Air Canada released a brief statement saying that a last-minute aircraft swap had left the flight overbooked, and that the airline was dealing directly with Tsai to resolve the issue. Air Canada did not respond to subsequent inquiries from Go Public, but emailed Tsai to offer an additional $500 in compensation without explanation for the increase.

Although Tsai now has both $800 in airline vouchers as well as his 15% discount toward future travel, he's still not letting the case rest. Tsai believes an external watchdog organization is needed to ensure that airlines inform passengers about their rights, and let them know where they can file complaints to get justice.

"The flying experience can be a kinder and gentler experience, but we all have to play our part, starting with the airlines," Tsai told TPG. "It's not about the money; it's just the principle now. I just really want to see airlines like Air Canada do a better job of handling their passengers."

Thomas Demetrio, cofounder and partner at Chicago-based law firm Corboy & Demetrio, agrees with Tsai's statement. "A deal is a deal, a promise is a promise," Demetrio told TPG. "You don't need federal regulations or federal laws to state that a contract is a contract. I think that it's foolish that the airline reneged on its pledge to a traveler who was kind enough to give up his seat."

Demetrio told TPG that US consumers who may find themselves in Tsai's shoes should do exactly what he did: go public. "He let [the airline's actions] be known. He embarrassed Air Canada, if you will, to get his resources. They got away with something they'd gotten away with before. That's not right." In worst-case scenarios, Demetrio advises consumers to look into small claims court and demand punitive damages if needed — "including your time spent pursuing the case" — in order to hold airlines responsible.

Unfortunately enough for Air Canada, Tsai, who teaches a business course on addressing consumer complaints, knows exactly how a company should handle mistakes.

"The main principle here is to put the customer first," Tsai told TPG he teaches his students each semester. "As businesses, we should always be focused on the customer experience, and the principle that every interaction with your customer matters. If they experience a negative experience which leads to a complaint, any compensation issued to the customer should be for something more positive than the negative experience. In other words, the good should always outweigh the bad. It's really about going that extra mile to prove to your customer that he or she is important to your business."Tsai also told TPG about another aspect of preserving the customer relationship. "The other important factor for good customer service is respecting the customer. That means sticking to what you promise the customer. Customers are on social media. They are savvy. They talk and interact. You have to have integrity in what you do and always remember how is this customer going to feel after this interaction with your business. Brands are built on a powerful emotional connection founded on every experience a customer has with that brand. Great companies know that."