Aeroflot May Stop Flights, Ending All Russia to US Air Service

Articles
Alberto Riva Alberto runs our flight reviews and oversees special projects across several verticals. Previously, he was the managing editor of Vice News and worked at Bloomberg and CNN, where he was constantly trying to convince people to do more stories about airplanes. He speaks Italian, French and Spanish and one day he’ll be better at German.
Follow
April 20, 2018
•
4 min read 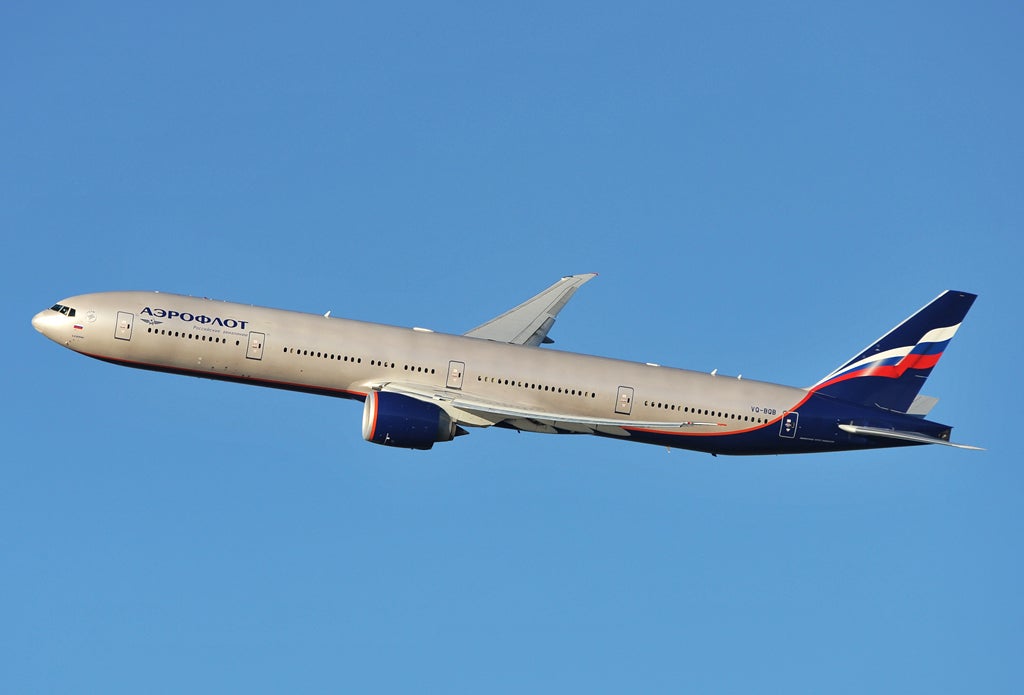 Aeroflot May Stop Flights, Ending All Russia to US Air Service
This post contains references to products from one or more of our advertisers. We may receive compensation when you click on links to those products. Terms apply to the offers listed on this page. For an explanation of our Advertising Policy, visit this page.

Flights between the United States and Russia may cease soon, because the US is taking too long to issue visas for Russian crews. That’s what the Russian Foreign Ministry said in a statement on Thursday, calling the situation “extremely frustrating.”

“The official wait time before a visa interview, which was extended by Washington in August 2017 to 85 days, has been recently stretched to 250 days, that is, eight months now. In other words, there is almost no point in applying for a visa,” the Russian ministry said in the English-language version of the statement on its site.

As a consequence, “air travel between our countries may even be stopped,” the statement said. “Aeroflot, the only airline with regular flights between Russia and the United States, might be forced to cancel them since the crews are experiencing growing problems with getting US visas,” it added.

Aeroflot was left in 2017 as the sole carrier connecting the two countries, after its SkyTeam alliance partner Delta canceled its New York to Moscow service.

The possible cancellation of flights between the US and Russia stems from the current diplomatic confrontation between Russia and the US and European Union. The latter two have recently expelled a number of Russian diplomats in retaliation for what Western nations say was a nerve-agent attack by Russian agents in the UK. Russia, in turn, has expelled 150 Western diplomats.

The US disputes the Russian Foreign Ministry’s view. “Assertions that Aeroflot crew members are unable to get visa appointments in Russia are unhelpful and simply false,” a State Department official said in a statement emailed to TPG. “We regularly set aside dedicated interview slots for crew member visas throughout our consulates in Russia, and many of these slots actually go unfilled. Airline crew members are welcome to make use of these dedicated interview times or may apply for visas at our embassies and consulates in other countries around the world.”

As for the reduction of visa services in Russia, this is “an inevitable result of the Russian government’s cap on our Mission staffing,” the official said.

There are potentially quite a few flights at stake. Aeroflot currently serves New York's JFK with three daily flights from Moscow's Sheremetyevo airport (SVO) with its two biggest jets, the Boeing 777-300ER and Airbus A330-300. It also flies daily to Los Angeles (LAX) with the 777, three times a week to Miami (MIA) with the Airbus A330-200, and once a week to Washington (IAD) with the A330-300. With flights to the US suspended, Aeroflot would have at least half a dozen planes sitting idle every day, an extremely costly situation unless it can find other flights to send them on.

The airline is a prominent member of the SkyTeam alliance, which allows passengers to earn and redeem Delta's SkyMiles on its flights. Last year, TPG's JT Genter was "pleasantly surprised" by the service in economy class on a flight from SVO to JFK.

Earlier this week, American Airlines rerouted some long-haul flights to avoid Russian airspace, after a US-led airstrike on Syria against facilities the US says were used by the regime of president Bashar al-Assad, a Russian ally, to produce chemical weapons used to attack civilians. US airlines were flying over Russian airspace without any problems on Friday. This screenshot from flight tracking site Flightradar24 shows that a Delta Airlines flight from Atlanta to Seoul flew over Siberia, while a Polar Air Cargo Boeing 747 (labeled PAC948, middle right of the image) is overflying the Kamchatka Peninsula.

The US and the Soviet Union maintained direct flights even at the height of the Cold War, when Aeroflot flew to JFK and Washington via Shannon in Ireland and Gander in Canada because its flagship jet, the Ilyushin IL-62, did not have the range to make it nonstop, unlike the Pan American 747s that also served USA-USSR routes.

Featured image by An Aeroflot Boeing 777-300ER taking off from JFK airport in November 2016. Photo by Alberto Riva / The Points Guy