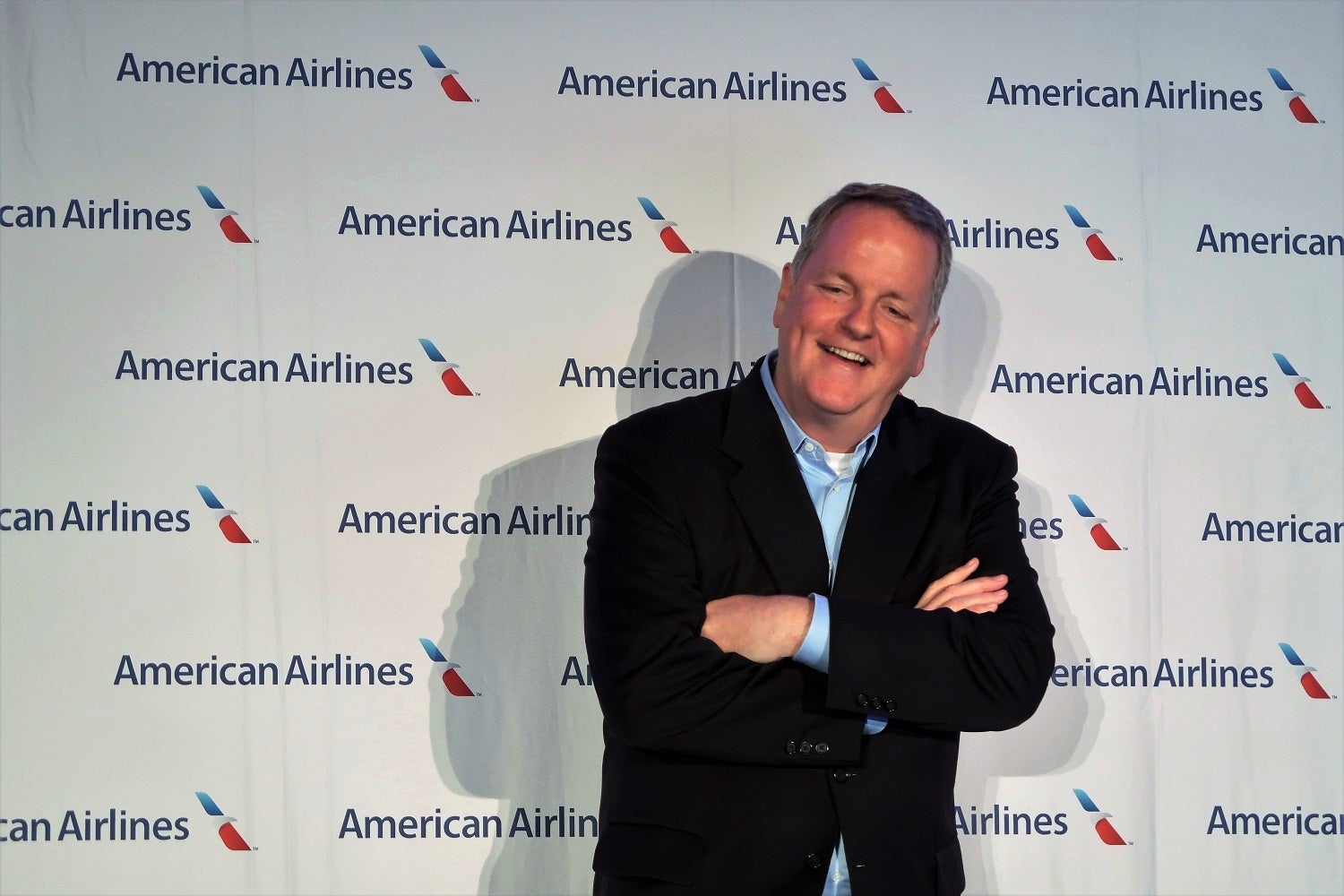 American Airlines Shares Surge 12% After Airline Executives Make Big Bets on the Airline's Stock
This post contains references to products from one or more of our advertisers. We may receive compensation when you click on links to those products. Terms apply to the offers listed on this page. For an explanation of our Advertising Policy, visit this page.

Despite being the world's largest airline by passengers carried, American Airlines as a company isn't the most valuable airline. Actually, it doesn't even crack the top three in the US.

The market capitalization of Delta Air Lines Inc (DAL), Southwest Airlines Co (LUV) and United Continental Holdings Inc (UAL) all are higher than American Airlines Group (AAL), and it's not even close. Delta's market cap neared triple that of American Airlines recently as AA stock -- and the airline itself -- has under-performed the competition.

Famously, the Chairman and Chief Executive Officer Doug Parker made a bet with a stock analyst that American Airlines stock would break 60 before the analyst turned 60 in November 2018. That didn't happen. On the last trading day before the analyst's birthday, the stock price closed at just $37.95 per share.

It hasn't gotten any better since then. This Monday, American Airlines stock price closed at its lowest price since June 2016: $27.20 per share. That's despite AA receiving long-awaited tentative approval of its joint venture with Qantas -- which allows the two airlines to coordinate prices for their combined 50%+ share of the market between the US and Australia/New Zealand.

Then something drastic occurred. On Tuesday, AA's top executives — and one director made large personal bets in the company. In total, seven of them purchased a combined 110,000 shares for over $3 million. Nearly half of the total was invested by CEO Doug Parker:

We know about these investments because directors, officers and more than 10% owners of publicly-traded companies are required to report when they buy or sell the company's stock.

Knowing that these purchases would be made public, the executives got ahead of the news and sent a letter to employees clarifying that "these share purchases are not part of our compensation package. They were purchased solely because of the value we see in American today and over time."

Even without that statement, a message would have clearly been communicated. The airline executives have been saying for years that they believe American Airlines' stock is undervalued. Now, with a united front, they're putting their money where their mouth is.

While a $3 million investment sounds like a lot of money to most of us, these executives were already financially tied into American Airlines stock for many multiples of this amount.

Based on the United States Securities and Exchange Commission filings, these six executives and the one director already owned -- either directly or indirectly -- a combined 4,745,135 shares of American Airlines stock. At Monday's closing price of $27.20 per share, more than $129 million of their personal wealth was AA stock.

So, the investment of another $3 million is a relative drop in the bucket for these executives. Still, Wall Street certainly seems to have noticed this vote of confidence. From Monday's close ($27.20 per share) to Wednesday's close ($30.36), American Airlines' stock price has rallied more than 11.6%. Across the same two-day period, stock prices for Delta, Southwest and United have increased around 5%.

So far, the bet has paid off for the executives. The combined $3 million investment has already gained nearly $250,000 in value. Perhaps more importantly, the executives' existing investments have increased in value by nearly $15 million since Monday's close.

Stockholders are surely happy for the bounce, but the stock price has a long way to recover before Doug Parker is considered off of Wall Street's hot seat.