Articles
Max Prosperi is a part-time frequent flyer and travel writer and full-time student. Based in St. Louis, Missouri, Max covers a variety of topics with a focus on points, miles, and aviation.
Follow
March 17, 2019
•
4 min read 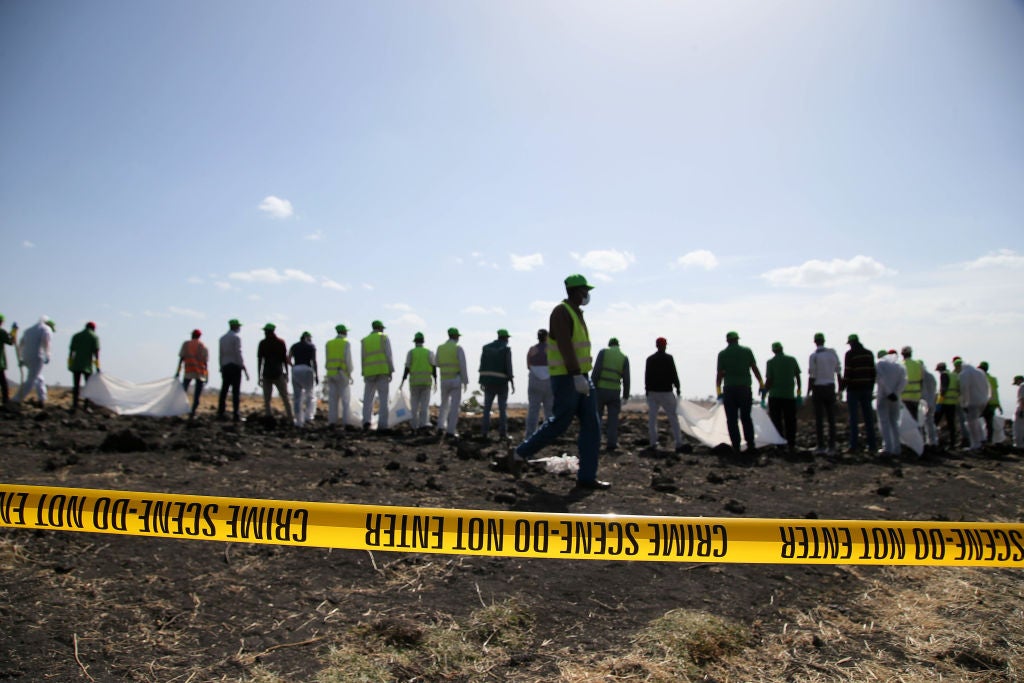 737 MAX: Ethiopian Crash Has "Clear Similarities" to Lion Air Crash
This post contains references to products from one or more of our advertisers. We may receive compensation when you click on links to those products. Terms apply to the offers listed on this page. For an explanation of our Advertising Policy, visit this page.

A week after Ethiopian Airlines Flight 302 crashed just six minutes after takeoff from Addis Ababa, Ethiopian Transport Minister Dagmawit Moges noted "clear similarities" on Sunday between the flight and Lion Air Flight 610, which crashed just 12 minutes after takeoff in October 2018. Both flights were operated with the now-grounded Boeing 737 MAX.

In the full statement, Moges went on to say that the "similarities" between the two crashes "will be the subject of further study during the investigation." The government official would not go into detail as to what those similarities were.

While initial similarities between the two crashes involving the Boeing 737 MAX 8 were noted just hours after the crash, only recently were the flight's Flight Data Recorder (FDR) and Cockpit Voice Recorder (CVR) located and analyzed. Investigators now have data from both devices that can more accurately portray the moments leading up to the crash. Moges' statement was made after the FDR and CVR were recovered, indicating that Moges likely used data from the crash of ET302 not yet made available to the public.

Additionally, just hours before the Ethiopian official's statement, The Seattle Times released a scathing report on the 737 MAX, which was authored by Dominic Gates, who has served as The Seattle Times' aviation reporter since 2003. The report noted numerous flaws in Boeing's "System Safety Analysis" of the MAX's Maneuvering Characteristics Augmentation System (MCAS). It also noted that the FAA "pushed the agency’s safety engineers to delegate safety assessments to Boeing itself," in an effort to "speedily approve the resulting analysis."

In the Times' recap of Boeing's "System Safety Analysis" three shocking details are noted. The first finding states that Boeing, "Understated the power of the new flight control system [MCAS]," and that the MCAS, "was capable of moving the tail more than four times farther than was stated in the initial safety analysis document."

The second finding in the Times' report notes that Boeing, "Failed to account for how the system could reset itself each time a pilot responded." Essentially, even if a pilot recognized that it was the MCAS causing the aircraft to trim down and was able to turn off the MCAS, the system could potentially reset and turn back on, thus causing the aircraft's nose to trim down repeatedly.

Finally, the Times' report noted that Boeing, "Assessed a failure of the system as one level below 'catastrophic.'" But "even that 'hazardous' danger level should have precluded activation of the system based on input from a single sensor."

The Times' report also found that the FAA "divided up the technical assessments that would be delegated to Boeing versus those they considered more critical and would be retained within the FAA." Thus, Boeing carried out parts of the company's own safety assessment and certification process.

The Seattle Times had reached out to Boeing with specifics pertaining to its findings "11 days ago, before the second crash of a 737 MAX."

Since the Ethiopian crash, Boeing been working alongside the FAA to develop an update to correct the issues affecting the 737 MAX's MCAS.

In a statement to The Points Guy, Boeing Senior Director of International Communications and Media Relations Bernard Choi said that, "Boeing has been working closely with the Federal Aviation Administration (FAA) on development, planning and certification of the software enhancement, and we expect to deploy it across the 737 MAX fleet in the coming weeks."

An FAA statement regarding the Boeing 737 MAX said that, "The grounding will remain in effect pending further investigation, including examination of information from the aircraft’s flight data recorders and cockpit voice recorders. An FAA team is in Ethiopia assisting the NTSB as parties to the investigation of the Flight 302 accident. The agency will continue to investigate."