7 Things That Could Make You (Almost) Love LAX 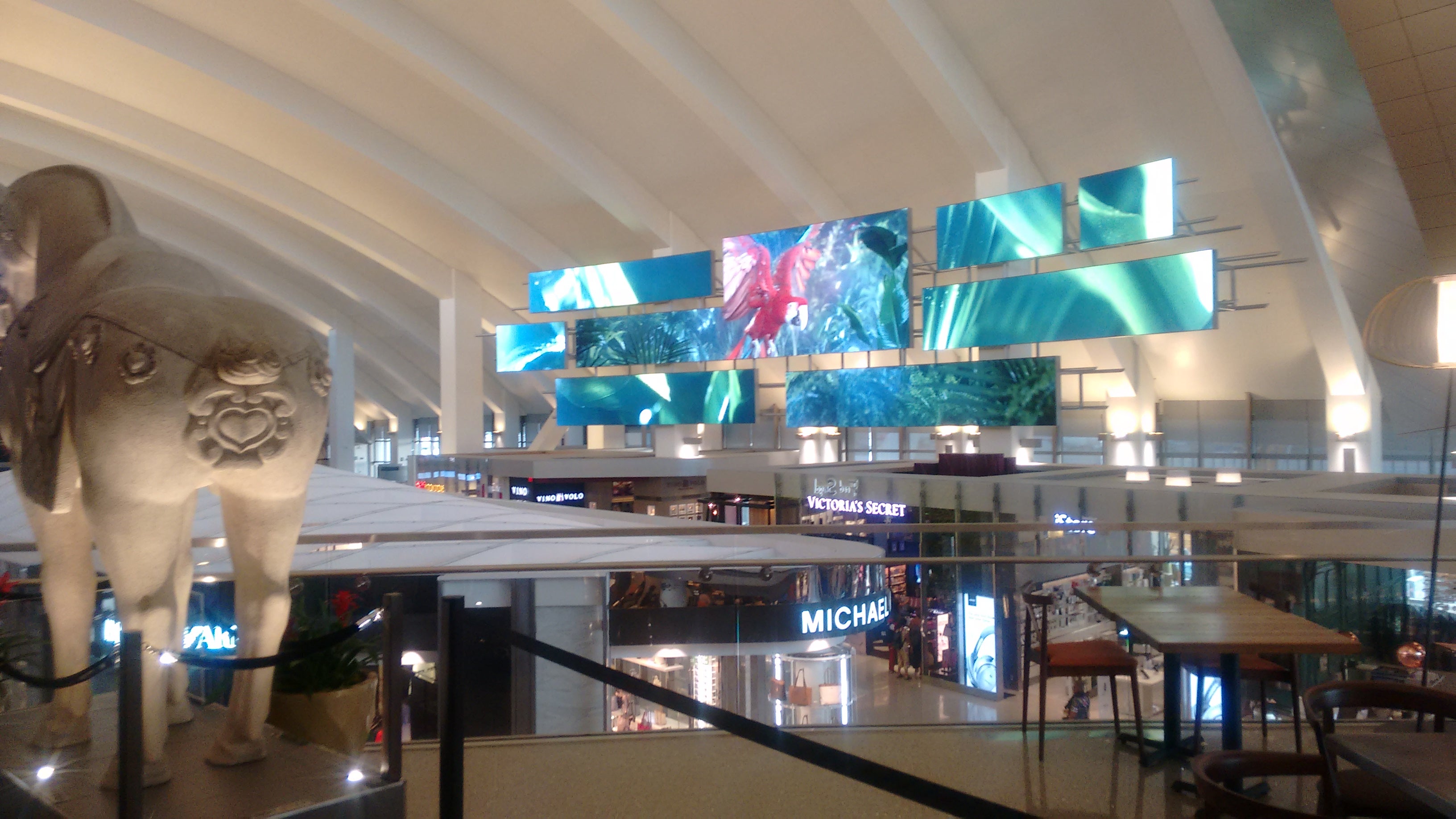 Ask most Californians what they love most about LAX and the likely responses will range from low groans to "well, it's one step higher than hell...probably." Precisely why the fifth-busiest airport in the world by number of passengers is so widely reviled is due to a combination of factors historical, structural (the terminal loop roadway, for example, is basically one long traffic choke point) and demographic, but the end result is that LAX is the SoCal version of New York's Penn Station: a mostly soul-crushingly dingy and overcrowded space that's always ripe for instant vilification.

Despite or perhaps because of the endless jeers and chronic congestion, Los Angeles World Airports, the municipal department in charge of the beast that is LAX, has embarked on a massive $14 billion renovation project to spruce things up and make the essential hub one to make 'em drool in Dubai. Retooled terminals, a people mover, long-overdue centralized car rental facility and more: it's all on the way, but the "Landside Access Modernization Program" won't be done until—hold on—2023. Expect lots of snarled traffic until then.

But behold and let it be told: there is stuff to really like, maybe almost love, about big old dirty LAX right now. Some of it is vintage, some more recent and some involves dogs. Herewith, seven things that may or may not add up to love for LAX, but they will surely make you hate it a little bit less.

1. The trippy Astro Walk in Terminal 6

In 1961 LAX underwent a huge modernization project to bring it into the jet age, endowing it with the once visionary, now congested terminal loop and sinuous, landmark Theme Building (which now sits empty). Lesser known, but much more colorful, was the addition that same year of artist Charles Kratka's signature tile mosaics in seven tunnels. Only three remain, the most iconic being the 300-foot long "Astro Walk" in Terminal 6. For LAX newbies, the multicolored mosaics might seem old school — but for generations of Angelenos, strutting past these rainbow bits and pieces, transitioning from shades of blue and green to ochre and orange, was (and still is) a little trip unto itself.

When the original Tom Bradley International Terminal debuted in 1984 most Angelenos were underwhelmed and left wondering, "Dude, like, is that all?" A massive 2013 reboot, however, made it arguably the most exciting airport terminal in America today—you just have to get through security (where there is still no TSA Pre) to see it. The massive, rippled concrete rooftop evokes the sensuous functionality of the Sydney Opera House, while the giant central Great Hall is home to an impressive choice of eateries, fine outposts of iconic LA retailers like Fred Segal and Book Soup and of course a comprehensive array of modern airline lounges. And the artsy light and sound installations (see below) actually do enhance your transit time in the terminal.

Driving into or out of LAX can be such an exercise in frustration it's easy to forget that the whole place is basically parked next to one long beach. And if historically the neighborhoods adjoining LAX were some of the dullest in Los Angeles, that's changing and fast. While Playa del Rey and El Segundo may have a ways to go before they can match the Southland hipster heavyweights like Los Feliz and Silver Lake, the neighborhood revitalization train has left the station making these breezy spots definitely worth exploring. And depending on the length of a layover, the nearby classic beach enclaves of Santa Monica, Venice Beach and surfing hamlet of Hermosa Beach also beckon.

LAX is by no means the first or only airport to bring a little art and culture, but just the fact that an airport correctly associated with exhaust fumes (as anyone who's ever waited for a pickup at the arrivals level can attest) and rudeness (ask for information about anything at your peril) is opening up to civilization gives cause for hope. The oversized glow sticks at the entrance, added in 2000, helped. But given its soaring ceiling and light-flooded open spaces, the new Tom Bradley Terminal is where art exhibitions literally shine—in lots of spots. For example, the mysterious stone horse who guards the escalator next to P.F. Chang's. Or Paige Smith’s site-specific installation Lost Los Angeles, with its myriad glowing gold paper geodes, in the arrivals level of the Bradley terminal's Customs Hallway. And the Departures Level at Terminal 6 is home to artist Bia Gayotto’s new three-screen video installation, Xing LA: From Altadena to Long Beach.

In the months ahead, a series of 18 different classical music performances, DJ sets and dance performances will be held in various places throughout all six LAX terminals, as part of "LAX Presents." Look for more of those kinds of cultural activations throughout the renovation process.

The presence of The Private Suite on the airport grounds probably won't appeal to everybdy, but it's the perfect tarmac bolthole if you're a Kardashian or anyone with a big line of credit. Beyond the creature comforts it provides to well-heeled travelers accustomed to pampering, the Private Suite also insulates celebrities from insensitive paparazzi—and at LAX, that is more of a issue than probably anywhere else.

6. LAX Airport Hotels Are Getting Better

Historically hotels at LAX were so depressing that you only stayed there if it was an absolute necessity. No longer: hotels like the Hyatt Regency LAX and bright Homewood Suites by Hilton are shaking things up with clean contemporary looks and incentivizing doing an overnight near the airport before your flight—not only a way to scoop up some points, but a way to hit the airport fresh and without traffic hassles. And while nobody walks in LA, the Hyatt Regency LAX is the hotel closest to the airport and you'll regularly see flight crew members walking from the lobby over to Terminal One (from which you can walk to other terminals).

For a few hours every week up to eight therapy dogs greet passengers in various LAX terminals and at the ground level of the Theme Building, part of the airport's Pets Unstressing Passengers (PUPs) program.

And at the Hyatt Regency LAX, they actually have a live-in canine ambassador, a rescue dog who goes by the name of Sir Hyatt. Pilots have been known to request some down time with Sir Hyatt by taking him on walks around the property which, this being LA, has a big outdoor pool too—great for splashing around in of course, but also for some awesome plane spotting.