6 Tips for Talking to Strangers, According to a Travel Psychologist 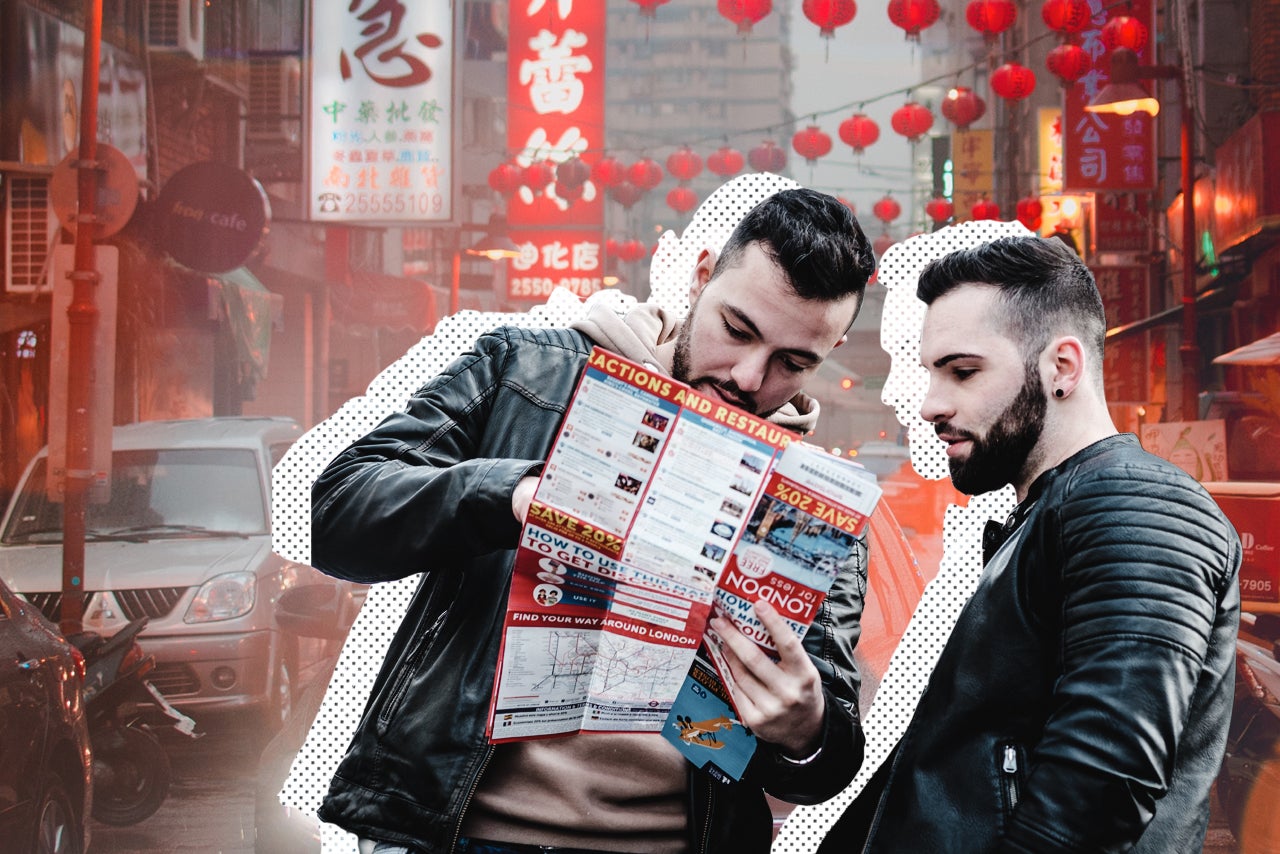 During a dreary stretch of spring in 1982, I forgot my passport at a hostel in Lausanne, leaving me temporarily stranded in Basel. My train pass hadn’t kicked in yet, and I had a tight budget, three days to kill and no friends or family in the area.

So I went to the zoo.

I noticed the guy taking tickets had a Jewish star on a chain loop, and — as I had just returned from reporting for a newspaper in Israel — we got to talking about his experience working on a kibbutz.

His English was fine, my German was passable. After three hours, I still hadn’t been inside the zoo, but I had a friend with whom to pal around with for the next few days. Several years later, the ticket taker was the best man at my wedding.

Affiliation is the point here

The psychologist David McClelland studied the need of humans to affiliate with one another. Practically speaking, when you’re alone on the road, you can send out visual cues to find like-minded people.

This can be a pin, a book in your hand, or a Star of David strung around your neck — anything, really, that is a sign to another member of one of your many global tribes that you are one of them. Whether you are Jewish, gay, vegan, or all of the above, see if you can discover places where folks with whom you self-identify break bread.

After all, a huge part of communication is nonverbal

World-renowned psychologist Albert Mehrabian conducted research showing that more than 60% of communication is nonverbal. In his riveting (albeit dense) book “Nonverbal Communication,” Mehrabian explains that with everything from our facial expressions to our posture and how we dress, we are making contact with strangers everyday. So when you’re traveling solo, more than ever, be sure to indicate your openness to conversation with a friendly grin and an approachable stance.

Vocation can help you connect with strangers, too

H.L. Mencken, a great American journalist, noted that a cab driver in London has more in common with a cab driver in New York City than he does with a doctor in England. So if you are a barista, hang around a local café. Or if you’re a poet, post up in a bookstore. Whatever your profession, seek out places frequented by people in your line of work. Even with major language barriers, you’ll find there’s plenty to discuss with professional peers.

The glory of meeting strangers in these almost serendipitous ways is that there is an innocence about the interaction. No expectations, no pretense and no pressure.

It’s for precisely this reason I was able to knock on my neighbor’s door at a hotel in Mexico City and forge a meaningful — and completely platonic — friendship. When I heard Bob Marley’s impassioned command to “get up, stand up” emanating from the adjacent room, I got up, stood up and introduced myself (and my appreciation for reggae).

The psychologist Daniel Levitin, at McGill University, has devoted his life to studying the neuroscience of music. We are hard-wired to seek music, and it stands to reason that music is a great way to affiliate with others. Just sitting with a stranger, not talking much, but enjoying music can be a profound experience.

The same can be said of culture, too

Strolling through museums and galleries is one way to meet and talk to strangers, but to avoid pestering someone, it’s better to search for upcoming museum and gallery events. Most galleries have opening parties for new shows, while some museums have evenings designed for single art enthusiasts. If you’re more interested in “Dancing With the Stars” than conceptual art, keep an eye out for dance parties, concerts and even dance studios during your travels.

Don’t make it about you

Several psychologists, including Dr. Suzanne Richardson and Dr. Mark Snyder, found that community service increases the volunteer’s sense of self-worth and increases empathic skills. Voluntourism isn’t just a trending way to give back to the places you visit. I’ve volunteered to work on farms in Switzerland, stopped by homeless shelters in London and assisted at daycare centers in Leiden. And I can say with confidence that in addition to swiftly boosting your language skills, you will definitely make new, like-minded friends.

Using these tactics, I’ve managed to make some of my closest companions while on the road.

Almost ironically, geographical distance and cultural differences can make it easy to transform a total stranger into a best friend — and quick, too. Part of the reason for this fast-earned intimacy is the fact that there’s always a chance you may never see that person again. That makes it a bit easier to take risks and be yourself.

I’m not saying the next ticket taker you meet will be in your wedding —but there’s certainly that chance whenever you leave home.