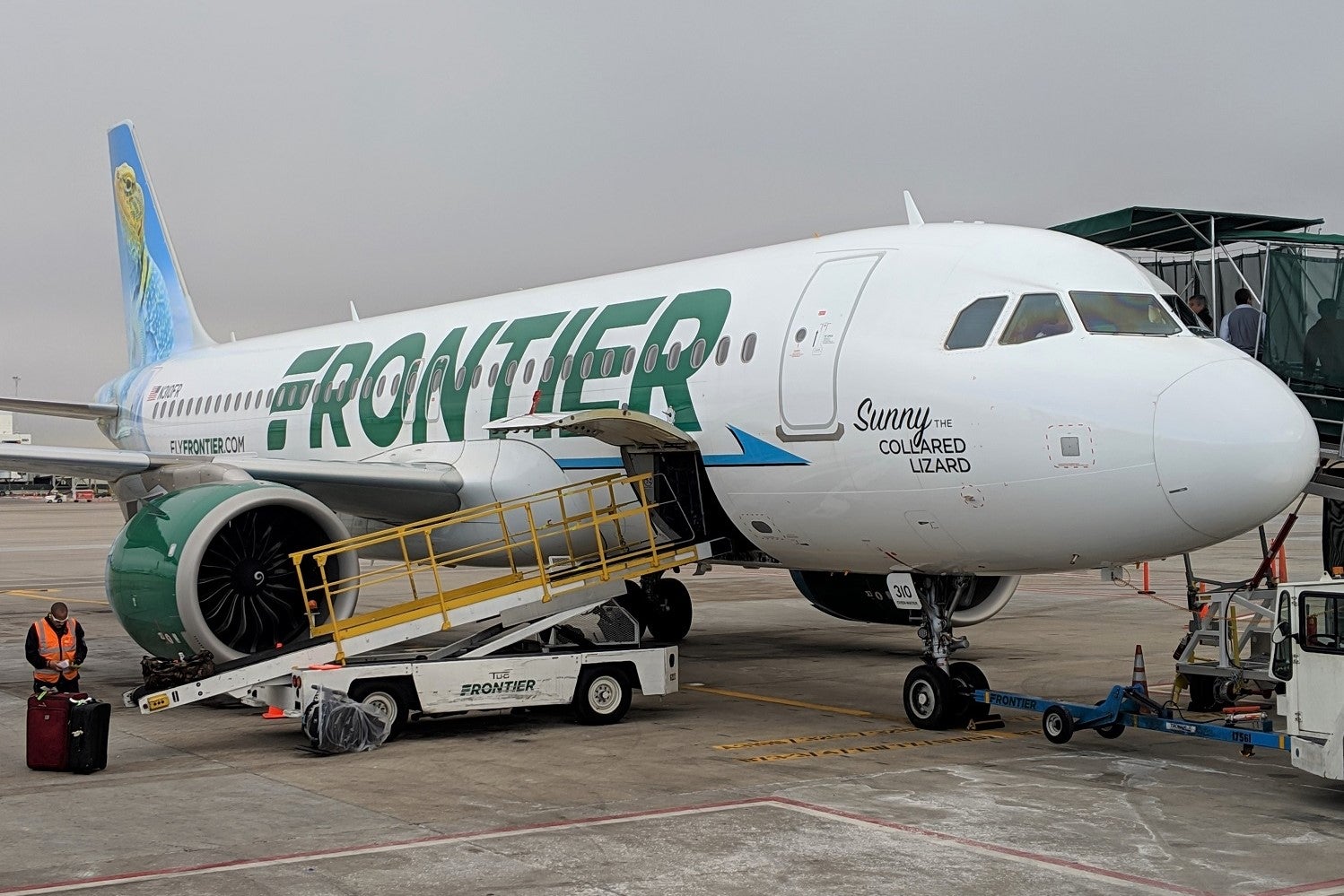 I Flew Frontier Flights I Didn't Need to Hit a Threshold That Didn't Get Me Anything
This post contains references to products from one or more of our advertisers. We may receive compensation when you click on links to those products. Terms apply to the offers listed on this page. For an explanation of our Advertising Policy, visit this page.

For most people, that'd already be way too much flying. However, I found an "issue" when counting up my miles for 2018. So, I tossed it out to the internet:

OK, maybe the choices were a little skewed. Unfazed by the multiple choice options, some TPG readers made their opinions heard:

Others reached out to check if hitting 300k would get me any additional status or benefits:

Sure enough, I'd already hit almost exactly 150,000 American Airlines Elite Qualifying Miles -- and taken an unnecessary connection to do so. That threshold automatically came with two extra systemwide upgrades, but I'll have a choice between three options if I hit the threshold next year.

But, flying 1,700 more miles to hit 300,000 butt-in-seat miles for 2018 wouldn't get me anything besides bragging rights. While the silent majority of voters voted for me to take the extra flights, the logical part of my brain said it was dumb to spend extra money just to hit this arbitrary threshold.

However, my editor salivated at the story (this story you're reading). And, as someone who feels more at home in the sky than on the ground, it didn't take much arm-twisting to convince me to take a look at my options. I was planning to go from Atlanta to Birmingham, AL to celebrate Christmas with my family. Katie and I had already secured a one-way car rental on Christmas Eve for just $85 through AutoSlash (side note: AutoSlash is an absolute game-changer for those seeking one-way trips.)

However, the last-minute flights from Atlanta-Denver and Denver-Birmingham were a reasonable $284 total on Frontier -- cheaper than the $399 nonstop Delta flights from Atlanta-Birmingham -- before bag fees. At 2,278 combined flight miles, it'd get me over 300,000 direct flight miles for the year. So, we booked my first flights on Frontier. This would add Frontier as my 28th airline of 2018 and 64th airline since I started logging my flights on OpenFlights.

As I was getting on the plane though, doubt set in. What if weather or mechanical issues meant that this ridiculous trip would mean I'd miss Christmas Eve with my family? Thankfully everything worked out and the Frontier flight from Denver to Birmingham even landed early.

Now that I've reached this arbitrary 300,000-mile threshold and I'm done flying for the year, let's take a look back at my stats for the year.

Do I regret taking these unnecessary Frontier flights to hit the 300,000-mile threshold? Not at all. Do I still feel like it was an absurd thing to do? Absolutely. Do I plan to hit 300,000 miles again in 2019? Probably not. That was a ton of flying -- especially with 210,950 of those miles in economy, premium economy or domestic first class. That said, I never set out to hit 300k miles in 2018, so I guess we will have to see what happens.