The Highest Paid US Airline CEOs of 2017

Articles
Emily McNutt is The Points Guy's Global News Editor and is based in London.
Follow
May 06, 2018
•
5 min read 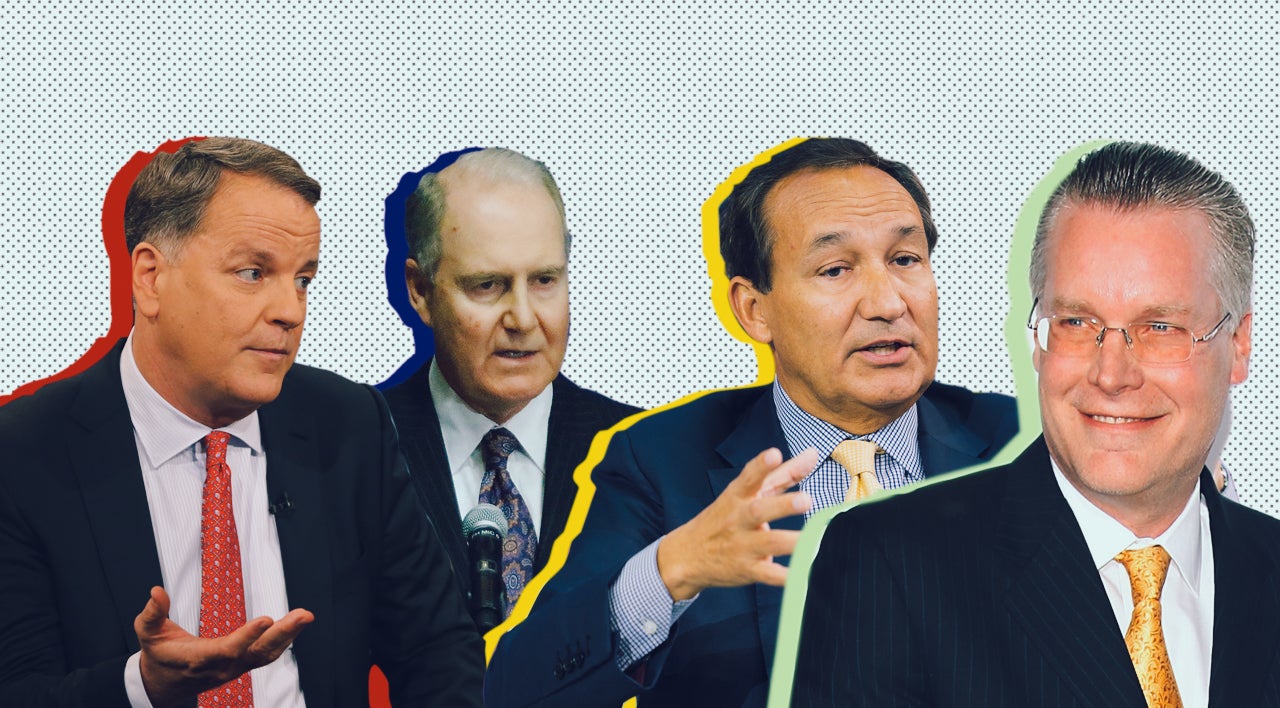 The Highest Paid US Airline CEOs of 2017
This post contains references to products from one or more of our advertisers. We may receive compensation when you click on links to those products. Terms apply to the offers listed on this page. For an explanation of our Advertising Policy, visit this page.

When it comes to air travel, for consumers, it's usually all about the fare and the experience. But what about the people behind the scenes running the show and determining what that experience and those fares looks like? Well, behind each of the largest US airlines is a CEO at the helm — and they earn a lot of money. But how much do each of them earn exactly, and who makes the most?

According to filings made with the Securities and Exchange Commission, the six largest airlines in the US raised the earnings of their CEOs for 2017 with two exceptions — JetBlue's CEO Robin Hayes, who saw a minimal decrease, and United Airlines CEO Oscar Munoz, whose earnings fell early 49% from 2016.

Here's a look at which of the airline CEOs made the most in 2017:

Ed Bastian's 2017 pay totaled $13.2 million — up 5% from the year prior. Bastian's total pay broke down as just more than $800,000 in salary, but he earned a vast majority of his total compensation in the form of stock ($6.7 million) and option awards ($3.3 million), as well as with the company's non-equity incentive plan compensation ($2.1 million).

Aside from Bastian, who has been the CEO of Delta since May 2016, the next-highest earner at Delta for 2017 was the company's President Glen W. Hauenstein, who earned $8.2 million. As a point of comparison, Hauenstein's 2017 earnings were more than double that of JetBlue CEO Robin Hayes.

In 2017, American Airlines CEO Doug Parker took home $12.1 million. Parker's 2017 earnings totaled 9% more than his total in 2016. Parker hasn't received a salary since 2015, instead only being paid exclusively in AA stock.

The next-highest earner at AA was the company's President Robert Isom, who took home $7 million — again, more than Robin Hayes of JetBlue.

2017 was a tough year for United. At the forefront of its issues was the infamous Dr. David Dao dragging incident, followed by several other noteworthy events. Internally, United CEO Oscar Munoz was the biggest name to take some of the blame, coming in the form of a pay cut.

In total, his 2017 earnings of $9,561,134 totaled nearly half of what he earned in 2016 — $18,720,548. Munoz announced in a memo to employees in April that he decided to skip his 2017 bonus from the airline's compensation committee. "I felt it was important to send a message about the culture of accountability and integrity that we are building here as a United team."

Southwest, the low-cost carrier known for offering travelers no frills tickets with two free checked bags, was the fourth-highest paying for its CEO. Gary Kelly, the airline's chief executive took home a total of $7,560,200 in 2017, about $1.4 million more than his payout from the year prior. Kelly earned a base salary of $740,625 for the year.

For Alaska Airlines, 2017 was a year of preparing for and nearing completion of a merger with Virgin America. The combined company's CEO Bradley D. Tilden was compensated a total of $5,718,166 for 2017. His earnings were based off of a base salary of $534,616, with a majority of his final earnings — $2.7 million — from his stock awards.

The remaining Virgin America member on the airline's executive team walked away with $1.8 million in compensation in 2017.

Of the six largest US carriers, JetBlue awarded its CEO Robin Hayes the smallest amount of compensation in 2017. In total, Hayes earned $3,142,893. While Hayes didn't earn as much as his peers, his base salary of $565,000 was higher than that of Alaska's Bradley Tilden.

The majority of Hayes' compensation — $2.2 million — came in the form of stock awards. Notably, his 2017 compensation was about $258,000 less than that from the year prior.