10 Aviation Memorabilia That Every Enthusiast Wants

Articles
Mike Arnot is the founder of Boarding Pass NYC, a New York-based travel brand and a marketing consultant to airlines. A private pilot, he can sometimes be found above the skies of New York City.
Follow
Oct. 21, 2018
•
8 min read 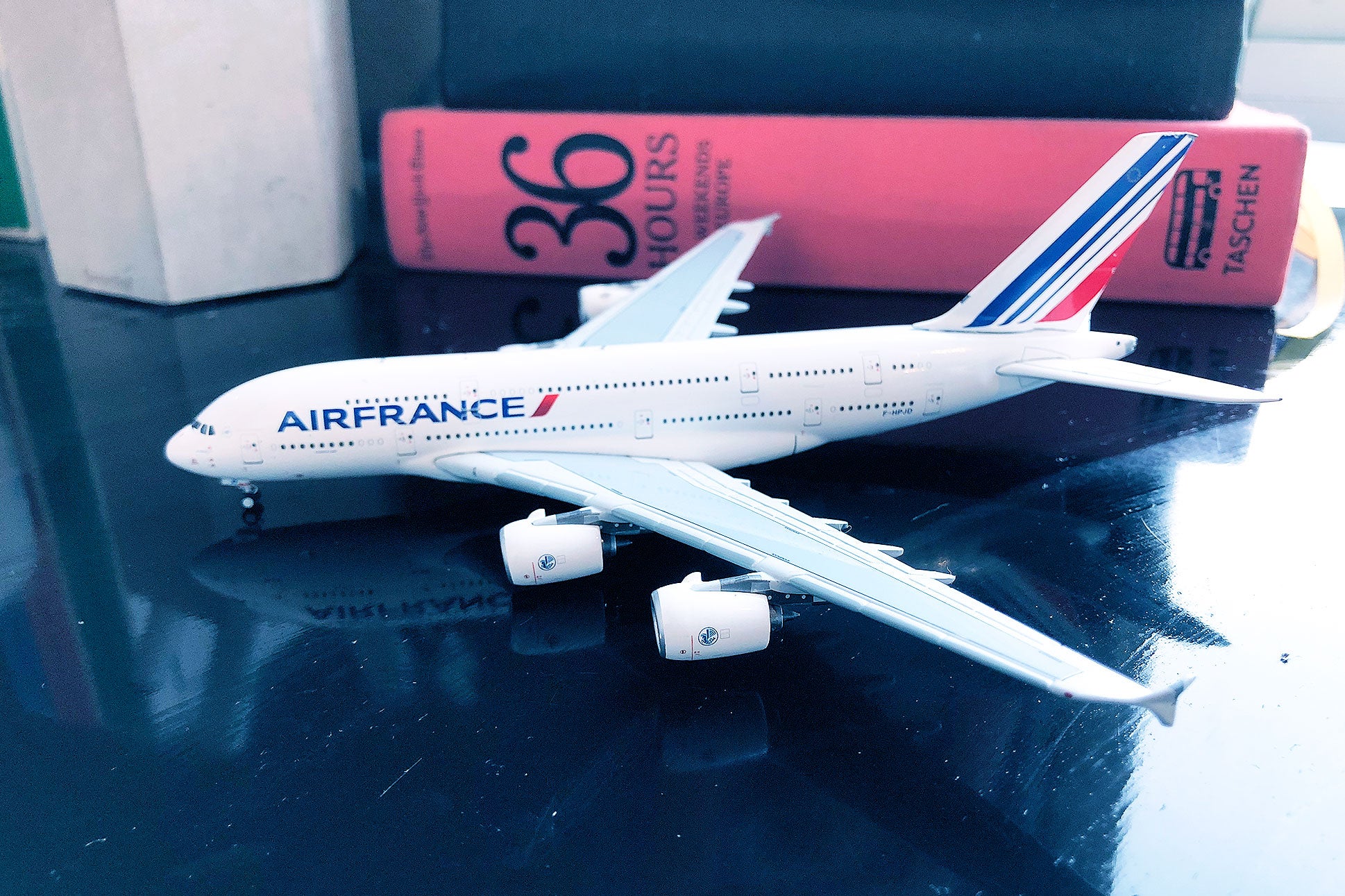 "I have a great collection of barf bags," a friend admitted to me recently. "I used to grab them from every flight. I've got dozens of them."

He's not alone. There's an entire subculture of devotees to airsickness bags, as well as other airline collectibles. While barf bags may not be your thing, here are 10 other airline and aviation collectibles that are definitely worthy of investment, small and large, for the frequent flier.

In the 1960s, airlines had a heyday. It was an era of Mad Men, and airlines got in the game commissioning artists to depict the mystique and promise of international air travel through art. Artists including Stan Galli and David Klein created vivid pieces for United Airlines and TWA. They were meant to be plastered on a wall; to find airline art in good condition means someone had the foresight to preserve the poster. Today, you can find examples at poster dealers in New York and around the world, and the occasional find on eBay. Inexpensive reproductions abound, but the real thing is something to behold. Save up—they start at around $450.

I have personally purchased die-cast models of the aircraft and liveries of the aircraft I first flew in. My first flight (Saskatoon to Toronto YYZ, Canada) was on an Air Canada Boeing 727, and a replica sits on my desk. Other flights are similarly memorialized: I've got a British Airways Boeing 747 (London Heathrow to New York JFK), an American Airlines Boeing 777 (JFK to Buenos Aires), an Air France Airbus A380 (JFK - Paris), a Japan Airlines Boeing 787 (JFK to Tokyo Narita) and so on. I remember the thrill of being a passenger on those planes —where I sat and how getting there was half the fun. Gemini Jets is your source. They produce the mini-planes in limited runs.

The altimeter displays the aircraft altitude, and plenty of vintage versions abound on eBay. They share a common typeface, the “Standard Form of Numerals and Letters for Aircraft Instrument Dials” which in and of itself is elegant and yet utilitarian. I think they make for perfect paperweights and conversation starters. Most can be had for $100 or less.

4. A Non-Inverted Jenny Stamp (Say What?)

You’re not likely to find an Inverted Jenny, and even if you do, you can't buy it — not for under seven figures, that is. The famous stamp features the Curtiss JN-4 airplane, the first aircraft used for US Air Mail. In 1918, a sheet of 100 such stamps was inadvertently printed with the aircraft upside down; a philatelic enthusiast snapped up the sheet and sold the units at a hefty profit. Today, they sell for more than $1 million each; you can see a set of four at the New York Historical Museum. But you can find an Un-Inverted Jenny at your local stamp dealer or online for around $20. Buy one and frame it. Upside down, if you feel like it.

It's no wonder there are so many Concorde artifacts available. Not only was flying on the supersonic jet an incredible experience, but even the likes of Andy Warhol pilfered anything they could get their hands on, such as the silverware. There's all manner of collectibles from playing cards to bottle openers from the Concorde era available on eBay. I never had the chance to fly on Concorde, but I've got a vintage stationery set from British Airways. It'll have to do.

During World War II, the British Ministry of Defence needed reliable wristwatches for pilots, air crews and others involve in the defense of the realm. They commissioned 12 companies to create a black-dial wristwatch with Arabic numerals. Each company produced around 25,000, but often fewer. Makers were Buren, Cyma, Eterna, Grana, Jaeger-LeCoultre, Lemania, Longines, IWC, Omega, Record, Timor, and Vertex. You can readily find them online for as little as $500, a piece of aviation and military history. And most of them still keep perfect time.

The thought of spending more time in an airline seat does not appeal to many travelers, but some seats are very comfortable. Case in point, vintage Concorde seats designed by Sir Terance Conran: they're stylish and navy leather, and if you can find a set, it would look great in your living room. You can find all manner of aircraft seats in all conditions on eBay—including captain's seats as pictured above. Be choosy. The seats will run you around $800, and freight to ship them will cost another $600 or so to the East Coast. TPG has a vintage set from Concorde in the office in a lovely rust orange.

It's one thing to own a set of airplane seats but quite another to invest in repurposed aviation furniture. Enterprising craftsmen have turned exit doors, wheels and engine cowlings into furniture — and lovely creations at that. Plane Industries created the 737 engine cowling seats shown here. But they also make tables from aircraft doors and lamps from the leading edge of wings. It’s an investment — the desk lamps start at £1,200 — but a must for an aficionado. (I’m saving up.)

10. Goodies From Your Favorite Airline

Fly Air Canada all the time? A Delta aficionado? One person’s junk is another’s treasure. You can find all types of memorabilia online, from patches, pins, and plates to cutlery, playing cards and the aforementioned barf bags. (Actually, a lot of barf bags.) Pictured here is a vintage satchel from JAL.