7 spooky destinations for a Halloween vacation

Articles
Mackenzie Roche is an editor at TPG. Her favorite travel experiences include cruising around the Greek islands and driving cross-country from Boston to Los Angeles.
Follow
Sept. 04, 2022
•
10 min read 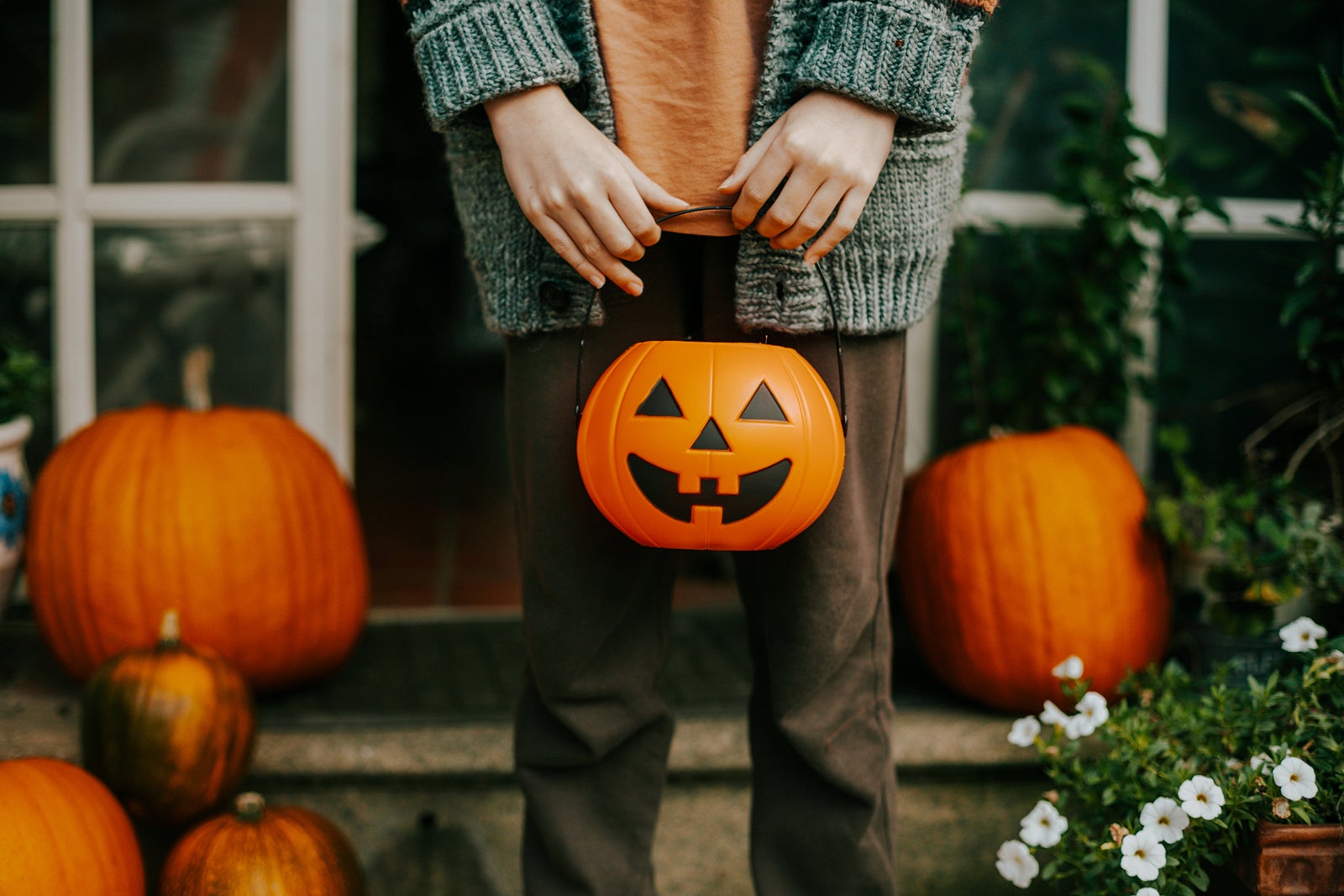 For many people around the world, the start of fall means one thing: Halloween.

Many believe this holiday can be traced back to the ancient Celtic festival of Samhain, which means "summer's end." People dressed in costumes to celebrate the harvest season and ward off evil spirits (which they believed to be more prominent during this time of year).

Additionally, in 837 Pope Gregory IV officially declared Nov. 1 as All Saints' Day, and many cultures began celebrating Allhallows Eve the night prior. Countries around the world still observe these autumn events in their own ways, such as Teng Chieh in China, and Dia de los Muertos in Mexico and other Latin American countries.

For more travel news and advice, sign up for our free daily newsletter.

There are plenty of places to celebrate Halloween, but some destinations go above and beyond.

From pumpkin-carving events and festivals to eerie forests and haunted houses, here are destinations in the U.S. and beyond that are teeming with Halloween spirit.

The infamous witch trials of 1692 made Salem one of the world’s spookiest cities. On any given day of the year, visitors can tour haunted sites such as the Witch House, the House of Seven Gables, Proctor's Ledge and the Howard Street Cemetery.

However, each October, this New England destination celebrates its storied past with Halloween festivities that span the entire month. The event includes parades (including a special pet parade), film nights, a costume ball, ghost tours, haunted houses, live music and theater performances. Visit Salem’s event website to see what activities will occur each day.

Just wandering the city’s historic streets and perusing spellbinding shops can be enough to inspire a Halloween mood. Buy some witchy products such as herbs, crystals and spell kits at Crow Haven Corner or HausWitch Home + Healing. Or, buy your own wand at Wynott Wands.

Stay in the heart of downtown Salem at the Hampton Inn Salem Boston for about $550 per night. Or, save your cash and use 70,000 Hilton Honors points per night for a standard room.

You can also book a room at the Boston Marriott Peabody, about a 15-minute drive from downtown Salem. A stay here starts at $260 or 30,000 Hilton Honors points ($260) per night for a standard room.

The Big Easy boasts a haunted history. It has an abundance of above-ground cemeteries, where spirits are said to linger, and it has provided inspiration for vampire folklore.

Some of its most haunted spots include Lafitte’s Blacksmith Shop Bar, where guests have attested to seeing ghosts of pirates and of a woman in black, and St. Louis Cathedral, where the ghost of a 1700s pastor still reportedly roams.

Locals celebrate the city’s spookiness during the Halloween parade, zombie run and street parties. New Orleans Voodoo — a folk religion connected to nature and spirits, with roots in West Africa — is now a prominent part of the city's culture. The area's Voodoo stores sell niche goods that promise to help cleanse homes and keep spirits away.

For the full supernatural experience, take a ghost tour around the French Quarter to see haunted houses, then stop by one of the many costume shops to prepare for the parties. Most events occur from Oct. 22 to Oct. 31.

There are plenty of Marriott, Hilton and Hyatt outposts around the city for easy points redemption opportunities.

Daring Omni Select Guest members can use points to stay at the luxurious Omni Royal Orleans — one of the city’s many supposedly haunted hotels. (Some past guests have reported encounters with friendly ghosts while staying at the Omni.) Cash rates here start at $199 per night.

Related: 10 TPG-approved hotels for your next New Orleans stay

This town became well known thanks to Washington Irving’s story, "The Legend of Sleepy Hollow," featuring the terrifying Headless Horseman. The eerie setting that once inspired Irving provides an ideal backdrop for many unique Halloween festivities throughout the month of October.

On select days, visitors can take part in the "Octagon House Myths and Mysteries Tour," which leads them through the supposedly haunted house that’s mentioned in Irving’s book.

The main event, on Oct. 26 and 27, is "Hulda’s Night" at Rockefeller State Park Preserve. Bring a lantern and venture deep into the woods with a guide for an evening of chilling tales and folklore.

Self-guided tours of Lyndhurst Mansion — a spooky Gothic Revival house where a multitude of scary movies have been filmed — are available from Oct. 28 to Oct. 30. Enjoy black cookies, cider doughnuts and apple cider after you tour the house, which is adorned with Halloween decorations. Another highlight is the Tarrytown Halloween Parade, which features refreshments, live music and performances, and occurs on Oct. 29.

Earn or redeem points during your Halloween adventure by staying at a local points-eligible hotel. The SpringHill Suites by Marriott Tarrytown Westchester County is a good option at 25,000 points ($233) per night; it's about 2 miles from Sleepy Hollow.

Just a few miles from Disneyland, Buena Park is home to one of the state’s most popular amusement parks, Knott’s Berry Farm. Both of these parks offer prime Halloween celebrations for the whole family.

If you’re visiting Southern California with young children, consider celebrating Halloween at Disneyland. From Sept. 2 to Oct. 31, the theme park features seasonal events like fireworks displays, special performances and a pumpkin festival. There's a spooky spin on many of your favorite rides and Disneyland characters wear their best fall attire.

It operates on select dates from Sept. 22 to Oct. 31. It’s not ideal for children under 13 because of its scary nature.

London hosts a wide array of events every year leading up to Halloween. This year, visitors can tour the city’s tombs, take a spooky river cruise or explore the dungeons. Embrace your inner witch or wizard on "The Making of Harry Potter" tour at the Warner Bros. studio.

Looking for something spookier? Visit London's haunted houses, including Hampton Court Palace where the ghost of Henry VIII’s fifth wife supposedly still lingers. Additionally, there are plenty of Halloween parties at clubs around the city, so be sure to pack your best costume.

London brims with points-eligible hotels to offset the cost of your trip. Consider Residence Inn London Tower Bridge, with room rates from $313 or 45,000 points a night. Splurge with a stay at the Conrad London St. James. Rooms here start at $505 or 80,000 points per night.

Also known as Londonderry, this city on the River Foyle is known for the intact 17th-century Derry’s Walls with seven gates. It also hosts Europe’s largest Halloween celebration.

The free event draws thousands of people each year. Although some events are scarier than others, the festival is family-friendly and family-owned. This year Derry Halloween runs from Oct. 28 to Oct. 31.

If you want to stay right near the action, consider using IHG Rewards Club points to book a room at the Holiday Inn Express Derry for 19,000 points ($115) per night. Or, stay on the outskirts of the downtown area by using Best Western Rewards points at the Best Western Plus White Horse Hotel, which starts at 20,000 points ($95) per night.

Halloween in Transylvania is less about the parties and more about visiting the region’s historic and haunted landmarks.

Arguably the biggest lure here is Bran Castle. This 14th-century structure built into a mountainside is believed to have housed Vlad the Impaler, the inspiration behind the legendary stories of Count Dracula.

The castle is open for tours year-round, and visitors can explore its many tunnels and spooky corners with a guide. If you want to visit the castle for the Halloween celebration (which takes place on Oct. 29 this year), you can book daytime or nighttime tickets here.

Consider adding a "Magic Time Tunnel by Night" tour or a "Vampire Gourmet Dinner" experience. Or, opt for the combo pass to get access to the Halloween party in the park. On other days, you can buy tickets to the castle online, or book a formal tour that leaves from the capital city of Bucharest.

Other nerve-tingling attractions in Transylvania include Corvin Castle — one of Europe's largest castles, where Vlad the Impaler is said to have been held prisoner for seven years — and Teleki Mansion, which is reportedly haunted by a ghost.

The haunted Hoia Baciu Forest, which was featured in an episode of "Ghost Adventures," is another scary area attraction; it’s said that spirits linger in the crooked trees of this forest, so enter at your own risk. These sites are within a few hours' drive of each other, so it’s beneficial to rent a car or book a guided tour to explore easily.