How and why pilots dump fuel during a flight

Articles
Charlie Page is a senior first officer on the Boeing 787 Dreamliner with over 10,000 hours of flying experience, both around Europe on the A320 family and worldwide on the B787. He is also a freelance writer, contributing to a range of print and online publications.
Jan. 18, 2020
•
14 min read 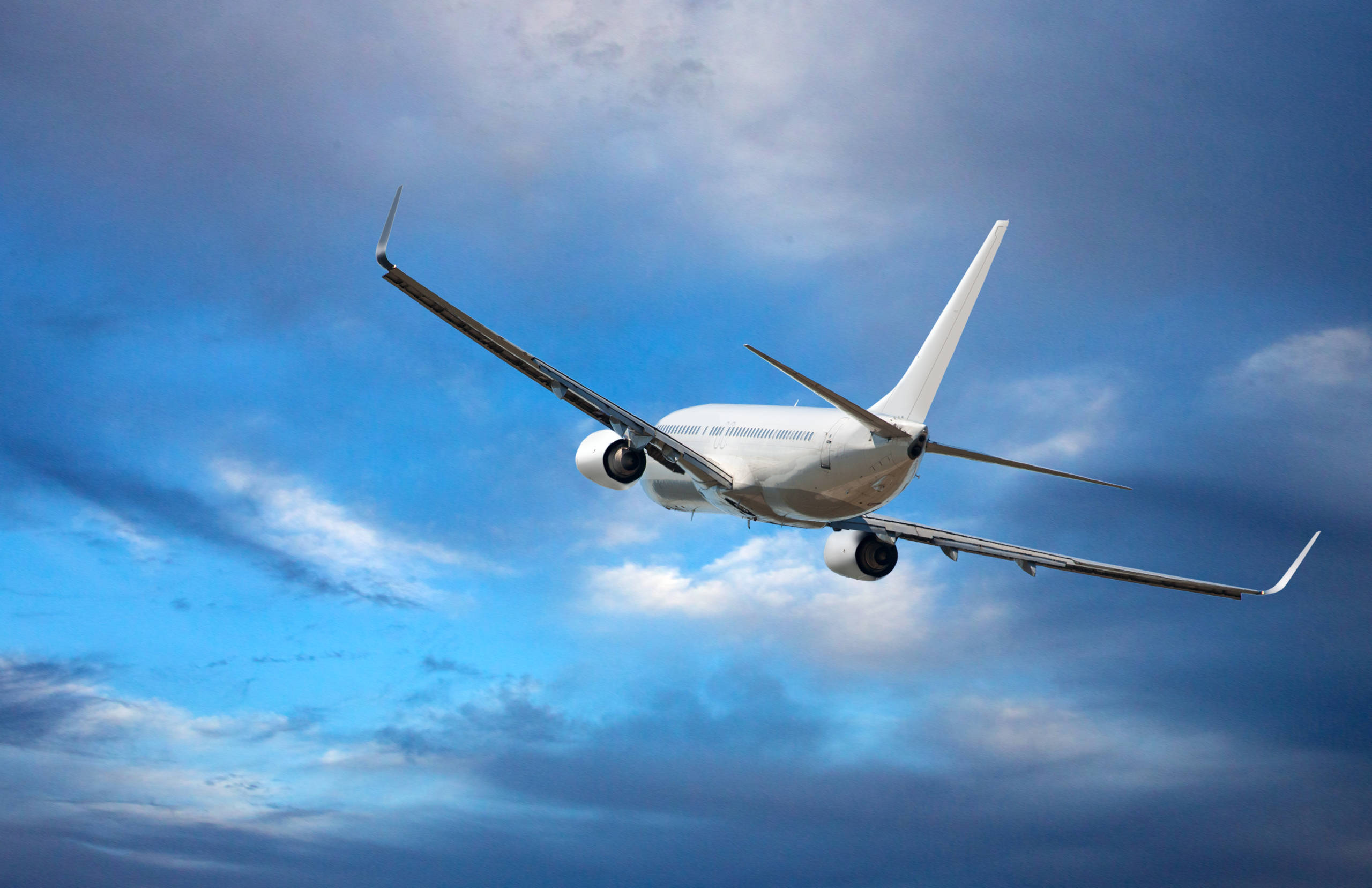 When watching your aircraft being prepared for flight, the last thing you imagine for what will happen to the fuel is for it to be dumped overboard a short while later. However, for a very small number of flights every year, this is exactly what happens. Before each departure, the pilots carefully decide how much fuel they will need to safely complete the flight. However, there are occasions where having too much fuel can be a problem.

Why size and weight is important

Before each flight, we will discuss the weight of the aircraft. This will include the planned takeoff weight and also the weight at which the aircraft is expected to be on arrival at the destination.

On takeoff, a fully-laden 787-9 Dreamliner can weigh anything up to 254 tonnes. This is known as the Maximum Take Off Weight (MTOW). However, to prevent excessive stress to the airframe on landing, there is also a Maximum Landing Weight (MLW) -- 192 tonnes.

If the aircraft has a high load of passengers or cargo, it may not reach the MLW until well into the flight. If the planned landing weight at destination is very close to the MLW, there is very little scope to add more fuel for bad weather or to take extra cargo.

So why do pilots bother dumping fuel if the aircraft can take the extra weight? One of the main reasons for reducing the weight is for the landing performance.

For every landing, the first thing we need to know is the Landing Distance Available (LDA). This is, in effect, the length of the runway.

Next, we need to work out the distance required to bring the aircraft safely to a stop. This is also known as the calculated landing distance. However, as this is the minimum distance calculated for a textbook landing, most airlines use a safety factor of 5% to 15% on top of this.

This ensures that should the landing not be perfect, for example, if the aircraft touches down a little deeper than planned, there is still sufficient runway remaining. This is known as the required landing distance.

As a result, in order to ensure that there is enough runway available to stop, we may have to dump fuel to reduce the aircraft weight down to a value which will make the landing performance work.

Additionally, even if the aircraft could land overweight, it will put incredible stress on the brakes. In these situations, the brakes could get so hot that it could potentially cause the tires to explode. To stop this from happening, when the brakes reach a certain temperature, fuse plugs in the tires melt, safely letting the air out of the tires.

This could potentially render the aircraft unable to taxi off the runway, causing great disruption to the airport and requiring the tires to be replaced. A time and cost-intensive exercise which is ideally avoided if at all possible.

Before each departure, pilots carry out a brief where we discuss the pertinent points about the taxi out, takeoff and initial climb. As part of this brief, we will also chat about what we will do should we experience an emergency situation on takeoff. The contents of this brief vary from airline to airline and pilot to pilot. It's what the crew on the day feel is important to cover.

One event I normally cover is an engine failure on takeoff.

Not only will we discuss what we will do in the event of an engine failure, but we also talk through how we will handle the situation. When will we bring the gear up? What angle will we bring the nose up to? At what point will we engage the Autopilot?

As part of this emergency brief, we will also consider the weight of the aircraft on takeoff. If this is above the MLW, we will come up with a plan outlining what we will do if we need to return to the departure airport.

At this stage, personally, I will perform a quick landing distance calculation using the actual takeoff weight of the aircraft, landing back into the departure airport. If this shows that the runway is long enough, we know that we could land back safely overweight if needs be.

I'll then discuss the situations where we may elect to return to the airport immediately and those where we would have more time to troubleshoot the problem.

Immediate returns would normally be for a severe smoke, fire or fumes event where the safety of the aircraft is in doubt. In these situations, knowing that we can land at the current weight (even if it's above the MLW) we would declare an emergency to ATC and request to land as soon as possible.

Other situations may not need us to land quite so quickly. For example, a pressurization problem. In this scenario, we would take up a holding pattern near the airport and run through the relevant checklists. Once these have been completed and we have decided on a course of action to return to the departure airport, then we may need to dump fuel.

The wings aren't just for lift

While the wings of an aircraft are primarily there to create the lift to make it fly, they also contain a hidden secret. To save weight, the wings are mainly hollow, reinforced by clever structures to keep their strength. It’s this hollow space that is utilized as the fuel tanks.

Some aircraft, like the A380, have complex fuel systems using multiple tanks situated not just in the wings but also in the belly of the aircraft and toward the rear. Others, like the 787 Dreamliner, which I fly, have a more simple system of a main tank in each wing and a center tank in the belly.

When the aircraft is being prepared for a flight, fuel is pumped into the aircraft wing where a logic system directs it to the tanks where it is needed. This normally entails filling the wing tanks first and then sending the rest to the center tank.

Each wing tank can hold 17 tonnes of fuel each and the center tank can hold 68.4 tonnes, giving a total capacity of just over 102 tonnes.

If needs be, fuel can be pumped from one wing tank and used to feed the engine on the opposite side. This is known as "fuel crossfeeding" and is normally done when an engine has been shut down.

Fuel can also be transferred directly between tanks. Over the duration of a long-haul flight, an imbalance can develop between the two main tanks. This is normally down to differences in the two engines -- they don't come in "pairs" and one can often be older than the other.

On the approach, when one of the main tanks reaches 1.7 tonnes, the Fuel Low Quantity checklist is triggered. Whilst plenty of fuel still remains on board to fly for another hour or so, this checklist requires some configuring of the aircraft.

If an imbalance exists between the tanks, this checklist could be triggered unnecessarily, adding to our workload at an already high workload time. To save this from happening, a proactive crew may elect to balance the tanks before top of descent.

Read more: 10 years of the Dreamliner — why pilots love flying the 787

If the decision has been made by the crew to dump fuel, they will inform ATC. Each country has its own rules on jettisoning fuel. As a result, the aircraft may be moved to a certain area and altitude before fuel dumping is commenced.

The environmental aspects of fuel dumping have been closely studied by the United States Air Force. It showed that for the most part, if fuel is jettisoned above 5,000 to 6,000 feet, it will completely vaporize before reaching the ground. Therefore, Boeing recommends that fuel jettisoning should be done above these altitudes whenever possible. That said, there is no restriction on jettisoning fuel at lower altitudes if the flight crew deem it necessary.

The fuel jettison system on the 787 allows pilots to dump fuel from all three tanks on board the aircraft and the process outlined in the Fuel Jettison Electronic checklist.

This directs the flight crew to arm the fuel jettison system. At this point, the aircraft assumes that the crew wish to lose just enough fuel to get the aircraft down to the MLW. With this in mind, it will calculate the fuel on board required to satisfy this weight.

Should the crew need to reduce the weight even further, they can stipulate the exact fuel they require remaining at the end of the jettison. This might be done if the landing distance required at the MLW is still too great for the runway available.

The crew then press the fuel jettison nozzle valve switches to start the process. This opens the jettison nozzle situated outboard on the rear of each wing, allowing fuel to flow from the wing tank into the atmosphere.

It takes just over a minute to dump one tonne of fuel. Therefore, depending on the total fuel on board, it could take around 20 to 30 minutes to get down to the MLW. Longer if a lower weight is required.

Once the desired fuel remaining is reached, the system automatically shuts off.

Read more: The 11 questions pilots get asked all the time

The ability to dump fuel gives pilots an extra tool to deal with certain situations. By reducing the weight of the aircraft, pilots are able to reduce the approach speed and in turn, minimize the runway required to bring the aircraft to a safe stop.

Whilst most long-haul aircraft have the ability to dump fuel, very few smaller aircraft have this facility. This is due to smaller difference between the MTOW and the MLW.

The decision to dump fuel is solely the responsibility of the crew flying the aircraft. There is no "one size fits all" model to determine whether the crew should land overweight or reduce the weight by dumping fuel. The crew will consider all the relevant factors on the day and using their knowledge, skills and experience, make a decision which best suits that unique scenario.