Want To Learn How To Fly? Start Here

Articles
Mike Arnot is the founder of Boarding Pass NYC, a New York-based travel brand and a marketing consultant to airlines. A private pilot, he can sometimes be found above the skies of New York City.
Follow
June 16, 2018
•
5 min read 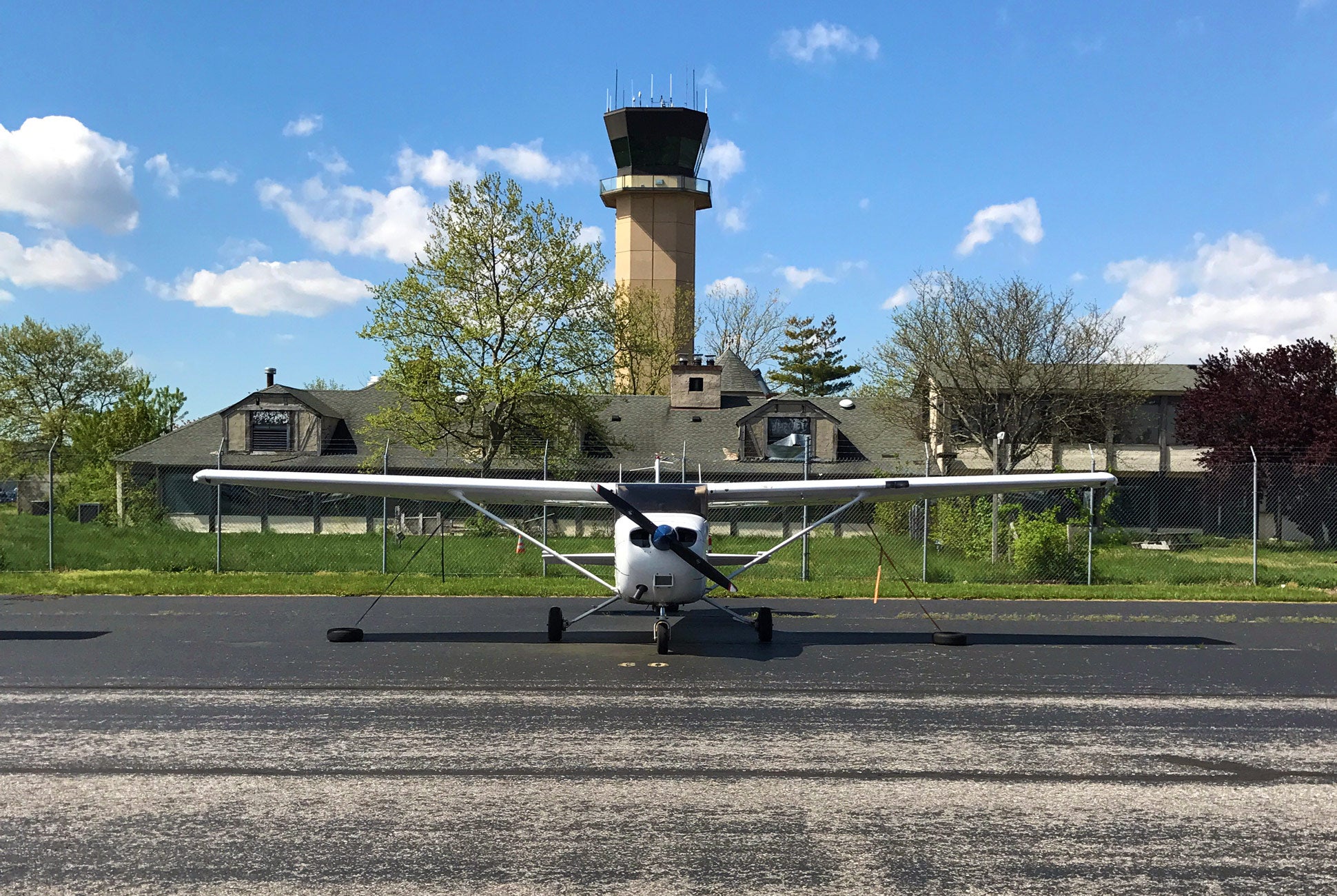 Want To Learn How To Fly? Start Here
This post contains references to products from one or more of our advertisers. We may receive compensation when you click on links to those products. Terms apply to the offers listed on this page. For an explanation of our Advertising Policy, visit this page.

When I was eight years old, my parents rewarded me with my first flight on a commercial airline. I remember every single detail of each leg. In fact, the flights themselves are the only thing I remember vividly about that trip. I took the window seat, and my nose was glued to it the entire flight. (I'm sure you can relate.) Best of all? I was privileged to spend about 20 minutes on the flight deck. That was no big deal back in the '80s, especially for kids.

It was an Air Canada Boeing 727. This was a popular plane in its day. My dad snapped photos the whole time. The captain called me forward and had me turn (under his control) what I now know was a heading bug—a small dial to set a particular heading. With my twist, the plane banked ever so slightly to the right. It was amazing.

This amazing experience aside, I never considered becoming a professional pilot, even after attending military college. Several classmates are flying around the world for the Royal Canadian Air Force or with Canadian carriers. That wasn't my path.

In the meantime, flight simulators such as X-Plane started to become incredibly realistic. I started to catch the flying bug. However, when flying a simulator without any training you quickly realize that 1) you don't know what the switches and dials are for, and 2) you need actual training to do it properly. Otherwise, it's just a game and I'm not a gamer.

After reading some key books and getting bored of chair flying, I decided to get my pilot's license. You can too.

Here are some tips to inspire you to get out there and up there.

1 - Read Stick and Rudder and the Airplane Flying Handbook.

Your first step should be to learn about the principles of flight. Buy and read "Stick and Rudder" and the "Airplane Flying Handbook." Stick and Rudder is the quintessential book about flight. Written in 1942, it is a clear and crisp primer about how planes fly and how to fly them. It's a classic. The Airplane Flying Handbook is a publication from the FAA; you can read it online for free and print it yourself or buy a pre-printed version on Barnes & Noble. This is a more technical and comprehensive read, and you'll refer to the handbook in your training frequently. You can't beat this free resource.

X-Plane is incredible software. You can fly anything and everything from a Cessna 172 to the Queen of the Skies. Play around with the big metal for a while and then get serious. Stick to the Cessna 172 that comes standard with the software. Invest in an inexpensive yoke (skip pedals), and download and print a Cessna 172 checklist. Follow the checklist and teach yourself. X-Plane will familiarize you with this trainer aircraft, help you quickly discover what you don't know, and inexpensive.

3 - Take a discovery flight at your local flight school.

No matter where you live, there is a general aviation airport with a flight school nearby. Call them up and take a discovery flight. What you will discover is that you've got the aviation bug and that you want to learn how to fly. (If you're in New York, I suggest Long Island Aviators. If you're anywhere else, find a school that looks like these guys. Professional, relatively affordable, and aviation-community oriented.)

You'll strap into a Cessna 172 or a Piper Cherokee and start to learn from the moment you walk on to the ramp. You'll fly with an instructor who is on his or her way to becoming a commercial pilot. (My first instructor is on her way to Delta, and my second instructor is almost out of the gate. They need to build to 1,500 hours of flying time to get hired at a regional airline.) Your instructor will quickly squash any bad habits you learned flying a simulator.

Over the years I saved money to buy a fancy watch. I sold that watch to pay to learn to fly and I've never looked back. Flight training costs vary depending on where you live. It's less expensive to learn to fly in places like Iowa or Arizona than it is in New York or the Bay Area, for example. It's also less expensive at a smaller, independent school or club. Do your research. The costs vary widely but anticipate that your private license will cost $9,000. To become an airline pilot, it'll cost you upwards of $70,000. (But good news: the training can be financed, there's a huge shortage of pilots and salaries are strong.)

Learning to fly requires manual dexterity and focus. The studying required to get your private pilot's license (let alone instrument rating, commercial pilot's license and ATP) is intense. You need to be able to dedicate time to your training.

Getting your private license is the very first step to becoming a commercial pilot. Pilots are in high demand and the career outlook is great. Men and women in their 40s are just starting out on their journey to becoming an airline pilot.

And if that's not for you, there are plenty of great views to be had once you've learned to fly.