Articles
Andrea M. Rotondo is director of content operations at TPG. She's trailed an orca pod from a skiff in Alaska’s Inside Passage, had an allergic reaction to a cheetah she met at a South African rehabilitation center and hiked the Borneo rainforest to glimpse orangutans in the wild — and she's written about it all.
Follow
Oct. 01, 2019
•
10 min read 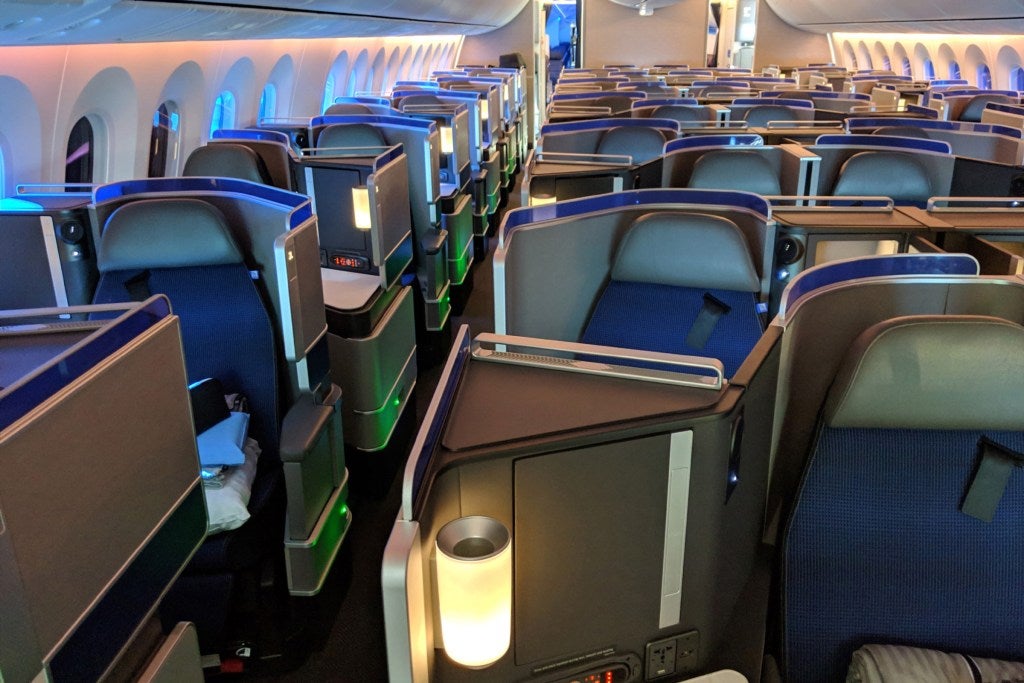 I try to be an optimistic person and think the best of both people and companies. My first instinct is to be understanding when there's a mishap. After all, most customer service hiccups are simply accidents. We're all human, so why not give the other party the benefit of the doubt?

But there's a difference between a legitimate whoopsie that's a true rarity and a pattern where the same problem persists and continues to thwart unsuspecting customers. While I can give a pass on a true accident, I'll press for a fair resolution when it's clear the problem shouldn't have happened in the first place. This is my beef with United and its longstanding problem showing phantom awards.

What is phantom award space

Back in 2013, TPG contributor Jason Steele outlined United's problem with phantom award space on partner airlines. That problem persists to this day, and six years later, it's difficult to believe that United and its partners have not found a way to fix the glitch.

To be clear, United's isn't the only award-booking engine that experiences phantom award availability from time to time. Alaska Airlines recently deactivated online booking of Icelandair awards due to a high failure rate when customers actually went to finalize the booking process online.

When and how does this problem happen?

While there are a lot of aggravating things about phantom award space, what will make you tear your hair out is the fact that the problem is intermittent. You can't guess when the issue will occur, so you run the risk of transferring points to your United MileagePlus account from, say, Chase Ultimate Rewards to book an award only to be shut out when clicking "Confirm" on the booking. This is basically what happened to me.

I was booking return award flights from Paris for a second try at a trip postponed by Hurricane Dorian. I had previously booked our fights to Paris via United's website. The flights were on Star Alliance partner Austrian Airlines and the transaction went through with no problem.

A few days later, a good routing, also on Austrian, became available for the return trip. I transferred points from my Chase Ultimate Rewards account to United and went to book the flights. That's when I got the error message.

I don't often fly United or its Star Alliance partners (I focus on Oneworld) so this glitch took me by surprise even though I had heard of it years ago. I thought, "United can't still be having a phantom award space problem. Surely they've fixed it by now!"

Sure, it is totally possible that someone could have beat me to those award seats. But according to United's website, there were five seats available. The site kept showing this availability for a few hours before I had a chance to call United about the issue. (The same five seats continued to be offered via United's site even after the day I called United and it confirmed it was phantom space.)

If I had been smart, I should have first checked ExpertFlyer to see if its search turned up available Austrian awards before I transferred my Ultimate Rewards points. But, I didn't do that. (ExpertFlyer is owned by TPG's parent company Red Ventures.)

I learned that lesson, and a week later when I was about to book a Swiss award via United for a different trip, I preemptively checked availability with ExpertFlyer. It said space wasn't available on one leg of the itinerary. I called United to double-check and, sure enough, that award also wasn't bookable, even though United's booking engine was still showing it. ExpertFlyer stopped me from possibly transferring Ultimate Rewards points to my United account for no reason. ExpertFlyer then also helped me find truly available alternative award flights that I successfully booked. In other words, ExpertFlyer is your friend.

What to do if you encounter phantom award space

OK, so say you're looking for a partner award on United website. You see availability, start to book and at the last step of the booking process you get the upsetting error screen. When that happens, call United right away. You’ll likely be told, "What a shame, the space is gone" … even though the site may continue to show the availability for hours to days after you tried to book it.

Before you reach out to United, read through Jason's advice. Armed with that information, I called United about my problem. This is how it worked out for me.

As expected, the first rep told me that the award seats weren't available, and someone must have beat me to them. So I asked her why United's website was still -- several hours after my first attempt to make the reservation -- showing five awards as available. That's when she changed her tune a bit and admitted that sometimes they have problems with partner awards showing even though there's no availability.

I asked if there was anything she could do since I had transferred points into United specifically to make this award reservation. I told her we could take any flight from Paris that landed back at any East Coast airport. She asked what our preferred final destination would be and I told her Jacksonville, even though we usually just buy positioning flights for transatlantic awards since it's nearly impossible to get everything aligned for both the short hop and long haul all on one award.

Related: Best ways to use miles to fly to Europe

To her credit, the rep diligently looked and did find premium economy award availability on a pair of United flights. But, I pressed, we were trying to book into business class and inquired if she could open up award space in business class? After all United, however unintentionally, led me to believe there was space available, and that information made me transfer Ultimate Rewards points to United, which I now couldn't transfer back.

She said she was sorry but she couldn't open up award space. I asked to speak with a supervisor and she put me right through.

The supervisor I spoke with was very good and I got the best outcome possible: He opened business saver awards on United's own flight from Paris to Newark and then also on a flight from Newark back home to Jacksonville. He happily, and quickly, booked us those awards. The duration of the entire call, speaking with two people, was about 50 minutes. Your outcome may vary, but it is possible that United will step up when there's a real problem and you're in a bind.

While we were really looking forward to flying Austrian's business class cabin, the United flights cut back on our total transit time and number of connections and cost us 20,000 miles less than if I could have booked the original itinerary on a partner. That's a big win in my book.

Be aware of the problem and be proactive

I was thankful United made good and opened award space for us. But, to be honest, I am dismayed that this problem persists after so many years. Not everyone reads The Points Guy or even knows phantom award space is a thing. Plenty of people likely run into the same issue, haven't heard of phantom award space and just take United's explanation that the award seats were just snapped up.

If you're about to transfer points to your United account to book a partner award on United's website, it wouldn't hurt to call United first to make sure those awards are "real." Or, search ExpertFlyer for award availability.

United's advice regarding this issue

TPG reached out to United and the airline had this advice for customers that may experience this issue:

"United offers a huge selection of award flights operated by both United and partner airlines and members can book these flights through united.com and our mobile app. Award availability constantly changes as customers book flights. If a customer transfers their miles to United, our contact centers can assist with confirming which awards are still available and help them find an option to use their miles."

This situation illustrated to me once again why it's important to keep up on all frequent-flyer news. Also, you have to be persistent when these issues happen. Be polite, but plead your case and explain the exact resolution you want. Make sure it's a resolution the travel provider can make happen. In this case, that meant feeding the frontline rep, and later the supervisor, the exact United flight numbers that would work for us. Thankfully, this story had a happy ending.

Have you ever been burned by phantom award space? Were you able to resolve the problem?

Featured image by United elites can use PlusPoints to confirm an upgrade in advance. (Photo by Zach Honig/The Points Guy)