The Ultimate Drinking Guide to Dublin 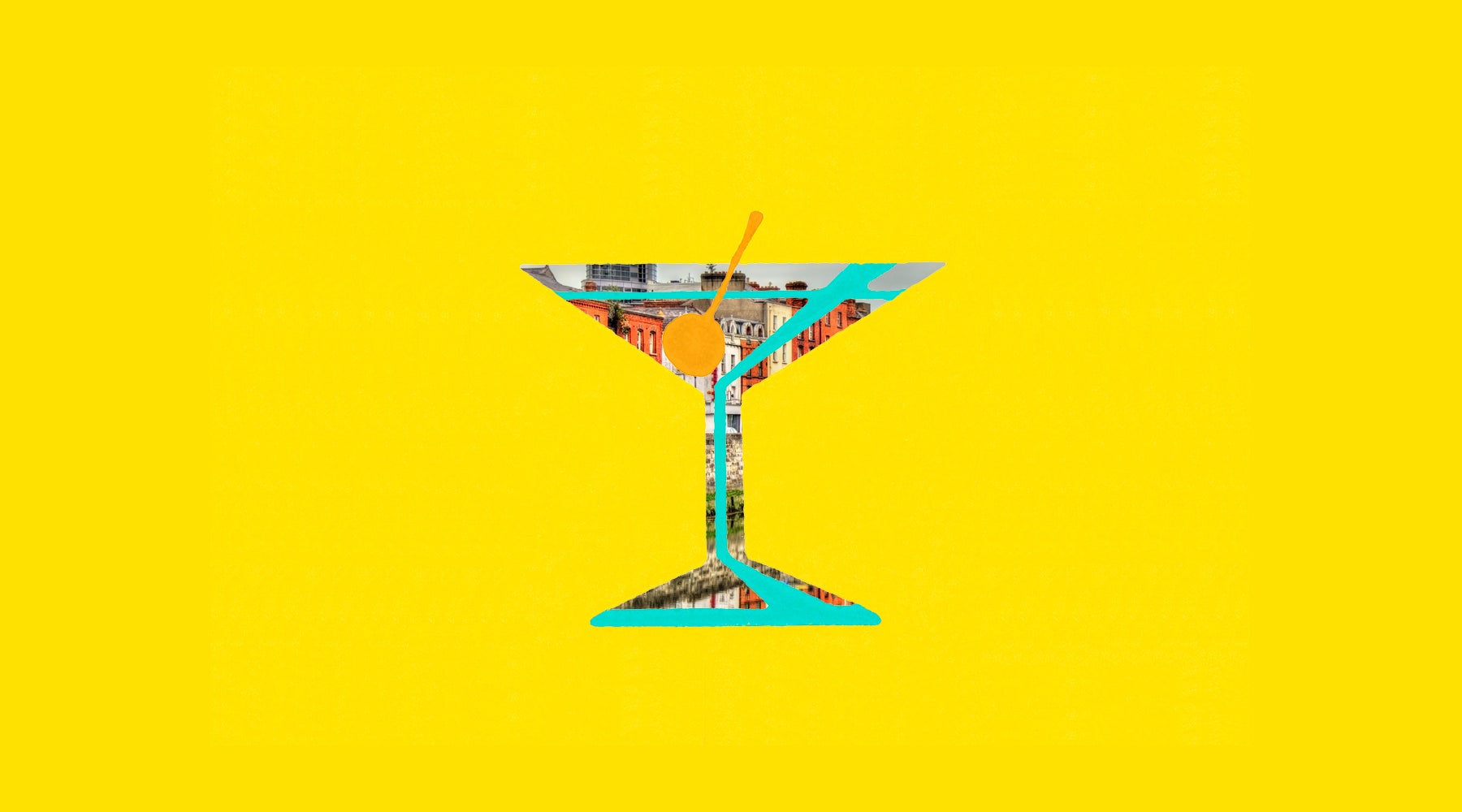 Dublin is the metropolitan epitome of quality trumping quantity. Although the Irish capital holds only half a million residents, its bar scene is as substantial as a city 10 times that size, and ambling your way from one wondrous watering hole to the next is an exercise in inevitability. On and around St. Patrick's Day, the pubs are filled and the occasional parade passes by, but truth be told, it’s hardly more raucous than any typical weekend here. Every day provides another great reason to raise your glass in Dublin. Travel enough and you might find a city as fun to drink through, but you’ll burn through a barrel full of points in the pursuit. Save your miles and head to the heart of the Emerald Isle instead.

Your signature cocktail in Dublin flows with the time of day and if it’s before noon, it's hard to outmaneuver a proper Irish coffee. For those who think they’re all created equal, the bar at the Teeling Whiskey Distillery puts such absurdity to rest, post haste. Located in the Liberties neighborhood, it is, incredibly, the city’s first new distillery in over 125 years. Come in when they open at 10:00am for a creamy cup of joe, laced with the brand’s signature Small Batch and topped off with orange zested cream and grated nutmeg.

By the time the early evening rolls around, make your way to Coppinger Row for the bar’s cheekily labeled libations. Slane’s Steed is a catchall crowdpleaser enlisting its eponymous, triple-casked Irish whiskey — made in a legendary castle north of the city — to mingle with sherry, ginger, and cinnamon in a heavenly swirl of subtle spice and sweet.

Just off the northwest corner of scenic St. Stephen’s Green is Grafton Street, a bustling promenade lined with many a magical setting for food and drink. Unfortunately, it’s also strewn with overpriced tourist traps. To avoid the snare, head one block east to Dawson Street; here you’ll find the city’s coziest den for high-minded mixology. Peruke & Periwig is a two-story affair, housing a more casual craft beer environ at ground level and hiding a Victorian parlor one floor above. The drink menu is broken down by musical genre, featuring balanced victuals built on improbable ingredients. In one classic example, beetroot and balsamic combine with an Ophir's Oriental-spiced gin to form The Beet Goes On. To pair alongside it on the wooden candlelit tables is an assortment of old country cuisine ranging from pressed rabbit and black pudding to venison pie.

Since 1759, the St. James Gate Brewery — several blocks south of the River Liffey — has been continually churning out Guinness stout. Even as Ireland sows its craft beer seeds in the 21st century, it’s impossible for any self-respecting drinker to put off a pilgrimage to this hallowed site. There is a palpable sense of history percolating from the surrounding sidewalks, but it’s hardly as satisfying as what waits inside. In 2000, the brand opened the Guinness Storehouse — a seven-floor, mixed-use construct reminiscent of a pint glass. For around $24, visitors work their way up an interactive museum towards the penthouse Gravity Bar, where they are greeted by a fresh pour of the namesake stout, along with circular panorama of the Dublin cityscape.

The joy of luxury lodging in Ireland is that it affords all the amenities with none of the overindulgent flash. This humble elegance is embodied to perfection at Iveagh Garden Hotel, in Dublin's city center. Stately accommodations start at around $144 and provide easy access to its namesake park, which hosts live music and comedy acts throughout the summer months. Back inside, belly up to the bar at Elle’s for an inspired rendezvous with both gin and tonic. Or mine one of the city’s most expansive brown spirits menu to discover the Emerald Isle’s newest releases, such as Lambay Irish Whiskey, named after a small island just off the city’s coast. No thirst is too large to be tamed by the city of Ulysses.

Irish whiskey, once the most popular spirit on the planet, is regaining its footing as the fastest-growing category of booze in the US. This resurgence is driving ever-more-experimental expressions into American markets. Tullamore D.E.W. for example, has begun marketing whiskeys finished in casks that once held stouts or ciders, to brilliant results. But for a far more traditional example of how elegant and well-rounded this category of booze can be, you’ll need to save room in your suitcase for a bottle of Redbreast 21. This rich and redolent liquid is typically priced at around $200 in its native home, a fraction of the cost it secures after making its way across the pond, in increasingly scarce supply.

Prices accurate as of publication date.